When you don’t have time for a sit-down lunch, these places have got you covered. 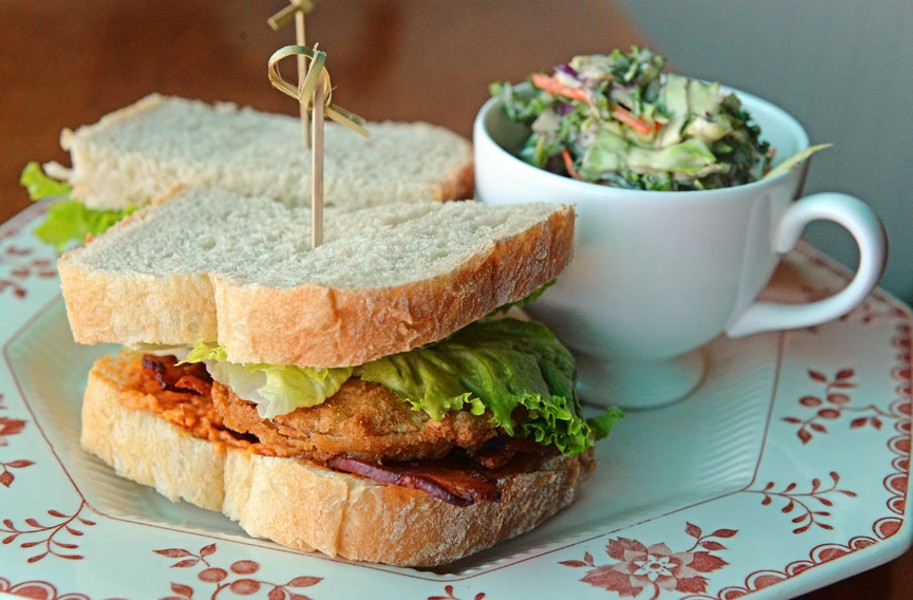 Consider the humble boxed lunch. Self-contained, portable and reminiscent of childhood lunch boxes, it might seem like the anti-restaurant experience.

But is it? Within the box is a complete meal, from entree to sides to dessert and beverage, prepared by a trained kitchen. Rather than being served course-by-course, it's a box of courses to eat as you like. Think of it as being back in the cafeteria, except with far better food.

The righteous grandmother of boxed lunches in Richmond is Sally Bell's Kitchen, known as much for its longevity — it's been a fixture since 1926 — as for the fact that its boxed lunches are still tied with twine. Just make sure you indicate your preference or you'll get tape. Where are the memories in that? Besides sandwiches, sides and upside-down frosted cupcakes, the boxed lunches earn Southern bona fides with cheese wafers and deviled egg halves. Should you opt out of the wafer and egg, you'll get a bagged lunch and, as any self-respecting Richmonder will tell you, that's just not the same.
2337 W. Broad St.
644-2838

Over in the Westhampton neighborhood, Lulabelle's asks for 24 hours notice for boxed lunches, but in addition to sandwiches, it offers quiche and a selection of main dish salads. Creative sides such as kale slaw and white bean salad are a welcome change from standards like potato salad and chips.
5714 Patterson Ave.
658-3617

Deviled egg devotees also can get their fix with boxed lunches from Homemades by Suzanne in the John Marshall Hotel, where an egg is standard issue. Worthy of note are the sandwich choices, which range from back-fin crabcake to Virginia baked ham, with an array of homemade desserts such as seasonal fruit cobbler, chocolate chess pie and carrot cake.
101 N. Fifth St.
775-2323

Beyond the intriguing possibilities of an arugula popcorn salad, Liberty Public House counts almost as many salads as sandwiches on its boxed lunch offerings. Popcorn, warm bread and pickled jalapeño slaw are among the more interesting sides available, and dessert options include a gluten-free peanut butter chocolate-chip cookie.
418-A N. 25th St.
225-8275

Lola's Out of the Box Lunches

With sandwiches called the Westender, the Yuppie and the Mama's Boy, Lola's Out of the Box Lunches takes top prize for serving up box lunches with a side of humor. For a throwback to school lunchrooms, the homemade Ho-Ho, a chocolate cupcake with creamy white filling and chocolate icing, will make you forget all about the plastic-wrapped original. And no one will know if you eat it first.
10 E. Franklin St.
266-5652

The Mill on MacArthur

Vegetarians, you're going to appreciate the boxed lunch offerings at the Mill on MacArthur. Of note are an artichoke po' boy, a hummus wrap, a roasted veggie sandwich and the banzo burger — a vegan burger of chickpeas, red onions and zucchini — plus plenty of omnivore pleasers. Whether you're in the market for a meaty lunch or a plant-based one, you'll have to plan ahead to score a boxed lunch from the Mill, which requires a 12-hour notice.
4023 MacArthur Ave.
716-1196

When it's a small or large group you're trying to feed, Coppola's Deli, Olio and Lift Coffee Shop offer boxed lunches as part of their catering arms. That means it's possible to order boxed lunches from Coppola's with the Industrial, the standard bearer for Italian heroes, as the centerpiece. Or Olio's Arc de Triomphe on a satisfyingly toothsome baguette. Lift even does a balsamic chicken cold plate as a lighter boxed lunch option. Delivery is available for a small fee.