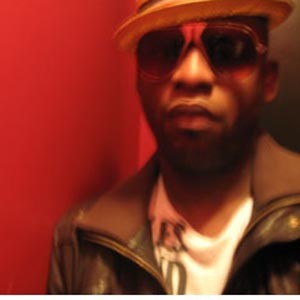 In the late 1990s, Jean Baptiste was a journalism student at Virginia Commonwealth University who, in his spare time, fronted a band that played then-popular spots including Richie's and Hole in the Wall. Cut to February 2010: Baptiste is accepting a Grammy, and celebrating the milestone by eating Mexican food at some L.A. dive with his buddies the Black Eyed Peas.

Baptiste is fast becoming the next multifaceted, nongenre-specific songwriter of the moment: He co-wrote “Acapella” by Kelis, a throbbing, wailing, instant-hit-in-Europe sounding track that's lighting up the dance charts internationally; he's also been working with Good Charlotte and Rihanna.

Is he still fond of Richmond?

“Of course,” Baptiste says by phone, on which he repeatedly says that God is good, or notes how blessed he is. “That's not a stupid question. No matter what happens, the best years in our life were in Richmond. We didn't have to have anything. We were so broke. I had a hole in the wall above my mattress.”

Baptiste was one of the lead emcees in the band Infectious Organisms. If you were in Richmond in the late '90s and followed local, live, hip-hop acts, you no doubt recall the group — a tribe of VCU students that included two emcees, a bassist, guitarist and keyboardists — that blended of hip-hop and ambient grooves.

They were quite good and they had a lot going for them, not the least of which was ethnic diversity — the members were black, white and Filipino. It helped them appeal, potentially at least, to everyone. Performances were energetic, and, well, infectious, and their timing was good because this was the era just before hip-hop became the monumental bore that it is now, with bands like the Roots and OutKast making alternative rap music commercially viable and cool.

Infectious played and held house parties, entertained at Mayo Island and the Floodzone and all the other appropriate places, and landed some fairly impressive gigs opening for important, heady groups. Baptiste says playing Richmond primed him for the big time. “I learned you have to separate art from commerce,” he says. “Art doesn't make you money unless you die. The second thing I learned is that desperation is not cool. I had desperate, hungry energy.”

The band moved in 2000. School became a financial strain, and besides, that wasn't what Baptiste wanted. It was either North Carolina or Philadelphia, and the band chose the latter because the Roots were there and doing well and, according to popular mythology, the band was nurturing a sort of utopian, post-hip-hop artistic society full of rappers and poets and singers and the like.

Once in Philly, the group continued gigging but the critical acclaim and buzz didn't pay bills. Discontent brewed in the band. Playing bars was getting old, as was living in a house with bandmates and having, after rent, something like $150 spending cash for the month.

“I was like, ‘I wanna be successful,'” Baptiste says. “But some of the others were like, ‘I don't want to compromise.” He made a decision, he says: “I stopped playing bars.”

In the meantime, Baptiste had been in regular contact with his friend will.i.am. The two met many years prior, in 1996, when Will's then-burgeoning group, Black Eyed Peas, was opening for Outkast. Baptiste, who studied journalism only so he could meet musicians, had been dispatched by a VCU student 'zine to write about the show. While he waited for his interview, someone told him to sit tight, and why don't you chat with this guy will.i.am?

The duo hit it off and kept in touch. By the time Baptiste moved to Philadelphia, the Peas had become more popular and will.i.am had enough juice to sign Baptiste to a publishing deal.  He also had an internship at Matador Records, and he'd spend a few days each week working in New York. He got closer with the group, and got various freelance projects, such as working for Apl de ap, another Black Eyed Pea.

He was working in New York, not far from the World Trade Center, on 9/11. Naturally, in the immediate aftermath of that day, the idea of flying on a commercial airplane petrified all but the daredevil few. And that is, as fate would have it, exactly when Baptiste got a call from will.i.am.

Can you fly out to Los Angeles?

“I was like, ‘I'm not flying,'” Baptiste says, chuckling. “But my girlfriend at the time was like, ‘You need to take this flight. It'll change your life.'” So he went, and began working on the songs that ended up becoming the album “Elephunk.” It marked Fergie's advent with the group, the album with the monstrous “Don't Funk With My Heart” that charted at No. 14 on the Billboard 200 and went on to sell more than 8 million copies worldwide.

“Will was like, ‘Quit your band and do songwriting,'” Baptiste says. Six months later, he quit Infectious Organisms and returned to Los Angeles.

Today Baptiste has a collective called Free School, which is steadily racking up production credits for some of the biggest artists today. He's very proud, rightfully, of the work he's done for Kelis. Her new album debuts in Europe in May and stateside July 6. The buzz in the music world is that this is some of the dance diva's strongest work to date — and the collaboration happened not through Baptiste's powerful connections but completely by accident. Baptiste was at a pizza shop near the studio. “I walked in and heard this loud arguing,” he says. “The owner was having this argument — screaming about this fucking crazy woman. I see the woman, and it's Kelis.

“I said, ‘What's wrong?' And she said, ‘I want raw pizza dough so I can make pizza at home and he won't give it to me.' [The singer is reportedly a terrific cook.] So I said, ‘Just sell it to her!'”

Kelis came up to Baptiste's studio, heard some music, and stayed in touch. One day, during the midst of her pregnancy and nasty break-up with the rapper Nas, she called up Baptiste. “I'm ready,” she told him.

The resulting album, “Flesh Tone,” produced by David Guetta, has critics and fans salivating, as well as record labels — a bit of a coup considering that just three years ago Kelis had been dropped from the Jive label. Baptiste serves as an executive producer on the project, which Billboard magazine already has picked as one of the year's “best bets.”

But even though he's rolling with one of the biggest crews in pop music, he's still humble Jean Baptiste, the guy who used to literally play holes in the wall here in Richmond. He hasn't been back in awhile, but the city remains part of him forever. “I hold onto those memories really well,” he says. “It was a magical time.”