The creative minds behind our everyday experiences are fueling a new kind of design sector in Richmond.

A display of their work stands in a corridor, including bright green cartons for Canada Dry drinks, yellow plastic bottles of Turtle Wax and French's mustard, and boxes for Budweiser and other beer brands.

"It's a tremendously creative place," says Hung Le, vice president of global design, who oversees 32 designers in Richmond and 68 others in spots such as Australia and Brazil. They churn out paper and plastic packaging for global consumer goods giants and small companies alike.

With companies such as MeadWestvaco, Richmond is becoming a rising center for industrial design. It had locked in advertising design, thanks to the Martin Agency, but not many people realize the newfound prowess of industry.

Tucked away downtown and in Innsbrook, industrial designers are coming up with fresh ideas on new kitchen appliances, office layouts and easier-to-comprehend medical laboratory reports of good and bad cholesterol levels.

White-goods makers used to consider design only at the end of a new production evolution, says Mark Steiner, director of industrial design at Hamilton Beach Brands in Innsbrook: "Now the process is in-depth and ingenious."

His firm has a small core of six designers, but they work constantly to come up with new styles for everyday devices such as electric blenders or slow cookers. Often, the team comes up with a new design riff on a product that's been successful for decades. His firm still upgrades the Proctor-Silex brand of coffee makers distinguished by the World War II-era round, glass pitcher.

Or, the designers can come up with something entirely new. Steiner's team regularly scans its market for what could be improved or introduced. A big idea hit recently. People like breakfast sandwiches, notably the famous McDonald's Egg McMuffin.

There are plenty of machines to handle sandwich-making, especially panino grills that toast bread and melt cheese. But, says Mary Beth Brault, a spokeswoman for Hamilton Beach, no home product could do everything, including cook eggs. Designers got busy at their West End Skunk Works, developing prototypes using a multilayered machine that would toast bread, warm meat, melt cheese and cook eggs. It was the classic invention process: brainstorm, test and fix.

"The first prototype didn't cook the eggs fast enough," Steiner says. Adding a special type of aluminum did the job and production started in China. Introduced last April, the breakfast sandwich maker became a hot seller, retailing at many stores for about $30. 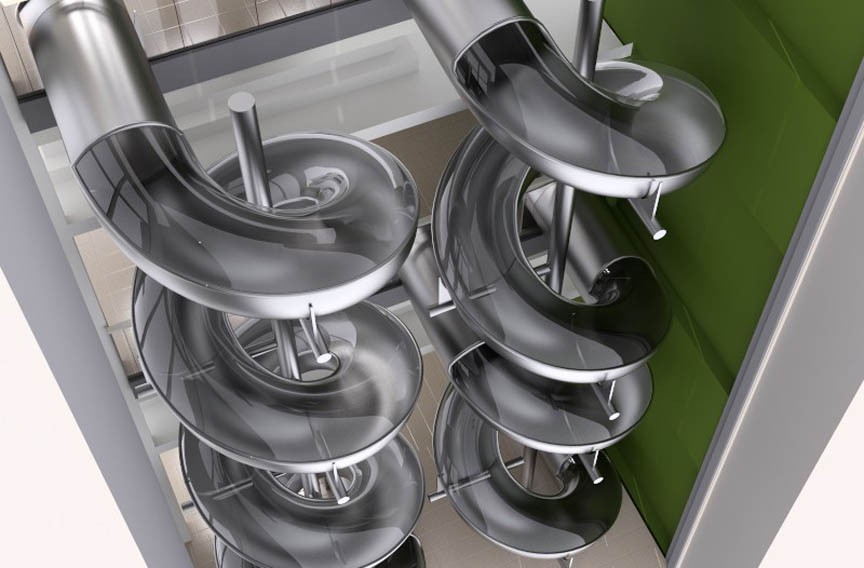 The same kind of think-and-dabble process worked at Health Diagnostics Laboratory, a start-up that sprang from the Virginia Biotechnology Research Park to grow into a 400-employee company that's finishing a new six-story building at Fifth and East Jackson streets downtown. It will feature huge, playground-style slides to get people from higher floors to lower ones.

The company's mark in design involves its standard medical report, which can indicate the results of laboratory testing for blood, cholesterol and other health markers. Typically, such reports are a mass of numbers confusing to laypeople. But in 2009, the lab introduced a revamp, listing various data clearly and highlighting them in green as "optimal," yellow as "middle" and red for "we have work to do," says Dr. Tara Dall, its chief medical officer.

Dall says she's worked for 15 years trying to explain such reports to patients and has never seen such a clear way to make an impact, especially with the color highlighting. "It really motivates people more than just seeing something in black and white," she says.

While industrial designers create, they must balance any number of problems. Should they go for aesthetics or functionality? Should they try to dazzle customers, or will overreach turn them off? And if you develop a winning design, how can you make certain that a competitor won't quickly rip it off with a cheap knockoff and make money that's due you? "Intellectual property is a huge focus for us," Steiner says.

Le says that MeadWestvaco is constantly weighing design functionality versus looks, but that studies tend to show customers actually like stuff that works well rather than just looks good.

This is especially true in packaging that's key for MeadWestvaco, which moved its headquarters to Richmond from Connecticut nearly 10 years ago. One strategic goal for the $5.6 billion company is to keep shifting its products away from basic wooden goods such as fiberboard to higher-profit paper and plastic packaging. 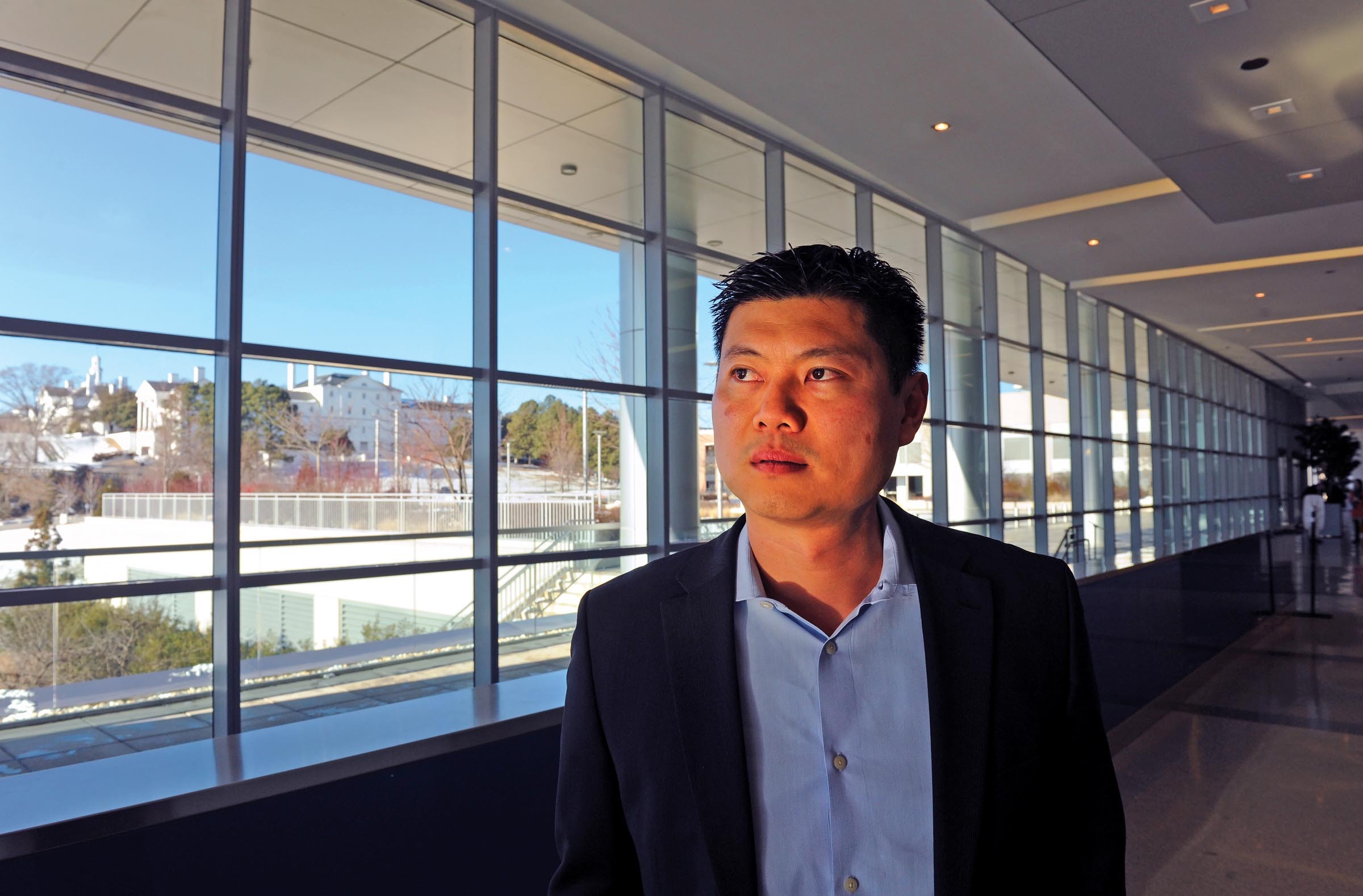 One trick, Le says, is to attract customers in a grocery or mass retail store through the design of a product's packaging and keep the customer coming back. If customers can't open plastic clamshell packages, they'll go through "wrap rage" and won't be repeat buyers, Le says.

Factoring that in is hugely important, he says, but so is a host of other design factors. The package must be made so that the goods can't easily be stolen, because theft is a big loss generator. The packages also must be strong enough so that goods can be stacked atop each other without breaking or spilling.

MeadWestvaco has come up with special designs of 12- or 24-bottle packs of long-neck beer that can be more easily lifted. The design indents the cardboard boxes at the top so buyers can lift them more easily.

At the same time, company designers in Richmond and elsewhere must consider global realities. "A 24-pack, long-neck bottle container works well here, but it won't work in Japan," Le says. Why? "Their apartments and refrigerators are smaller and the packages won't fit."

Pharmaceutical packaging also requires special design consideration. The trend is away from simply putting prescription medicine in plastic bottles as has been done for 60 years, Le says, to putting medicine in paper and aluminum packages that dispense pills individually. "This is called 'adherence' packaging because it encourages people to take the proper dosage on time," he says.

Trends are to develop stronger and more earth-friendly materials. As Richmond's industrial design capacity grows, so too will its recruitment. Le, graduate of Virginia Tech and Virginia Commonwealth University, has two VCU grads working in his design shop, although the university doesn't offer an industrial design degree, despite its strength in graphics design. Perhaps that will change as local opportunities grow.