From "Gatsby" to "World's End": a roundup of summer movie blockbusters and head scratchers. 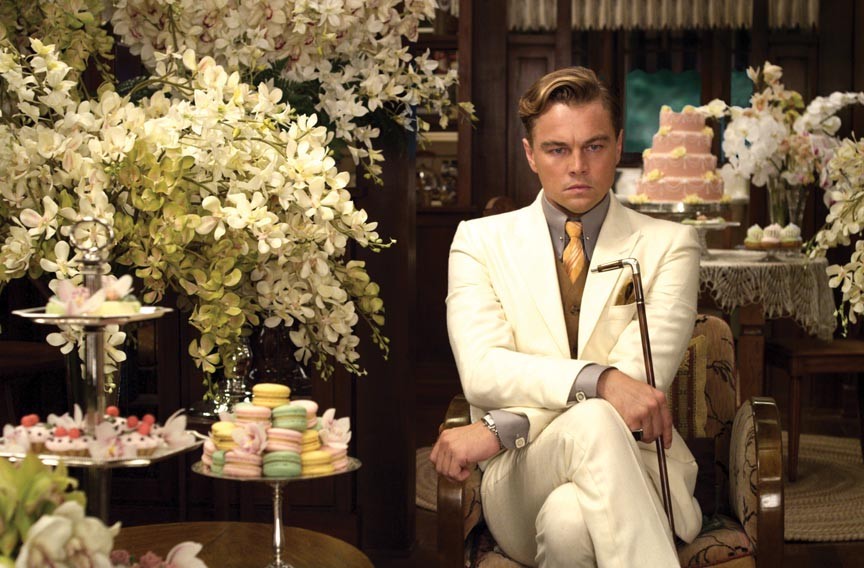 "The Iceman" — Not to be confused with that "Iron Man" film, which opened the same day, "The Iceman" stars Michael Shannon as the real-life killer-for-hire Richard Kuklinski, who allegedly split time as a very busy mob contract killer and family man for decades. Using a space-age iron suit he constructed at home, most likely.

"The Great Gatsby" — This mash-up of great literature and the pop musings of Beyoncé and Fergie at least is well cast (actually the doe-eyed Carey Mulligan as the frivolous Daisy Buchanan and the vacant-eyed Tobey Maguire as the reflective Nick Carraway give pause). But at least it's tastefully rendered (actually it's in 3-D). Well, at least it's all about (director Baz Luhrmann's ego) staying true to Fitzgerald's vision.

"Star Trek Into Darkness" — Some Trekkers are balking at how the J.J. Abrams reboot is flying at warp speed away from the gentle exploration of strange new worlds and into raucous computer-generated spectacle. Isn't it more disconcerting that the title sounds like a Spinal Tap song? (May 17)

"Frances Ha" — Noah Baumbach ("The Squid and the Whale") drops a black-and-white gauntlet right in the middle of summer. A fickle single woman (Greta Gerwig, "Greenberg") tries to overcome her fairly quixotic career goals — with bionic limbs and laser-beam machine guns, of course. (May 17)

"After Earth" — In one of the most surprising plot twists of the summer, M. Night Shyamalan directs another Hollywood film, starring Will Smith and son, Jaden, in a sci-fi story about astronauts who return to a future Earth that crawls with predators. At least we're getting two perfectly credible actors with great range to play the futuristic astronauts. (May 31)

"Much Ado about Nothing" — Joss Whedon ("Buffy the Vampire Slayer") modernizes Shakespeare. Absolute must-see, no matter the results. (June 7)

"World War Z" — The "Z" in the title is shorthand for, believe it or not, zombies. If anyone tells you originality is dead in Hollywood, just point them in the direction of "World War Z," the very first film about bloodthirsty zombie hordes ... to star Brad Pitt. (June 21)

"The Lone Ranger" — Disney hopes its original "Pirates of the Caribbean" producer-director team can repeat the magic. A lot of people are snickering at the idea of Johnny Depp playing Tonto, the Native American sidekick, completely overlooking the insanity that someone made a Lone Ranger movie. (July 3)

"Pacific Rim" — To say it's just a "Transformers" knockoff would be to ignore obvious and important differences. Like the fact that these giant robots were hastily built by humans to fend off rampaging sea monsters, which makes a lot more sense, frankly. (July 12)

"Elysium" — Another post-apocalyptic sci-fi action thriller, this time with Matt Damon in the action-figure role trying to save planet Earth (with bionic limbs and laser machine guns. Seriously this time). (Aug. 9)

"The World's End" — No it isn't a movie about August movies. Edgar Wright ("Shaun of the Dead" and "Hot Fuzz") gives the July 12 James Franco-Seth Rogan post-apocalyptic meta-comedy, "This Is the End," a run for its studio money with a similar comedy about friends surviving the apocalypse. (Aug. 23)

Preview-warning about sequels, reboots and remakes.

Sequels you either can't believe are happening or were unaware of the original in the first place: "Grown Ups 2"; "Cloudy with a Chance of Meatballs 2"; "Smurfs 2"; "Red 2"; "Despicable Me 2"; "Kick-Ass 2" (Various)

Sequel you thought you saw last year: "Fast and Furious 6" (May 24)

Sequel that might be a sequel, or a pre-quel, or even an alternate universe, it's really difficult to say: "The Wolverine" (July 26)

Same movie masquerading as a new movie for the second time: "The Hangover III" (May 24)

Reboot you're sure can't be worse than the last attempt, but still have your doubts: "Man of Steel" (June 14)

Proof that indies can drift into sequel overkill too: "Before Midnight" (see "Before Sunrise" and "Before Sunset") (May 24)

Movie that doesn't realize it was already released earlier in the year: "White House Down" (see "Olympus Has Fallen") (June 28)