In its 21st year, the James River Film Festival is thoroughly part of the local community.

The James River Film Festival concentrates on independent and experimental cinema, but beyond that focus it's wonderfully eclectic.

You can watch a narrative documentary about the 1913 Armory Show. Learn about the hidden history of the telephone operator. Revisit a nearly 15-year-old adaptation of "Hamlet" that still seems modern. See the "Cinderella" fable transposed to the American South in the early days of World War II.

This is the festival's 21st year, and in that time it's developed roots in the community that have spread far and wide. Festival co-founder and co-programmer Mike Jones says the festival owes much of its success to this symbiotic participation with the Richmond art and film communities, which often helps the festival "program itself."

Director Michael Almereyda, who brings his 1992 adaptation of "Hamlet" along with some of his more experimental films, was introduced to the festival this year through its connection with Virginia Commonwealth University's department of photography and film in the School of the Arts. Jones says department chair Sasha Waters Freyer knew Almereyda and helped bring him to the festival.

Former festival programmer James Parrish was a link for Jones to VCU's photography and film department artist-in-residence, Caroline Martel. She'll screen her film "Wavemakers," a documentary about the ondes Martenot, an early electronic instrument invented in 1928 by Maurice Martenot and featured in films as diverse as "The Red Shoes" and "Lawrence of Arabia."

Similarly, Jones says, director Michael Maglaras, bringing his film about the 1913 Armory exhibition, first contacted the Virginia Museum of Fine Arts about screening his film before being put in touch with Jones.

"Sometimes there's a serendipity that helps the festival comes together," Jones says.

A lot must come together to push this year's festival among the best. Here are some of the things you don't want to miss:

Yes, the festival officially starts Thursday, April 10, but there are two days of pre-festival screenings. This one will be free and funny: "Surrealistic Silent Shorts (1906-1923)" offers comic shorts throughout the silent period, all on 16 mm. Silent comedies demand audiences, often throwing them into fits of contagious laughter, so this should be a good start to the festival, beginning at 7:30 p.m. at Studio Two Three, 1617 W. Main St.

The second pre-festival night also is free, and also features some great classic film programming, with a screening of Jean Cocteau's "Orpheus," his 1950 follow-up to "Blood of a Poet." A reframing of the classic Orpheus-Eurydice tale in the present, Cocteau uses Nicolas Hayer's often stunning black and white cinematography and the story's mythic roots to explore reality and illusion. Also on 16 mm and also at Studio Two Three.

The festival is so completely enthusiastic about showing films that it even includes two free screenings in its opening-night reception, 5:30-7 p.m. at the Visual Arts Center at 1812 W. Main St. After knocking back some hors d'oeurves and drinks, take in two short films, including Jones' "Looking for the Lost Skyscraper," a documentary he made with Ken Jordan about former Middle Neck folk artist Ringo Tate, who built a now lost, 60-foot, tower-art gallery out of what his neighbors called junk. That's followed by "Song of the Cicadas," an experimental documentary by Richard Knox Robinson involving the periodical cicada and political prisoners.

Later that night the festival honors the noted documentarian Les Blank, who died last April and was a festival guest in 2001. Two films will be screened starting at 8: "The Blues According to Lightnin' Hopkins" and "Burden of Dreams," Blank's mesmerizing portrait of Werner Herzog and his near mental breakdown in the middle of shooting "Fitzcarraldo" in the Amazon jungle. Also at the Visual Arts Center.

Friday begins with Herbert Biberman's landmark leftist film, "Salt of the Earth" — blacklisted by Hollywood and praised by Noam Chomsky — showing at noon at the Richmond Public Library Main Branch, free. It continues at Virginia Museum of Fine Arts with the Virginia premiere of "The Great Confusion: the 1913 Armory Show," by Michael Maglaras, who will show the film alongside producer Terri Templeton. Maglaras wrote, directed and narrates this exploration of the highly influential Armory Show, widely considered the mass introduction of European modern art to America, using found footage, staged recreation and documentary technique. 6:30 p.m. 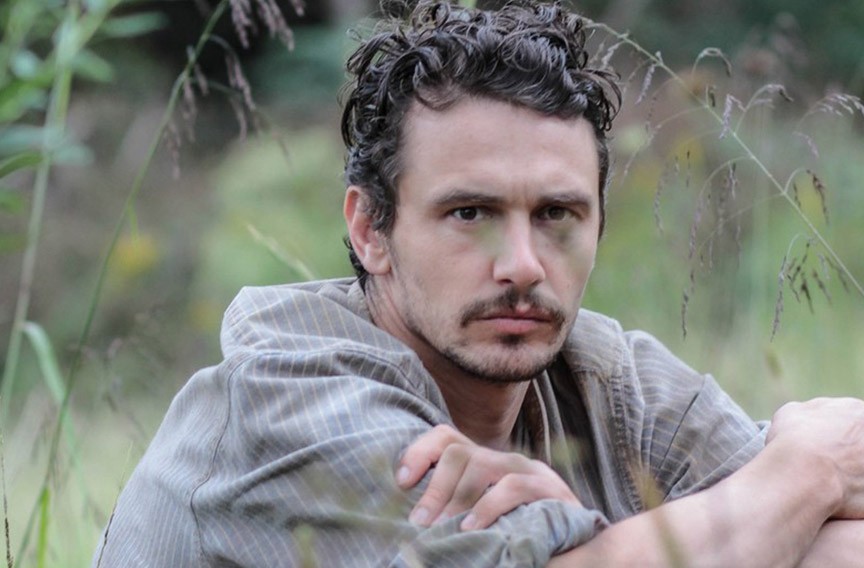 Festival guest Michael Almereyda makes his first appearance Saturday morning (10:30) at VMFA with a screening of his 2005 film, "William Eggleston in the Real World," a portrait of the American photographer famous for his innovative exploration of color photography and capturing of the mundane.

Almereyda appears throughout the day, stopping at the Byrd Theatre at 3 p.m. for a screening of his imaginative 2000 modernization of "Hamlet," transposing the play to New York with Ethan Hawke as the existentially torn heir to the Denmark Corp.

Almereyda joins Caroline Martel at 7:30 for Martel's "Phantom of the Operator," a documentary of the switchboard operator in the heyday of telephone communications, and shows a series of his short experimental films at 9 p.m. at the Grace Street Theatre.

Martel returns to the festival Sunday afternoon to show "Wavemakers," her documentary on the ondes Martenot, invented in the '20s and used by Radiohead's Johnny Greenwood in the unnerving score for P.T. Anderson's "There Will Be Blood." That's 1:30 at the Byrd Theatre.

Remaining at the Byrd, at 3:30 the festival screens "As I Lay Dying," a little-known 2013 adaptation of the William Faulkner novel by James Franco. Richmond actor and musician Coby Batty, who appears in the film, will be on hand for questions.

To Go: Much more awaits at this year's James River Film Festival. A full schedule, ticket prices and other details can be found online at jamesriverfilm.org.