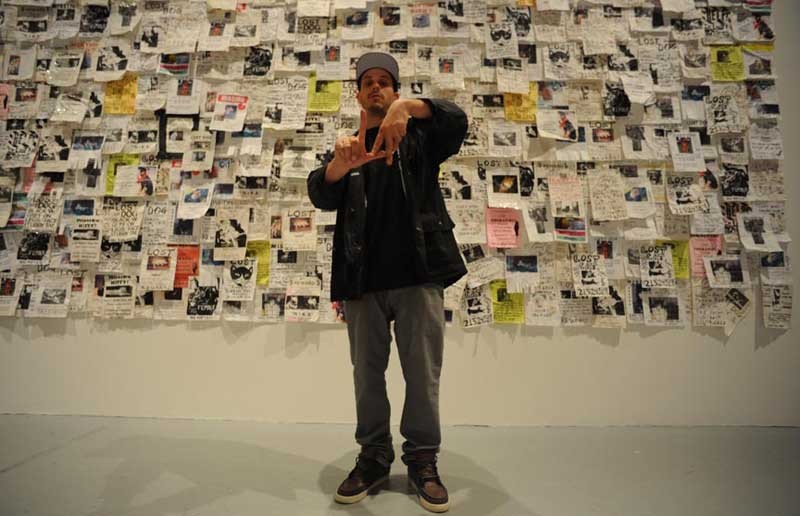 He's survived the hiatus of his celebrated underground group, Dilated Peoples, fiery exits from two record labels and a public beef with Eminem. Although Los Angeles rapper Evidence (aka Michael Perretta) may not be a household name, he's proof that what old-schoolers call "real hip-hop" still exists. Known for his clever wordplay as one-third of Dilated Peoples, Evidence has carefully built a solo career and recently released his third independent project, "Cats and Dogs." He hits the Canal Club on Jan. 20.

Style: Do you listen to mainstream hip-hop?

Evidence: I like all kinds of stuff. The weird thing about being pigeonholed as an underground artist is that [people] think that we ... moonwalk all day, try to break dance and fuckin' pop lock and shit ... walk around with graffiti cans in my backpack. It's all a part of my life and that's what I do, but I don't want to hear my music when I go to a strip club or dance club or Vegas. There's a time and a place for everything including rap, I think people just need to find what they like for the time that's appropriate, and realize that everything is dope for what it is.

Is there anything you miss about being on a major label?

The money [laughs]. The money. It's like you get big advances to do records — they don't cost what your advance is — so you end up pocketing a lot of money every year, to make a record. There [are] negative things that come with it too, you know? I'm not really here to bark on the negative or enhance the positive of a major, I'm more focused on being independent right now. I've just found that since I've been off the major, there's a lot of nice ways to maneuver if you're really into what you're doing independently.

Tell me about "Cats and Dogs."

I just had a lot of topics to talk about that weren't the brightest, weren't the easiest to talk about, so I just called it "Cats and Dogs," that way it's heavy rain and everything under that umbrella falls accordingly. I didn't make one [song] on my album that was like, "This is a hit single!" It's like a lot of similar-minded tunes, kind of reinforcing what I've been doing.

What kind of projects do you have lined up for 2012?

The next thing we're looking into right now is the next Dilated Peoples record. The plan was get off the label, do solo records, establish our identity as individuals and then come back and do a bigger one. The love is real strong in the group, it's just a creative thing we wanted to do. S

Evidence performs at the Canal Club on Jan. 20 with Ohbliv, Sleaze and Dizz. Doors open at 9 p.m. Tickets are $15-$20. For information, go to thecanalclub.com.