In Virginia, a Snake's Best Friend: the Dog 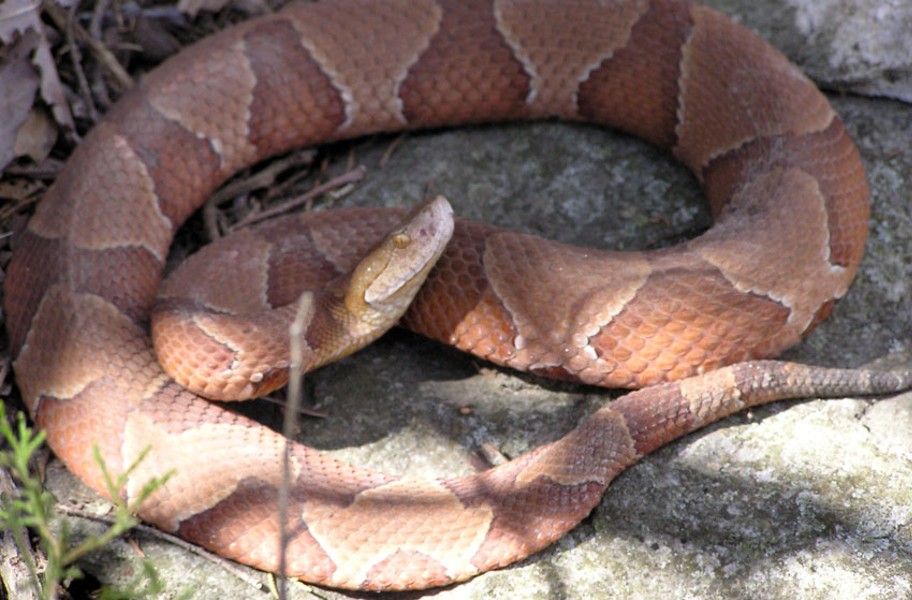 University of Arkansas A copperhead snake.

The past year saw a dramatic increase in pets being bitten by venomous copperhead snakes, according to a Midlothian veterinarian.

“It was by far the biggest increase I have ever seen,” says Dr. Marc Nay, owner of Animal Medical Center.

He says that his hospital treated about 90 dogs for snakebites in 2015 when the usual number is about 40. The pets came from an area that includes Chesterfield County and stretches south to the North Carolina border.

Of last year’s bites cases, two dogs died, although he says only one was a direct result of the copperhead bite.

Marian B. Hunter, a spokeswoman for the Virginia Department of Health, says her group doesn’t gather statistics on venomous snakebites of other animals or humans.

In the Richmond area, venomous snakebites are most likely to be from copperheads, which are rarely fatal to humans. There’s a small breeding area for more dangerous cottonmouths or water moccasins where the Appomattox River flows into the James River. There are no rattlesnakes in the local area.

In August 2014, the University of Virginia School of Medicine’s Blue Ridge Poison Center reported seeing a 50-percent spike in copperhead bites from the previous year.

There have been reports of increased venomous snakebites of humans in other states. Georgia saw a dramatic increase as well as Missouri, where a 37-year-old man died after being bitten by a cottonmouth on both legs as he waded in a river.

Nay says that pet dogs are most likely to be bitten on their face, nose or chest. Pets should be taken quickly to a veterinarian, but one problem is that their owners might not realize their pet has been bitten.

It’s unclear why snakebite instances may have increased in 2015, which was the warmest year on record in the United States. Other factors are that more snake habitats are being disturbed by development.

A copperhead made headlines in June when it was found lying underneath a car parked at The Richmond Times-Dispatch’s employee garage on Franklin Street downtown. City animal control workers removed it unharmed.