In Time for Historic Garden Week, Our Architecture Critic Revisits the Seminary Avenue of His Youth 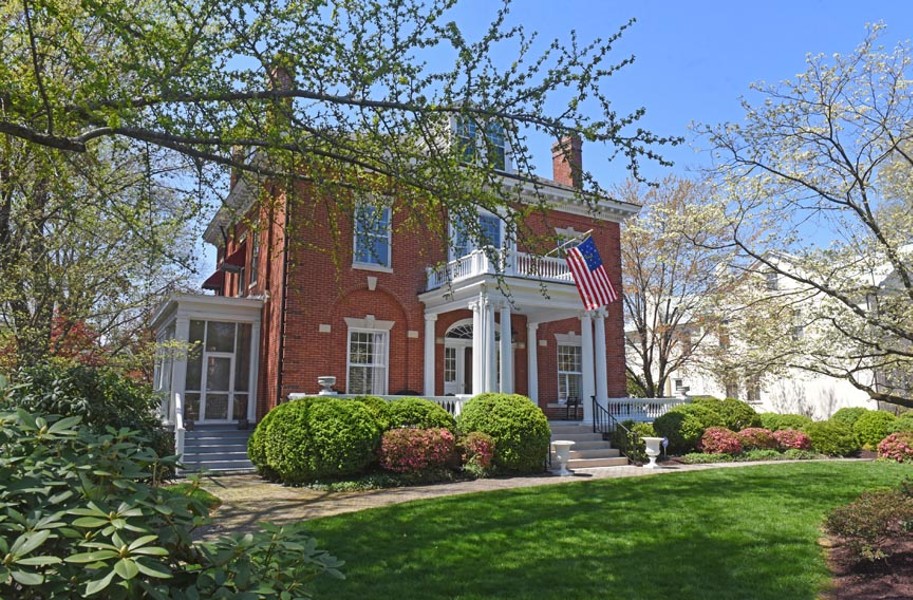 Scott Elmquist The colonial revival house at 3210 Seminary Ave. in Ginter Park is the home of Jennifer and Andrew Clark. The Watt family lived there for many years.

In summer 1960 my parents, five siblings and I moved to an old red brick house at 3218 Seminary Ave. Built in 1905, it provided more space, some architectural élan and if-the-walls-could-talk atmosphere. Sitting on a half acre, it was bordered with privet hedge, had shade trees and scattered clumps of daffodils. There was plenty of room to romp but neighbors didn't mind us cutting across their backyards to friends' houses or for hide and seek.

There was plenty of crisscrossing those yards back then since some 50 kids lived in the 3100 and 3200 blocks of Seminary. "Ginter Park is where the big families used to live," maintained Peachy Fleet, a doyenne of old Richmond, who died in 1986 at 97.

Most of the rear gardens had seen their peaks in the 1920s and '30s. These included the grounds at the Samuel Love and Lucien Curry residences at 3201 and 3205, respectively. By the 1960s there was no pressure to "keep up with the Joneses." Well, maybe one family set a high bar. They were the first to dramatically transform their house by replacing the columned front porch with something New Orleans-esque. And when they placed a discreet sign along the driveway, "Please make all deliveries in the rear" even this 11- year old found that was arch for a neighborhood where cutting grass was the minimum yard care required.

Three places I knew from my childhood in the 3200 block, and three homes in the 3500 and 3600 blocks of Seminary, will be open for Historic Garden Week in Virginia on Wednesday, April 25. The tour is co-sponsored by the Council of the Historic Richmond Foundation. Houses in two West End neighborhoods — Mooreland Farms on Wednesday, April 26, and Westmoreland Place the next day — will also be featured. Proceeds underwrite restoration of Virginia gardens that are publically accessible. In Richmond, beneficiaries since the 1920s include the Poe Museum, St. John's Mews on Church Hill, Wilton and the Grace Arents Garden at the Lewis Ginter Botanical Gardens.

Of the three featured places in the 3200 block of Seminary where I lived, two were always immaculately well-kept. Charles Wilson, an elegant old gentleman who lived at 3202 still maintained the original privet hedges that Lewis Ginter and his developers had planted in the late 1890s to unify the broad lots and disparate house styles along Seminary as well as the other Ginter Park streets of Chamberlayne, Hawthorne, Noble and Moss Side avenues. He kept his hedge at 4 feet and one entered his yard via a picket gate and followed a brick walk to the wide front porch of the white clapboard house. He was addressed as "Judge" (although he may not have been of the law) as he took his daily stride — impeccably dressed, cane in hand, fedora on head and always in suit and tie. 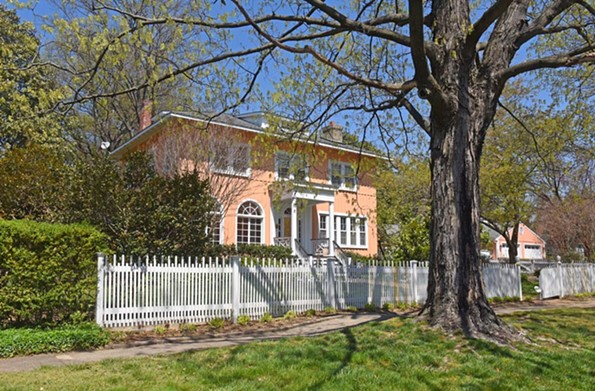 Katherine Wetzel, a Richmond photographer who grew up next door to Wilson, says her bedroom overlooked his backyard, which was lush with trees and scrubs. Those touring the garden this month will find the yard changed. Current owners Myrna and Joseph Morrissey have added a large swimming pool with an outdoor kitchen that's adaptable for gatherings large and small.

A few doors up, at 3210 Seminary, the home of Jennifer and Andrew Clark will also be open. Built in 1908, I knew it as the Watt house. It is a finely-detailed colonial revival brick house and has also been meticulously maintained. The curved front walkway and driveway, once paved in finely-chopped gravel, were always raked. The rear, oval lawn was surrounded by flowering trees and bordered with tulips.

The Watts were old-school. "Miss Lizzie" Watt, who lived there with her brother and sister-in-law and their two sons, was the grande dame of the neighborhood. Secluded behind drawn curtains, the fact that she rarely ventured out only added to her mystique. I did, however, once see her riding shotgun in her nephew Cary's maroon Pontiac convertible with the top down: Her crimp curls protected by a scarf, she wore sunglasses a la Gloria Swanson in "Sunset Boulevard." It was shock one day to receive an invitation to "Be Miss Lizzie's Valentine." We considered her too bitter Presbyterian for party-giving on a minor holiday. When our family — my three brothers and me in blue blazers — passed the granite stoop, the interior was dark but my eyes grew accustomed and I saw large Oriental rugs, oversized mahogany furniture and floor-puddled silk curtains. But what I remember most is our hostess, sitting as stiff as Queen Mary, in a high white lace collar with a cameo under her aristocratic face wearing bright red lipstick.

The third house in the 3200 block on next week's tour is 3201 Seminary — a Mediterranean fantasia. It once had a front porch set within the block of the green stucco house and two front doors. The George Websters, with five energetic children, had a minimalist aesthetic of little furniture and fewer rugs. Mrs. Webster's artistic aspirations consisted of filling clear glassware with colored water in jewellike hues. In Wes Anderson's new film, "Isle of Dogs," there's a scene set in an apothecary shop with brilliantly-colored liquids along a long wall of shelves. Mrs. Webster would have loved it.

The Websters' backyard had little lawn, but apparently in the 1930s the Loves had created a Moroccan-like oasis. There were stucco and brick walls, and a few fountains and reflecting pools. While flower beds were dormant by the '60s, the bones of the design still packed some punch. The front porch I remember is now a sun room, the siding is vertical board and batten painted peach. Kristin Walinski is the owner.

Three other Seminary Avenue houses will complete the tour. 3500 Seminary, one of the city's grandest Queen Anne manses, designed by D. Wiley Anderson, belongs to Rodney Poole. The gambrel-roofed cottage at 3506 is owned by Maggie Stewart and 3616, an almost 7,000-square-foot mansion, is owned by Cindy and Aaron Sullivan. I was in and out of these houses too. But having never lived on these blocks, their stories are best told by others. S

Historic Garden Week runs from April 21-28. There will be 29 tours comprising some 200 private homes, gardens and historic sites statewide. For specific information, visit vagardenweek.org or 643-4137.