A rundown of Instagram accounts devoted to Richmond food and drink favorites. 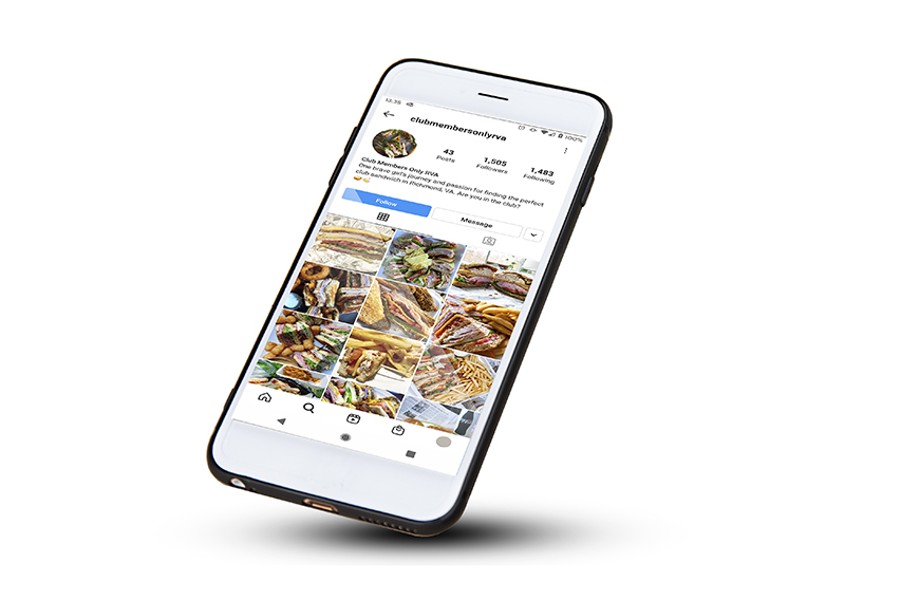 To the right set of eyes, the club sandwich is a work of art.

It’s how the club is constructed with three – not two – slices of toasted bread, providing structural stability for the rest of the sandwich. It’s the subtlety of the flavors: how the lettuce, tomato, mayonnaise, bacon, cheese and turkey or other deli meat give the feeling of a comfort and dependability – especially while traveling and ordering room service.

It’s how the club is cut into quarters and usually spread out on a plate with a handful of chips or fries in the center, making this already large sandwich appear gargantuan. Add some cocktail sticks with festive cellophane frills and you’ve got yourself one heck of a sandwich.

The club isn’t the kind of food that generally receives accolades. Perceived more as a serviceable menu option than a cause for celebration, the humble club won’t appear on the cover of Bon Appétit anytime soon. But in Richmond, the club sandwich is one of the few menu items that has its own Instagram following.

Since February 2019, the Instagram account Club Members Only RVA has set out to document Richmond’s bounty of triple-decker sandwich goodness. The club isn’t alone in this distinction: Accounts have sprung up celebrating our city’s nachos, cheese fries, and the bloody mary found specifically at one of Richmond’s best bars.

Here’s a rundown of the Instagram accounts documenting some of the city’s most unassuming – but comforting – dining offerings.

Elementary school music teachers and longtime nacho enthusiasts Lindsey and Tommy Beekman have documented the city’s platters of cheese on chips since June 2019. Part of the dish’s appeal, the married couple says, is its variations.

The couple’s ideal plate of nachos has crisp chips, real cheese, lots of fun toppings and fresh, homemade salsa. The Beekmans have been surprised by how much they’ve enjoyed some of the city’s nontraditional nacho offerings, such as the jackfruit nachos from Commercial Taphouse and the flaming tuna nachos at Fighting Fish.

The couple aren’t picky about the medium the nachos are delivered on, embracing the replacement of chips with tater tots or hush puppies.

“We’re not confined to just chips. If a place calls something a nacho, we’ll try it,” Lindsey says.

To clarify their feelings about each nacho platter, the couple use a five-cactus rating system on their Instagram handle, judging each dining experience on the following parameters: chips, cheese, toppings, environment and munch factor.

“It seems like certain places, the kitchen takes more care,” Tommy says. “Other places, they’re just slopping cheese on chips and sending it out.” 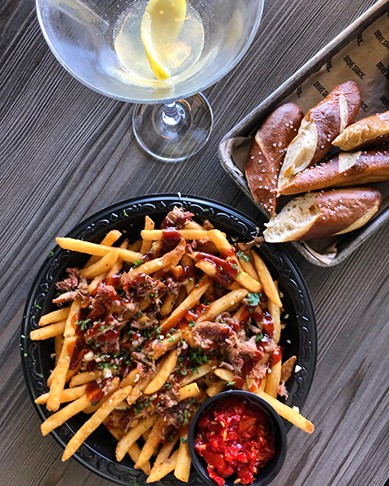 Last Halloween, Taylor Dillard knew exactly what to dress as: a plate of cheese fries.

Though her friends made fun of her, no one was surprised, she says. Practically every time she goes out to eat, she orders the same comforting dish of fried potatoes topped with melted cheese.

“You can make them in so many ways,” says the fitness coach. “All the different varieties of fries, and the kinds of cheese.”

Her ideal platter is comprised of regular fries, melted shredded cheese, bacon, jalapeños and side of ranch, but she’s not afraid of variations, including the substitution of tater tots for fries: “Any kind of potato can be classified as cheese fries.”

While the majority of Dillard’s posts have concerned Richmond cheese fries, she’s also included some of her dining adventures abroad, including in California and England. So how do the U.K.’s offerings stack up? “They didn’t really melt the cheese on those, but they were still great.”

Will she head to Canada sometime soon to evaluate the poutine of our northern neighbors? Perhaps not.

“Poutine’s not my favorite. I’m trying to get into those. Maybe I’ll add that to my list, traveling there to try some.”

Glory Days – “Glory Days layers the cheese so it’s not just cheese on top and just plain fries at the bottom.”

City Beach – “City Beach has the most perfect crispy fries; the cheese is perfectly melted and they have a Southwest spicy ranch.”

J Kogi – J Kogi’s has a ton of different meats on it. They do a ribeye, beef, pork belly and some peppers.” 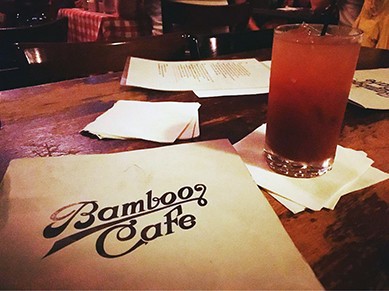 Every Bloody Mary at Bamboo
@every.bloody.mary.at.bamboo

By day, Richmond native Daniel Klein works for Yay Lunch, a startup that seeks to bring healthy lunches to schools. By night, Klein does garden and environmental advocacy work, including building raised gardens and designing landscapes.

But when he’s not occupied by other endeavors, Klein likes to pop into Bamboo Cafe, order a bloody mary and ’gram it.

“It’s a great aperitif,” says Klein of the vodka-based cocktail. “It’s got nutrients, it’s got booze. It’s a great, savory, umami thing that comes with tomato, and then the lime is a nice little citrus, crisp finish.”

Inspired by his friend’s Instagram account Every Sandwich at Chiocca’s – which chronicled the basement eatery’s gargantuan sandwiches and subs – Klein started his account Every Bloody Mary at Bamboo as a joke.

“It’s kind of a personal diary,” says Klein, noting that some of his posts in the pandemic have included to-go drinks and enjoying Bamboo’s new patio. “Every photo is probably a great time where I’ve run into Prabir [Mehta] and run into the usual cast.”

Why Bamboo’s bloody mary? In addition to loving the neighborhood bar, Klein enjoys its version’s simplicity. “There’s not a lamb chop or shrimp skewer or anything wrapped in bacon. People get really fancy with them, and this is consistently strong and simple.”

Not content with merely advocating for bloody marys as a beverage choice, Klein is also trying to get his own nickname for the cocktail into circulation: the blo-mo.

“A couple of blo-mos to start the day? I don’t think it’s ever going to take off, but I’m going to keep using it.” 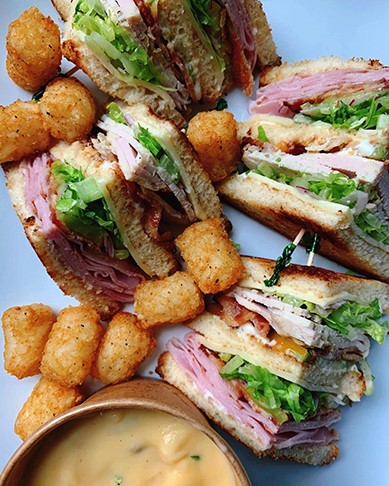 As hard as Style tried to interview the mysterious owner of the Club Members Only RVA account, our efforts were fruitless. Perhaps we’re just not good enough for the club?

Since February 2019, this account has rated the city’s club sandwiches with a five-star system and lengthy explanations detailing the strengths and weaknesses of each offering. While Style was unable to secure an interview with this elusive Instagram user, the Why Richmond Is Awesome podcast interviewed a representative a year ago about the account.

With an image of a club sandwich obscuring her face, the unnamed sandwich influencer reviewed a club from Bamboo. “It’s pretty damn good,” she said, admiring its proportions, fresh ingredients and secret ingredient of raw onion, but criticizing it for not using Swiss cheese. 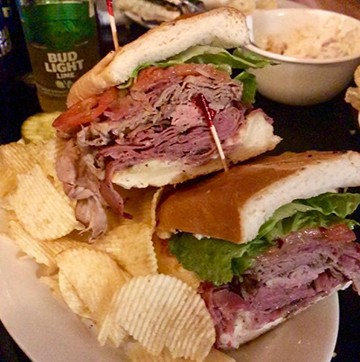 As much as we support this account’s documenting of every sandwich at Chiocca’s, it hasn’t had a post since August 2019. Without this exemplary community service, how will we be able to tell our Beast, Beast Feast, pictured, and Son of a Beast sandwiches apart?

As traditional local media outlets continue to contract, we need as many investigative sandwich journalists as we can get.