In Richmond's Blue Mayoral Race, Only Five Candidates Are Running as Democrats 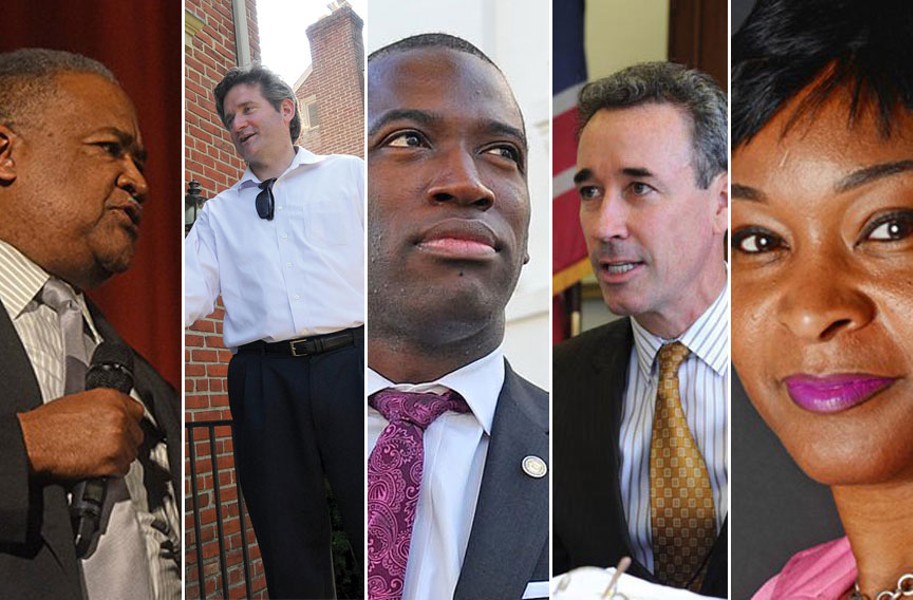 How well a political candidate toes the party line is a big factor in any state or national race. But in local contests, candidates tend to run as independents to keep the focus on the nuts and bolts of local government over party politics.

That’s mostly holding true in the crowded Richmond mayoral race. But so far, the tradition is being bucked by a few: Jon Baliles, Michelle Mosby, Levar Stoney, Lawrence Williams and Joe Morrissey.

They’re the only candidates to declare to the state Board of Elections that they’re running as Democrats. All five did so in a statement of organization, which registers campaigns for finance reporting. So far, more than 12 campaigns are registered.

Candidates in local elections are allowed to campaign as Democrats or Republicans. But come Election Day, Virginia ballots include no party affiliation for local races. During the recent legislative session, Gov. Terry McAuliffe vetoed a bill that would have listed party affiliation.

Most of the mayoral contenders are running as independents, but expect them to try to appeal to an electorate that mostly leans left in national elections, political analyst Bob Holsworth says. In 2012, Barack Obama captured 77.1 percent of the vote in Richmond.

“During the campaign, you will see candidates compete for the endorsement of the local Democratic Committee and identify with the national ticket,” Holsworth says.

Williams, who lost a bid for mayor against L. Douglas Wilder in 2004 and Dwight Jones in 2008, ran as an independent. He says that he hopes that identifying as a Democrat will boost his popularity this go-round. Mosby says that she chose to identify as a Democrat because she believes in “the philosophy of the party.”

Morrissey says that he considers himself a Democrat but wants to appeal to both Democrats and Republicans. He ran as an independent during a 2015 bid for the Virginia Senate, after the state’s Democratic Committee determined that he didn’t gather enough valid signatures to participate in the primary. Morrissey later dropped out of the race, citing medical issues.

In a sea of candidates with Democratic ties in city that goes blue, Holsworth says that the endorsement of McAuliffe could be a distinct advantage for Stoney. But that may depend on the outcome of an investigation of McAuliffe’s 2013 campaign contributions, which CNN reported last week.

Editor's note: In the print edition, we left Jon Baliles off the list of candidates running as a Democrat.