In Praise of Spatial Energy 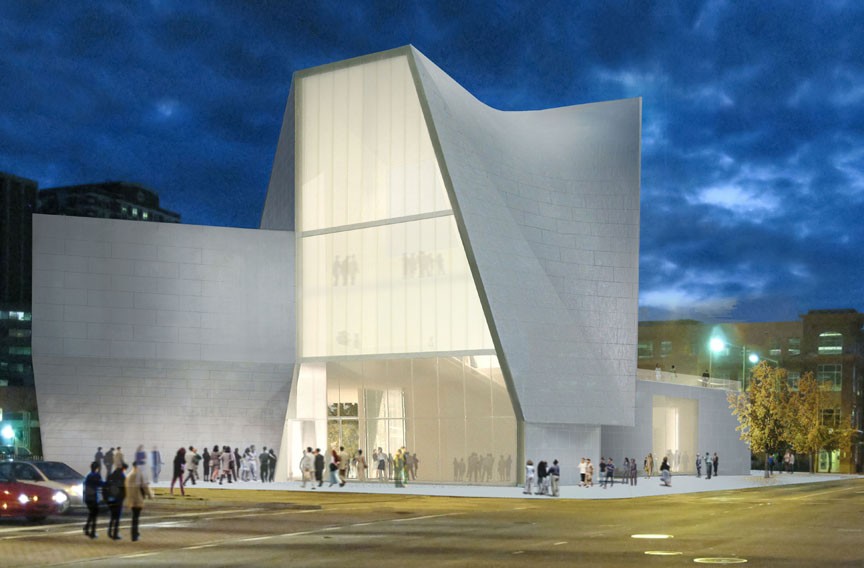 Virginia Commonwealth University announced plans for an Institute for Contemporary Art on April 25. A new, 38,000-square-foot building to house the School of Arts' interdisciplinary program will be built at Richmond's busiest intersection, Belvidere and Broad streets. The structure will contain galleries, a 247-seat performance space, cafe, classroom, sculpture terrace and administrative offices. Steven Holl Architects, in New York City, will design the building; BCWH Architects of Richmond is associate architect.

The Holl firm designed such recently acclaimed projects as the Bloch Building, an addition to the Nelson-Atkins Museum of Art in Kansas City, Simmons Hall at the Massachusetts Institute of Technology in Cambridge, Mass., and the "Horizontal Skyscraper" in Shenzhen, China. Holl will be in Washington next Thursday to receive the American Institute of Architect's gold medal, the profession's highest accolade for an individual architect.

The 64-year-old spoke with Style Weekly by telephone from his New York office.

Style: What were early influences on you becoming an architect?

Holl: My brother James [an artist and professor at Marymount Manhattan College] and I were always building things in the backyard when we were boys. We had a large backyard at our house in Bremerton, Wash. We'd jump out of bed and be out there for two hours before breakfast. We built a two-story tree house and a house with one floor underground. We'd imagine, we'd create and we'd make. We were naturals.

What later influenced your development as an architect?

In my sophomore year at the University of Washington I was quite busy working on a design project one day when professor Hermann Pundt, an enormously enthusiastic man, came over and told me he was starting a Rome studies program. He said, "Steve, go to Rome." I lived behind the Pantheon and became enthralled by the quality of light inside that space. It was always slightly changing at different times of day and in varying weather conditions. After I came back from Europe I had a different framework of what architecture is. It changed my life.

What is your favorite space, place or building?

The one I'm working on now. And Rome, of course. Also, I've always loved Louis Kahn's Kimball Art Museum in Fort Worth and Frank Lloyd Wright's Johnson Wax Building [in Racine, Wis.]. And all of the buildings of Le Corbusier. I've traveled to see most of his buildings. Once when I had no money, I scraped my way through France — even spending a night in a monk's cell in La Tourette Monastery [Le Corbusier's last major European commission which houses a silent order].

In designing VCU's new ICA, how is conceiving a museum or gallery different from your approach to other building types?

In the last 15 to 20 years there have been two types of museums. First, there's been the neutral white box which defers to the art. But it sucks the life out of the art. And then there are the overly expressive projects that look like a turkey coming out of the oven with the tin foil coming off. At the ICA we will have galleries that are rectilinear for the basic exhibition spaces but the circulation areas will be energetic and exciting. Spatial energy is important to me.

What do you hope to achieve with your design of the ICA?

This is different from any building that we've ever done. It responds to the question of "What is art today?" We call it Forking Time. This suggests that the contemporary art world has many parallel activities. There had been a grand narrative to Western art until conceptual art took over in the 1970s. But there's been a rupture. This building aspires to reflect that today, things can coexist. And this is hopeful. The building has arms that stretch out and will give curators four separate areas. Each space is the size of a gallery in Chelsea. There will be flexibility. There might be a great video show being presented in one while in another gallery there is a great sculpture show. The vertical space will allow for other possibilities. You'll be able to see the intensity, clarity and direction of an artist's body of work. But first and foremost the ICA will be a great space.

On what other projects is your firm working?

Two weeks ago I was in Chengdu, China, working on a water garden. In the near future I'll be going to Seoul, our first project in Korea. In late January we won an international competition for a new building at the Houston Museum of Fine Arts. At Princeton we're building a fine arts complex that will serve as a new south entrance to the university. This involves moving the Dinky [the storied and beloved railroad link to the Amtrak station] 500 feet. We are building a new building for the Glasgow School of the Arts directly across the street from Charles Rennie Mackintosh's original building. Earlier this afternoon I was on West 216th Street at Columbia University [Holl is a professor of architecture there] where the Campbell Sports Center is taking shape. There are some wonderful views of the New York skyline from that building.

Whew. What do you do to relax?

I paint. I paint every morning. I paint every day wherever I am. I never go anywhere without my watercolor pad. My most exciting times are when I am painting. Why would I want to play golf? That's boring. S

To learn more about VCU's Institute of Contemporary Art, go to ica.vcu.edu. For more on architect Steven Holl, visit stevenholl.com.