In New Woodward Book, C is for Cantor — or Catastrophe 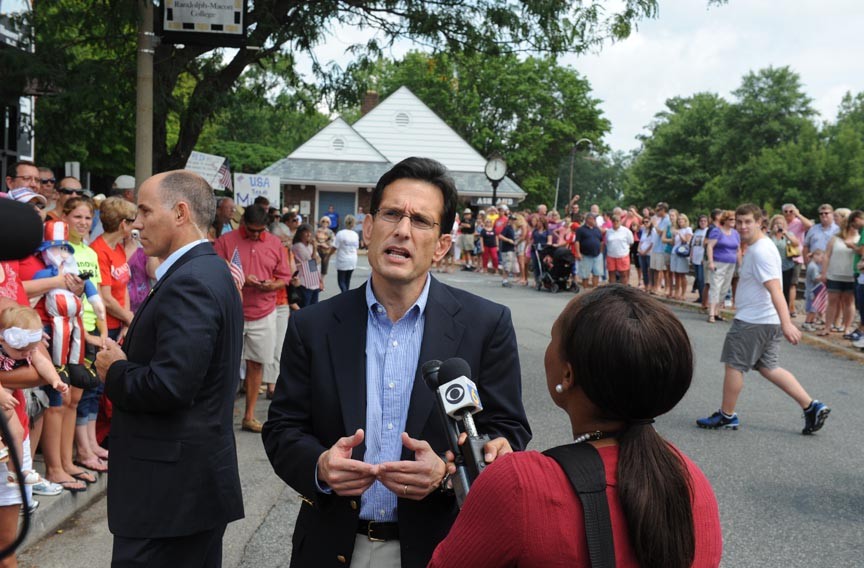 Henrico County's Eric Cantor, the Republican House majority leader, is a key antagonist in Pulitzer Prize-winner Bob Woodward's new election-eve book, in which neither Cantor nor anyone else involved looks especially good.

Woodward portrays Cantor as an overreaching egomaniac who's a major reason for the stubborn partisanship that paralyzed debt ceiling talks in the summer of 2011 and nearly brought the country to another economic catastrophe.

According to reviews of Woodward's "Price of Politics," released Sept. 11, Cantor dissed not only President Barrack Obama but also had a running feud with the politician who should have been his biggest ally — Speaker of the House John Boehner. According to Woodward, the two men were rivals whose personality clashes went back years.

The Ohio Republican was open to budget compromise, Woodward writes, but Cantor "opposed all tax increases and had the interest of the Tea Party in mind." The animosity between Boehner and Cantor was so strong that Rob Nabors, director of the White House legislative staff, said he "felt awkward being in the same room with the two of them."

Obama comes across the worst of anyone in the book, reviewers say, and he went toe-to-toe with Cantor from nearly the day he took office. The two clashed openly in Obama's first meeting with congressional leaders when Cantor brought the president an economic policy proposal that insultingly contained only Republican ideas.

Curiously, according to the book, the one man Cantor seemed to get along with was Vice President Joe Biden, who despite his reputation as a gadfly acted as a trusted and covert go-between during the debt ceiling talks. "You know if I were doing this, I'd do it differently," Biden confided to Cantor. The Virginia congressman agreed they'd both do things differently — if only they were in charge.