A former colleague looks back at the joy of knowing Adele Johnson, former executive director of the Black History Museum of Virginia. 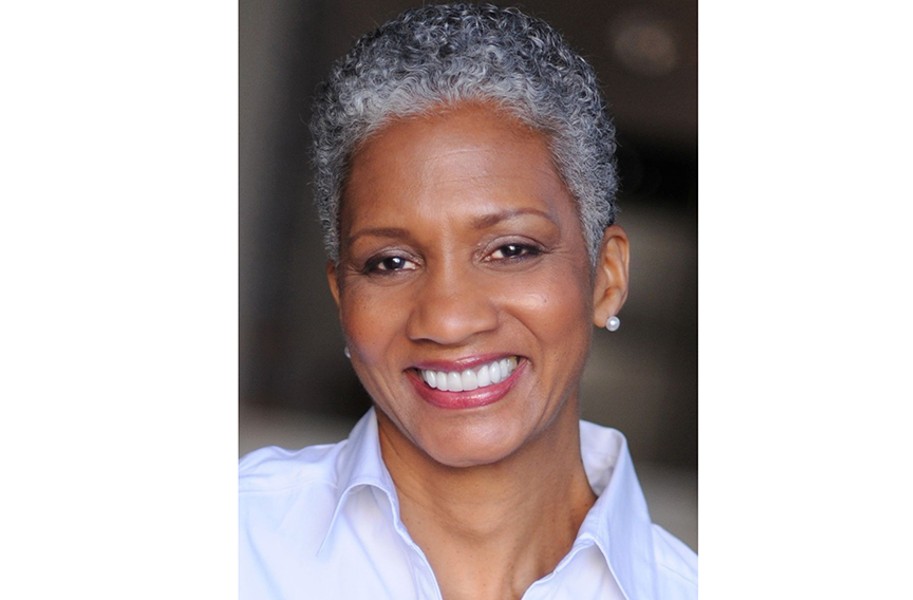 I am struggling to process the loss of my friend Adele Johnson, an incredible human being who made Richmond a much better place in so many ways.

Adele and I worked closely for two years between June 2014 and May 2016 weekly meetings, at times daily contact, continuous communication – to lead the creation of what became the RVA Future Centers in Richmond’s five comprehensive high schools.

Risha Berry from the Office of Community Wealth Building joined the effort in October 2014, then in 2015, Toria Edmonds-Howell and a remarkable cohort of Future Centers directors. Many other people were involved from the community, the Richmond Public Schools and the city. But Adele and I had the primary responsibility that first year, when I was stewarding the dollars the city had put into conducting a feasibility study of creating a Promise Scholarship program on behalf of then Mayor Dwight Jones, and Adele was running the foundation that would become the effort’s institutional home.

We did not know each other when I first needed to talk about the $7,500 allocated to look into creating a scholarship program to benefit all Richmond high school students, as has been done in other communities. I filled her in on the years of committee work associated with the mayor’s Anti-Poverty Commission that had led to this proposal, and she educated me on the foundation and how it worked. We ended up creating a new working group including School Board members, school administrators and staff, and city staff to develop a Richmond model, while also being in contact with national organizations.

That contact led us to a national conference in New Haven, Connecticut, where we became persuaded that establishing a Future Center in each high school – dedicated spaces within buildings staffed by full-time professionals knowledgeable in college application processes and scholarships, as well other career paths – would be a good first step. We learned that Lynchburg’s two high schools had recently established Future Centers that seemed to be functioning well. We took two road trips to check them out, had lots of conversations, and developed a strategy to get support for the Future Centers into the budget. Once the money was in hand, we then had to do the work of notifying partners working in the same space, making sure school administration and staff stayed on board and strongly supportive, developing a programmatic launch plan, finding space within each building and finally hiring six staff members, all between May and September of 2015, with a goal of being up and running in each school by Oct. 1.

There is no way we could have pulled this off without Adele’s commitment and her skill in dealing with people. She inspired confidence and she inspired trust. She explained over and over to partners, external funders and her own board what we were trying to do and why. She communicated important details and relayed challenges in a clear but understated way that never spoke ill of anyone. She didn’t shy away from embracing a bold vision or a large challenge. And she ended up delaying her departure from the foundation by a year so she can get the Future Center program up, running and established. And yes, she got money on her own to support the initiative, which allowed us to be in all five high schools from the beginning.

While we all have meetings each week or month we dread, the meetings with Adele were never in that category. We often spent a few minutes just talking about life before getting down to business. She was warm, quick with a smile, honest about what had been done and what hadn’t been done, utterly straightforward and transparent. Discussions that with different personalities would have felt like negotiations if not a power struggle, simply felt like conversations. We were constructing and brokering in real time a partnership between the Office of Community Wealth Building, the foundation and the schools and Adele’s focus was on service and getting the work done, period.

There were some bumps in the Future Center program after Adele left, which were to be expected, but the foundation was strong. The program kept going for five years under the foundation’s watch, reaching thousands of students each year, before the staff were incorporated into the public schools this past year while continuing the same work.

Adele was a creative thinker and a masterful connector in her role at the Foundation. She could pull off the big fancy donor breakfast with style and grace. But I was even more impressed when she arranged to have thousands of RPS students get to see the film “Selma” in the theatre for free during the school day, as a critical part of their education.

Adele went on to do more incredible work at the Black History Museum of Virginia. I became a member there in 2018 and we had coffee that fall to brainstorm potential partnerships between University of Richmond and the museum. That led to students in my classes helping with holiday community events there in December 2018 and I took a class to visit the museum in spring of 2019 on a field trip. I believe that was the last time I saw Adele. I felt certain we would reconnect after the pandemic and keep finding ways to partner in years to come.

Instead, we’ve lost this amazing person way too soon.

Condolences to Adele’s husband Bill Cooper, another incredible human being, all their family, and all she touched directly with her life and work. I feel privileged to have been witness and partner to some of that work, which has helped and will continue to help thousands of young people in Richmond.

Of course, there is much more work to be done to better realize Adele’s vision of a Richmond in which every student has access to the educational and enrichment opportunities they deserve.

Thad Williamson is associate professor of leadership studies at the University of Richmond.