In Memoriam: A look back at some of the special lives lost in 2018 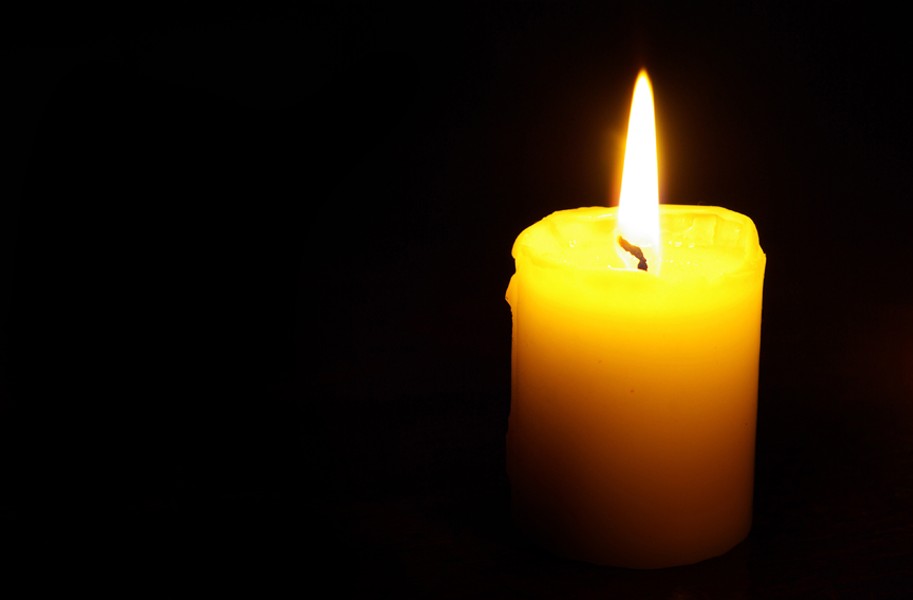 While celebrating the holidays and anticipating a new year, we might also pause to remember some of the special personalities and talents who have built our community. While their deaths this year have diminished our region, state and lives, their work and memories live on.

Jacqueline "Jackie" G. Epps, a Buffalo, N.Y.-born lawyer who brought considerable smarts, stirred controversy and injected glamour to state government in the 1980s and '90s, died Sept. 14 at age 71. A political observer said that her "incandescent smile could mask a steely resolve." A fundraiser for the successful and historic gubernatorial campaign of L. Douglas Wilder, she was later appointed head of the Virginia Retirement System during a tumultuous period. Later, she assisted Wilder's campaign for mayor.

Few Richmonders in recent memory had a defter social and political touch than Luther Ray Ashworth, a former member of the Virginia House of Delegates and lobbyist. To observe him work a room was akin to a master class in connectivity. This irrepressible bon vivant died May 9 at 92.

Soon after the Medical College of Virginia and Richmond Professional Institute merged in 1968 to become Virginia Commonwealth University, the nascent institution embraced men's basketball. Charles "Jabo" Wilkins, who played for the Rams' very first season, still holds the program's records for career scoring and rebounding average. He is the only player in VCU history to have averaged more than 20 points a game for three seasons. He died in October at age 70.

Chase S. Decker, one of the Greatest Generation, was a World War II Marine who participated in the invasion of Okinawa. He died Jan. 2 at 93. But as an artist, he touched thousands. Decker received fine arts degrees from the University of Pennsylvania and first taught at Radford University. Then, after further developing his craft in Italy, for 25 years he taught art at J. Sargeant Reynolds Community College. His bust of governor and University of Virginia President Colgate Darden Jr. graces its business school grounds.

Painter Anne Drew Newbold Perkins, whose boldly colorful paintings grace many leading private and corporate collections, and who was a staff artist and graphic designer at the Richmond Public Library, died April 19 at 94. The Wilmington, North Carolina, native was a resident of North Side's Laburnum Park and known for her sense of social justice and a matchless, laser-sharp wit.

Not since Poe has Richmond produced so significant a person of letters than Tom Wolfe. Reared in Sherwood Park on North Side, he graduated from St. Christopher's School and Washington and Lee University. Wolfe died on May 14 at 88 in Manhattan where he lived. A founder of the new journalism, he was the celebrated author of "The Right Stuff," "Bonfire of the Vanities," "Kandy-Kolored Tangerine Flake Streamline Baby," and "From Bauhaus to Our House." He was also known for his attire as well as his satire, favoring three-piece vanilla-colored suits, whatever the season.

Edward Carlton Wilton Sr., a Richmond native and the legendary developer of thousands of apartments and houses, as well as Regency Square mall and 12 other shopping centers, died Jan. 31 at 95. While growing up on Meadow Street in the Fan District, he attended the Virginia Mechanics Institute (forerunner of the Richmond Technical Center). His father and uncle were plasterers. In later life his philanthropies were broad.

Clarence "C.B." Robertson III, a Charlotte County-born developer who transformed the character of eastern Goochland County by establishing the 3,500-acre West Creek office park, died Jan. 27 at age 83. It attracted such corporate complexes as CarMax and Capital One. He also built the Kinloch Golf Club and the Crossings Golf Course.

Pace M. Fonville, who in 1967 teamed up with two buddies to form Bowers, Nelms & Fonville, saw the company become central Virginia's largest traditional real estate brokerage firm for a time. He died April 15 at 77. In 1997, the real estate agency, with 400 agents, was sold to Long & Foster. Separately, he developed the Oldhouse Run, Whitaker and Sussex Square, Rolfield subdivisions in Henrico County and the Sanctuary at Watermill in Chesterfield County. He was also instrumental in developing Henrico's Cedarfield retirement community.

Robert Withers "Robby" Ellyson knew food and drink. The Richmond native, U.S. Coast Guard veteran and popular Fan habitué, was associated with the Rainbow Inn and co-owned the Strawberry Street Vineyard, the city's longest-running wine and cheese store. But he may be best remembered for mischievously depositing goldfish among the Chihuly crimson glass sculpture in the Virginia Museum of Fine Arts pool in 2013.

If few things are as Richmond as Sally Bell's Kitchen, we have Marcyne "Cene" Owdom Jones largely to thank. Founded in 1924, Jones and her husband bought the business in 1964 from his aunt. She operated Sally Bell's until 1995. After packing box lunches for decades at its location on West Grace Street, in 2014 she was on hand when the business moved to 2337 W. Broad St. She died on March 17 at 95.

Our town likes to strut as a foodie mecca, but the passing of Howard Michael Awad on Aug. 24 at 70, is a reminder this phenomenon didn't happen overnight. Philippines-born and a J. R. Tucker High grad, Awad would open several restaurants. These included Habbabas and Vitello's in Shockoe Bottom. He peaked at the latter as a talented chef. He could also blow a mean trumpet, playing with the Joker's Wild and, occasionally, with Steve Bassett and Robin Thompson.

Chicago native and Bon Air resident Daniel F. Cudzik, a pioneering engineer at Reynolds Metals Co., died on Sept. 26 at age 87. Among his more than a dozen patents, a highlight was his 1975 invention, the Stay-on Tab, or colon tab, which revolutionized aluminum soft drink containers and reduced injuries and litter. It remains the soft drink industry standard internationally. Understandably, Cudzik was known as a man who could "make or fix anything."

Grace E. Harris, born in Halifax County, was denied admission to Richmond Professional Institute in the 1950s because she was African-American. But she later received a master's degree from VCU in social work and served for 48 years as one of the transformational educators and administrators in the school's history. She was provost and twice, acting president. She died Feb. 12 at 84. A major VCU academic building bears her name.

Marshall Wayne Smith, a Mississippi native, classically-trained pianist and national pioneer in community colleges, died April 24 at 72. Serving 13 years, he was the sixth, and longest-serving, president of John Tyler Community College. While at the helm, the college added a second campus in Midlothian, doubled enrollment and created the nursing education center. He didn't champion only faculty, but all John Tyler employees: "You come to work each day and quietly go about the business of changing lives," he once told them.

In April 2007, Virginia Tech President Charles William Steger Jr. drew blistering criticism, but ultimately praise, as a steady hand during one of the darkest times in Virginia's history after a gunman killed 32 students and faculty members. The Richmond native, educator and college administrator, who held multiple degrees in architecture, environmental science and engineering, died on May 6 at 70.

Robert O'Neil, who served from 1985-1990 as president of the University of Virginia died Sept. 29. He was 83. Perhaps not surprisingly, he was the first non-Southerner to hold the position and had the shortest term. He pushed for increasing the number of blacks and women on the faculty. Born in Boston, after receiving a law degree from Harvard University, he clerked with U.S. Supreme Justice William J. Brennan Jr. O'Neil was president of the University of Wisconsin system before coming to Virginia. Throughout his life, First Amendment and free press issues were his passion.

Bettie Woodson Weaver didn't stray far from her rural Virginia roots, but mined essential life lessons from family, community, nature and history. She inspired thousands of students during her storied tenure as a Chesterfield County school teacher from 1941 to 1981. She was also a lifelong student of Chesterfield history. She developed the county museum and was the author of the scholarly "History and Geography of Chesterfield County, Virginia." Bettie Weaver Elementary School was named for her, a rare honor for a living teacher.

Flags flew at half staff over the State Capitol in February honoring Wyatt Tee Walker who died Jan. 23 at 88. The Virginia Union University graduate and former pastor of Gillfield Baptist Church in Petersburg, was the former director of the Southern Christian Leadership Conference. As chief of staff to Martin Luther King Jr., he was arrested 17 times leading nonviolent protests in the 1950s and '60s. Walker served 38 years as the trailblazing pastor of Canaan Baptist Church in Harlem. He saw "the world not as it is, but as it might be," Ronald Crutcher, president of University of Richmond told 300 funeral attendees.

Guy Kinman, a soft-spoken, determined and nothing if not earnest, local LGBTQ activist, who was a former president of the Richmond-Virginia Gay Alliance, died at 100 on Sept. 17. He was a Midwesterner, former Presbyterian pastor and Air Force chaplain. An endowment in his name at the Virginia Museum of History and Culture provides grants for research on LGBTQ, civil rights, or First Amendment issues.

On Oct. 15, author and conservationist Margaret Page Bemiss died at 85. A native of Hanover County, her philanthropy and considerable smarts were focused on the conservation of natural resources and the preservation of historic places. She was the author of "Historic Virginia Gardens: Preservation Work and the Garden Club of Virginia 1975-2007."

In 1999, Style Weekly named the 100 most consequential Richmonders of the 20th century. Neilson Jay "Neil" November, who was on that list, died March 2 at age 94. The words community leader and civic instigator don't begin to do his legacy justice. He was a driving force behind the founding of the Science Museum of Virginia, the Virginia Holocaust Museum and the Lewis Ginter Botanical Garden. He headed the Capital Region Airport Commission and created the Virginia Aviation Museum. One of his great disappointments was seeing the latter close. He and his wife gave millions to cultural life of Richmond, especially the School of the Performing Arts in the Richmond Community, Barksdale Theater and Virginia Repertory Theatre. He was a former president of the Richmond Jewish Community Center. His wit was wicked.

These, and many others, will be missed but well-remembered.