In Chomsky We Trust

"The Kingdom of Survival" brings together several alternative American voices. 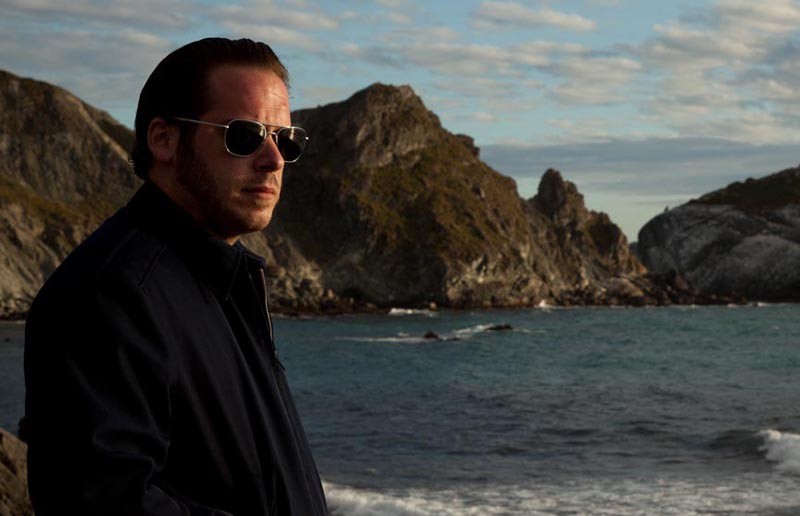 But to its credit, this offering, by German filmmaker M.A. Littler, is about more than physical, economic or political survival. According to Littler, it's about intellectual and spiritual survival — survival of community, especially the kind envisioned by the activists, anarchists, spiritualists and folk artists Littler has assembled in his film.

The James River Film Society (formerly the Richmond Moving Image Co-op) is presenting "Kingdom" as part of its JamesRiverFilm@VisArts program at the Visual Arts Center of Richmond on Sept. 17. It will screen with Littler's previous film, "The Folk Singer," a roots-music documentary. The Saturday program is an expansion of the film society's Third Thursdays series, which marked the organization's return to the Visual Arts Center, formerly the Hand Workshop.

Littler says he made "The Kingdom of Survival" as a follow-up to "The Folk Singer" after returning to his home in Germany during the current global recession. He says he felt compelled to use his art to shed some light on marginalized intellectuals and writers for whom he'd long had an affinity. The result runs the gamut from well-known public intellectuals such as activist Noam Chomsky, to slightly lesser known luminaries of the fringe, such as author Joe Bageant, who returned to his hometown of Winchester after years of self-imposed exile to chronicle the "permanent white underclass" until his death this year.

The movie essentially is a series of interviews interspersed with travelogue footage, commentary by Littler and other supportive imagery. We watch the filmmaker move about the country from interview to interview. Chomsky talks about how capitalism ensures its interests and subdues alternative economic modes; we learn about our surprising relationship to medieval ethics from history professor Mark Mirabello; Ramsey Kanaan of PM Press talks about the difficulty of delivering nonmainstream discourse.

Born in Frankfurt in 1979, Littler spent some time in Richmond driving for his father's Gypsy Cab company, which (illegally, he points out) refitted old police vehicles into taxis without licenses. Littler says he was 16 and didn't even have a work permit. He says the experience put him in touch with some of the marginalized inhabitants of Richmond and the South, inspiring a lifelong interest in "outsiders of all sorts" for a self-described educated kid who "lucked out" with a relatively privileged background. For "Kingdom," the director says, "I wanted to combine all my interests and paint a more cohesive picture of [these] alternative perspectives."

Littler says he chose to focus his film on America because it provides the best chance to see problems afflicting the Western World. "The most important thing," he says, "was not to take a gloom and doom approach." For every subject criticizing the status quo, he says, there is one that offers a solution or alternative. His goal, he continues, is to try to awaken people to at least question the systems in place.

"It's a minority that's academic," he says of those intellectuals featured in his documentary. The film needed a folksy, community element, he says, like his friend Will "The Bull" Taylor, a bushy-bearded California farmer and musician. "We want to access [the majority's] thought pattern," Littler says. "If you can get them to that point, they can start to educate themselves. [The film] is not about changing the world. It's very much about an awakening." S

JamesRiverFilm@VisArts presents M.A. Littler's "The Kingdom of Survival" and "The Folk Singer" on Sept. 17, at 7:30 p.m., at the Visual Arts Center. $10 admission. "Flaherty on the Road," a series of short films, also will be shown as part of the James River Film Society's Third Thursday program Sept. 15 at 7:30 p.m. $8. For information, go to jamesriverfilm.com.