In a War Zone

Scott Elmquist Hundreds gathered last month to pay their respects for 3-year-old Sharmar Hill Jr., who was killed in Hillside Court. The child was playing outside when gunfire erupted. He was killed by a stray bullet.

The rate of youth gun violence remains at public-health crisis proportions in Richmond and throughout Virginia.  Our state’s capital holds the grim title as the locality with the highest rate of gun-related homicides in the state annually in recent years — and black youth statewide remain disproportionately impacted by gun-related violence, according to Virginia Department of Health statistics.

Statewide, African Americans represented 77% of hospitalizations due to nonfatal gun-related assaults in 2017, while 79% of these injuries were suffered by people 15 to 34 years old, regardless of race.

In Richmond, gun violence, which continues to overwhelm centers of poverty in the city’s East End and South Side, rose by 32% in 2019 compared to the previous year, with more than 260 shootings.  As of the first week of March, five of seven homicide victims in the city this year were younger than 30. Of the city’s 24 nonfatal shootings in the same period, over half of victims were in this age group, while deadly crossfire is known to strike young children.

It’s sadly the reality for many students enrolled in the Richmond Public Schools, says Jason Kamras, as he recently recalled a student who said it was “normal” to know a person who had been shot.

And though perpetrators and victims of gun violence are most often parties locked in personal disagreements — frequently fueled by social media feuds in recent trends — the effects are indiscriminate, Smith says.

The death of 3-year-old Shamar Hill Jr., who died on a Saturday afternoon in February after he was caught in crossfire while playing outside with his sister in the Hillside Court neighborhood, shows the excruciating ripple effect throughout communities.

During the vigil celebrating the life of the young boy nicknamed Simba, a community with tear-streaked faces clutched red, green and blue balloons. Hill’s anguished father implored the crowd, “How is your home a war zone?” 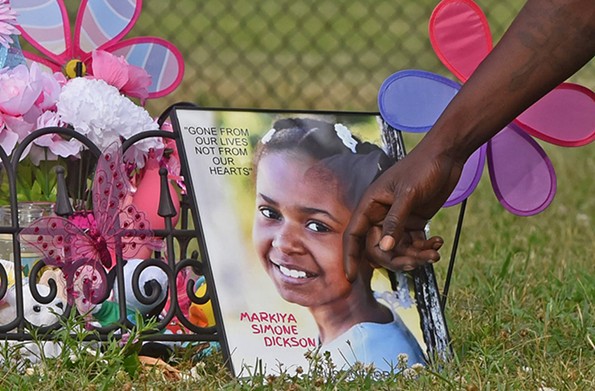 The legislative strides come as a local coalition of public agencies, nonprofits and Richmond residents forming the Inspire Workgroup, focused on tackling youth violence, call attention to the crisis for the third consecutive year.

From March 16-21, the coalition is marking Youth Violence Prevention Week in the city with events focused on fostering communal and familial bonds and remembering youth victims of gun violence [see sidebar]. In remembrance, the Well Art Gallery is showcasing “Richmond in Pieces” an exhibition of photographs by Style Weekly photojournalist Scott Elmquist documenting families adversely impacted by gun violence over 20 years.

In observance of Youth Violence Prevention Week, Style Weekly spoke to a couple of these impacted youth — one of whom has received assistance from Inspire stakeholders — about trauma due to gun violence, their aspirations and insights on solutions to the problem.

“Every person I know that died young died because of guns,” says Arjanae Avula, a 19-year-old who remembers that guns seemed to be everywhere in Richmond public housing communities she moved in and out of with her mother, as the oldest of ten siblings.

Avula recalls a friend, Billie, who was killed in a drive-by shooting after fighting with other kids in a North Side neighborhood. Her experiences with gun injuries go beyond violence to the accidental injury of a 3-year-old cousin who picked up a gun off a bed and shot himself and survived, and the suicides of a friend aged 19 and another in their midteens.

Avula’s immediate family was threatened by gun violence when the father of some of her siblings shot through the window of their home when her mother tried to break up with him.

“You ain’t nothing without me,” he told her.

Avula, who was living with her aunt for much of her teens, wasn’t at home during the shooting. She returned to the house afters chool to the sight of bullet holes in a bedroom wall, window and a pillow on the bed.

Shockingly, her siblings and mother appeared emotionless and unphased, as if gun violence was commonplace.

“I felt really confused,” Avula says. “I was trying to process it like, someone shot through the window, my brothers and sisters are fine and my mother doesn’t care about it.”

Avula, who has permanently lived with adoptive parents in Church Hill since graduating from high school, has worked with a therapist to reconcile decades of anger due to abuse and constant danger while living with her biological mother. She’s since discovered a passion for volunteering and assisting her adoptive mother, a Chimborazo Elementary School teacher, with classroom management for children who may have experienced trauma.

“I was that kid who was experiencing trauma, so it’s easy for me to connect and understand them,” she says.

Avula adds that “everything dealing with guns and minorities all relates to trauma” and systemic inequalities, such as the disproportionate prosecution of African Americans for minor drug offenses, often leads to extended jail sentences and lost opportunities.

She implores legislators to consider the experiences of youths living under the threat of gun violence when penning laws concerning gun possession and safety.

“That’s why I don’t mind telling my story,” Avula says. “Somebody needs to hear it.” 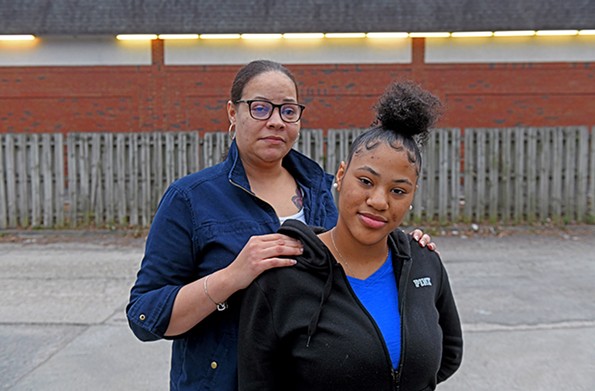 From an early age, Briana Austin, 15, says she learned “the red flags that someone might bring into a relationship [and] knows not to stay.”

The lesson was hard learned. Over eight years ago, Austin’s mother, Star Myles, was shot by her then husband near her left eye. Miraculously, Myles survived, even though the bullet was lodged near a main artery. Myles was holding her youngest of three daughters, then a 1-year-old, when she was struck.

“I felt shocked seeing my mom on the floor,” she says. “I felt scared and panicked at the same time. I didn’t know what to do. My older sister called the police.”

Myles’ ex-husband was arrested at the scene and sentenced to 50 years without probation.

“To me that’s a lifetime,” Myles says.

The years that followed were filled with physical and emotional trials for Myles and her girls. The mother underwent 16 reconstructive surgeries, included the placement of a prosthetic eye. Due to the precarious location of the bullet, it couldn’t be removed by doctors.

Eventually, the bullet “worked its way out near my tonsils” Star says.

Before that, she was stuck with an audible click whenever she swallowed, a constant reminder.

The bullet is now a gruesome souvenir, kept as “part of my closure,” she says. 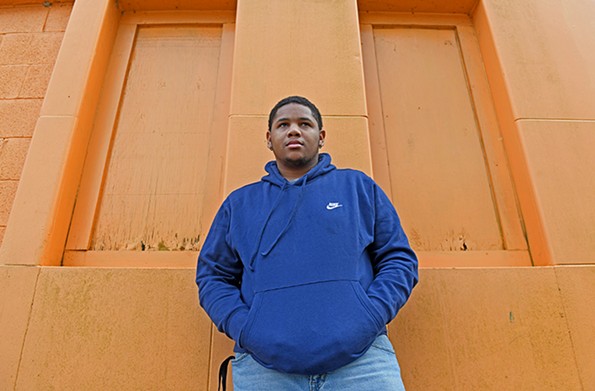 Austin was tormented by recurring “bad dreams of [her father] coming back and doing stuff to get revenge.”

As Myles slowly readjusted, Austin and her siblings helped as much as possible with household tasks and moral support. A naturally gifted cook who aspires to operate her own restaurant, Austin was often tasked with preparing family dinners.

Slowly, the family has found a new rhythm and surges forward. Myles can work again and currently has a job

“I never thought I would be a normal person again, And that’s how I feel, normal. I’m grateful.”

All events are free and open to the public. For information, email them at inspireworkgroup@gmail.com

Monday, March 16: Youth Matter
“Richmond in Pieces” art exhibit and opening reception at the Well Art Gallery, 1301 Hull St. Style Weekly photographer Scott Elmquist’s photographs spanning 20 years of families and communities affected by violence in Richmond. The community is invited to participate by bringing its own memorial objects. 6 to 8 p.m.

Friday, March 20: Unite in Action
Unite in Action Day at Northside YMCA, 4207 Old Brook Road. Join the Inspire workshop for free music and hip-hop karaoke and games. Unite by wearing orange. The first 250 youth get a #804foryouth T-shirt and concession ticket. 4:30 to 8 p.m.