“Countdown to Zero” isn't as explosive a warning as it wants to be. 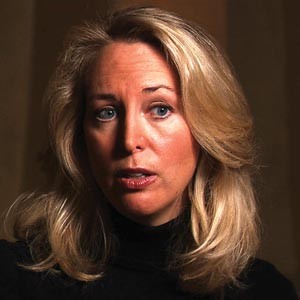 Stanley Kubrick ended his most brilliant film, “Dr. Strangelove,” with the World War II-era love song “We'll Meet Again.” While nuclear explosions rippled around the planet, audiences were reminded with biting irony how, with the power of the bomb and our penchant for folly, we'd likely come to just such a conclusion.

This is also the idea behind the slightly more literal-minded “Countdown to Zero,” a new documentary with a double meaning: Not only is our time ticking down to a nuclear disaster, but also the only way to avoid it is to reduce our arsenal to none.

As one of the only large-scale documentaries on nuclear proliferation and disarmament, this ambitious history lesson and plea revisits a subject you might have thought had gone out with the Cold War. But many thousands of those nukes are still lying around, the movie reminds us, and they've popped up in a number of new places. With the spread of terrorism and rogue states, the movie argues, we're more likely than ever to meet them again in uncomfortable circumstances.

Produced by Lawrence Bender, who reportedly was looking for a way to repeat his success with “An Inconvenient Truth,” the movie begins with the introduction of Robert Oppenheimer, the American scientist known as the father of the atomic bomb. From there it connects his radically destructive invention to recent terrorist blasts around the world, posing the question, “Could they ever get one?” The movie hinges on a quote from a United Nations speech John F. Kennedy delivered about a “nuclear sword of Damocles” hanging over our heads, which could fall, he warned, by “accident, or miscalculation, or by madness.”

What follows is a litany of historical footage, interviews and illustrations aiming to show how the three still threaten to cut the thread. While the overall message of disarmament is strong — frequently to the point of obviousness — sometimes the underlying facts come off as overstated, unsupported or illogical. Occasionally they're even ridiculous. The movie is so comprehensive it has the tendency to overdramatize some of its claims, leaving too little space for parts that could have used more attention.

Terrorism, for example, is a real threat. As we're reminded by Valerie Plame Wilson, the former CIA agent who was a target of the Bush administration, Al Qaeda would love to get its hands on a nuke. Imagine, the documentary points out, what 9/11 would have been like if the terrorists had them. With this sobering thought the movie wisely avoids the issue of how to deal with terrorism, focusing instead on revealing how thin is the wall that separates these evildoers from their goal.

But the problem is that we never find out, because the connection between the possibility of nuclear weapons falling into the wrong hands and the probability of it happening is never properly established. We're reminded, for example, that Osama bin Laden vowed to kill “4 million Americans.” But what does a terrorist's intentions have to do with his capabilities? Similarly, during segments on accident and miscalculation, the movie demonstrates a long list of historical near mishaps, when nukes were lost in plane wrecks or the country went on false alert. Backup precautions and good judgment averted annihilation, we learn, but again, what is the difference between the possible and the probable?

The danger of contemplating any threat to public safety is that it might become fear mongering, a line over which “Countdown” occasionally stumbles. Pakistan and Iran appear to be the most unpredictable players in the nuclear game, the one unstable and the other extremely hostile. And yet these countries are given about the same amount of attention that the movie reserves for instruction on how easy it is to build a nuclear bomb and the effects of an attack on a major city.

It's not exactly big news to learn that most people in the near vicinity will be killed in a nuclear strike, and yet “Countdown” almost revels in repeating this ominous information. At times unnecessarily dry and at others overly dramatic, the movie does convey a valuable truth that is less inconvenient than incontrovertible. The only way to assure that we aren't annihilated by nuclear weapons is to get rid of them altogether. It's a sentiment just about anyone can get behind, and it's only unfortunate that this endeavor doesn't have the explosive power to make it happen. (PG) 90 min.