If You Don’t Re-Enact It, Will Tourists Come? 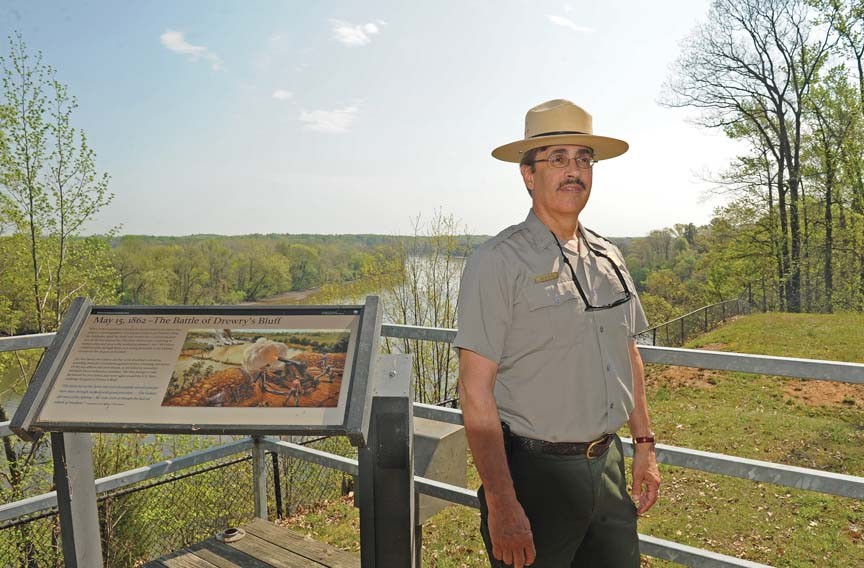 For Civil War history buffs, this is Richmond's summer to shine. But don't expect to see soldiers shooting at each other. The Richmond National Battlefield Park is taking a different tack.

The observance of the 150th anniversary of the Civil War and emancipation began a year ago on April 12. But in terms of tourism, the last year was relatively quiet. Local history museums saw visitorship increase by 14 to 25 percent last summer. Military action didn't really start around Richmond until the spring of 1862, when Gen. George B. McClellan launched the Peninsula Campaign.

Now the actual anniversaries are about to begin. "There's a daily event of national significance," says David Ruth, superintendent of Richmond National Battlefield Park. From May 9 through July 11, the Richmond region will see 81 Civil War-related events and programs — more than one per day. It starts May 9 with the battle of Drewry's Bluff in Chesterfield County and culminates with the famous Seven Days' battles, beginning June 26.

But the only re-enactments of these battles will be held, oddly enough, in Elizabethtown, Penn. Instead of blue- and gray-uniformed men rushing at each other, Richmond's park is trying something different, Ruth says: "We call them tactical living history demonstrations."

Smaller groups of soldiers, about 150 on each side, will re-enact strategic moments in each battle while a historic interpreter explains what's going on. It's a new way to help visitors understand how and why a battle unfolded, Ruth says: "I don't know that it's been done anywhere."

The significance of these events isn't only military, Ruth says. When the Confederates gained the advantage on Richmond's bloody battlefields, the Union lost hope of swiftly ending the war. In Washington, this sparked political conversations about slavery. "The birth of emancipation is really the summer of 1862 in Richmond," Ruth says.

April 14 is Civil War and Emancipation Day. Nearly 30 local historic sites and attractions will offer free admission and special events, as well as free shuttle bus transportation between sites from 10 a.m. to 5 p.m.