If the Floors Could Talk

A Ginter Park house, where Oscar winners learned their steps, is on the market. 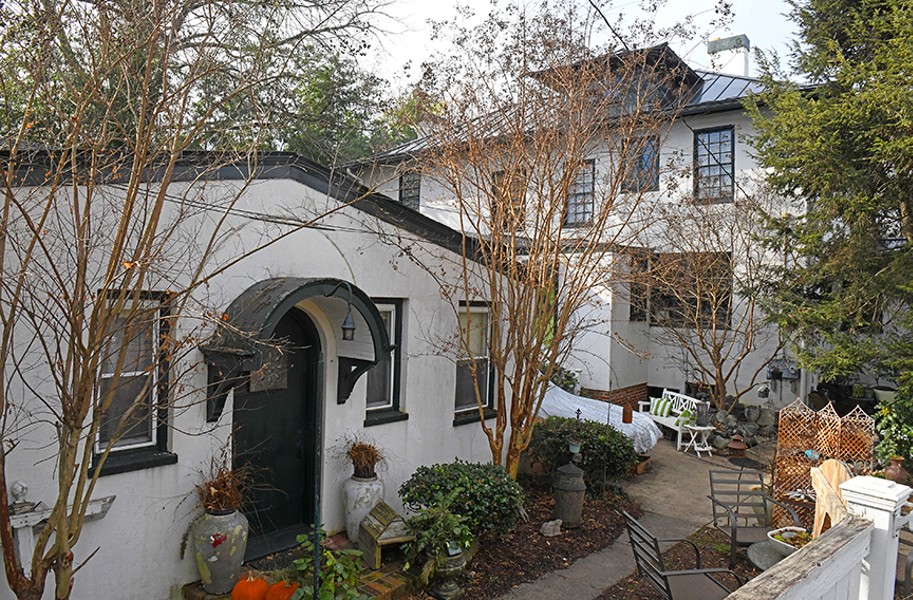 Scott Elmquist For 79 years, Julia Mildred Harper taught dance at her home with an attached studio at Chamberlayne and Walton avenues.

Most real estate agents when describing evocative old homes have quipped: “If the walls could talk. …” So it’s understandable if Dennis Garza, of Long & Foster, has uttered: “If the floors could speak. …” when showing the 112-year-old, English arts and crafts style mansion now on the market in Ginter Park.

Wrapped by high and wavy bamboo hedges, the white stucco residence and dance studio was the domain of Julia Mildred Harper (1912-1997) for 79 years. She was a strikingly elegant, civic-minded and strict ballet and dance teacher who resembled Joan Crawford and smoked. On warm evenings, Harper often held court with a cocktail on the commodious front porch of her family’s 4,561-square-foot home at 3511 Chamberlayne Ave.

Harper’s galaxy of friends and dance world figures included Bill “Bojangles” Robinson, a native of Richmond’s Jackson Ward. He was Hollywood’s highest-paid black performer in the first half of the 20th century and counted “The Little Colonel,” that co-starred Shirley Temple in 1935, among his box office hits. In March 1932 Harper, who is still referred to as “Miss Harper” by former acolytes, asked the renowned tap dancer to appear in a charity event here. He declined via a letter that is now in the archives of the Virginia Museum of History & Culture: “I’m on my way to California with my unit of 30 people playing the RKO houses — so you see by April 22 I’ll be quite away out west. However, at some other time when I’m not working, I’ll do what I can to help you out.”

In the early 1940s Harper, who was married to lumberman Fitz-Randolph Marston with whom she had two children, introduced the sister-and-brother Beaty siblings, who lived nearby, to the world of performing — via tap dancing and ballet. Today, famously known as Shirley MacLaine and Warren Beatty (he added the second ‘t’), the two are Hollywood royalty. MacLaine has been nominated for six best actress Academy Awards. She won for “Terms of Endearment” in 1984. Beatty has been nominated for 15 Academy Awards and won two, for best direction of “Reds” in 1981 and the 1999 Irving G. Thalberg Award for producing. These native Richmonders moved to New York and later bridged the gap in the late 1950s and ’60s between the Golden Age of Hollywood and the modern era.

MacLaine, born in 1934, and Beatty, born in 1937, were the children of Kathlyn MacLean Beaty and Ira Owen Beaty. The latter was the principal of Westhampton School on Patterson Avenue. The Beatys lived in the Bellevue neighborhood at 3954 Fauquier Ave. and the children attended Ginter Park Elementary School.  One classmate of MacLaine’s was Carter Smith Pollard who lives in Bellevue. She says that since MacLaine and she were tall they were assigned desks in the rear of Mrs. Clark’s six-grade classroom. 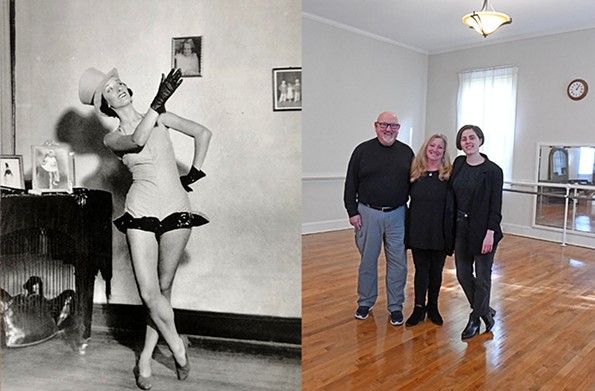 “We got in trouble because we talked a lot,” Pollard says. “Once, when we threw spitballs at a straight-A student, Anne Stuart Hartz, I got caught, she didn’t.” Pollard also says that then-third-grader Warren Beatty told her the first dirty joke she’d ever heard on the steps en route to a school assembly. It was innocent.

MacLaine studied dance with Julia Mildred Harper three days a week for six years. In a 1987 interview, Harper told the former Richmond novelist Patricia Cornwell that the future star was “just very much like all the other students.” On the other hand, the actress has often credited Harper with having been a major influence. As a four-year-old in a dance recital, “I had on a little green costume and I looked like a four-leaf clover,” she told a magazine columnist in 1959. “I tripped on the curtain and fell down. That’s when I got my first laugh. I liked it. I damn near fell down again on purpose, but I knew my teacher would have killed me.”

The star of such dance-themed films as “Can-Can,” “Sweet Charity” and “The Turning Point” has long been admired for her gams: “I don’t have muscles in my legs like most dancers,” she told an interviewer. “If you do a little jump, your automatic reaction is to put your heels up. If you have a teacher yelling every minute: ‘No, get your heels down,’ the muscles and your calves stay loose and supple.”

By the early 1950s, MacLaine was performing in the chorus line of a Broadway musical. On Valentine’s Day in 1955, Ira Beaty, her proud father who now lived in Arlington, wrote to Julia Mildred Harper: “You predicted that she would be a success as a dancer and how right you were! You can see her Thursday, Feb. 17 at 8:30 on CBS-TV on the ‘Show of Stars’ show. Betty Grable pulled some ligament in her leg in rehearsal so they asked Shirley to take over for her. 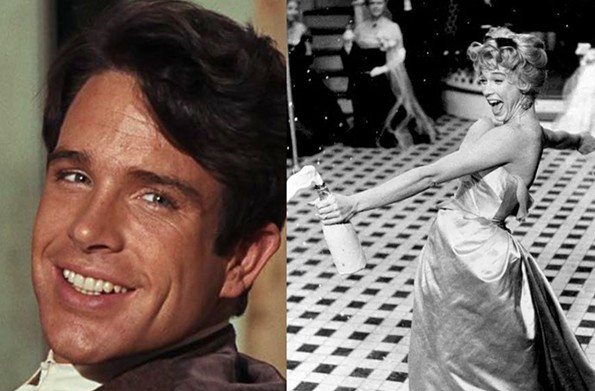 “She uses her first two names for the stage,” Beaty continued, “She was quite a success as Carol Haney’s understudy in ‘The Pajama Game,’ [the lead dancer and actress  had broken her ankle] and, as a result, was offered several movie deals — took one with Hal Wallis [a major film producer]. He loaned her to Alfred Hitchcock who starred her in ‘The Trouble with Harry’ to be released in April. This month she starts her second picture with [Dean] Martin and [Jerry] Lewis. Mrs. Beaty and I felt that you ought to know what you started! After Richmond she continued dancing and studied voice and acting here in Washington and New York.”

Such films as “The Apartment,” “Irma La Douce,” and Oceans 11” followed. Much more recently MacLaine has had featured television roles in “Glee” and on “Downton Abbey.”

MacLaine once balked that her big break came at another performers’ expense: “Overnight discovery? Hell, I worked 16 years to get that break.”

Warren Beatty only spent a year in Julia Mildred Harper’s dance classes. After playing football at Washington-Lee High School in Arlington, Virginia, he attended Northwestern University where he appeared in student productions. Then, following his sister to New York and Hollywood, in 1959 he was featured in an early television comedy, “The Many Loves of Dobie Gillis.” For his first — and only — Broadway performance in “A Loss of Roses,” he garnered a 1960 best actor Tony Award nomination.

In 1967 at age 29, Beatty was clearly focused, talented and ambitious when he produced and starred in “Bonnie and Clyde.” Among the other celebrated films that he either produced, wrote, directed, or starred in — or any combination of the aforementioned — were “Shampoo,” “McCabe and Mrs. Miller,” “Heaven Can Wait,” “Dick Tracy,” and “Bugsy.”  In 1992 he married actress Annette Bening, herself a four-time Oscar nominee. They have four grown children, some of whom are actors.
Today, the careful stewards of Julia Mildred Harper’s former five-bedroom home, where she started teaching classes at age 12 to neighborhood children, and the attached, 38-by-22-foot dance studio, are her late son’s wife, Nancy Marston Rechenbach and her husband, Ronald C. Rechenbach. The mirror-lined studio is mostly empty except for the barres and the spinet piano.

“I can still visualize Miss Harper leaning on the piano and regally holding her lit cigarette as we practiced our positions,” recently said Priscilla Rowe Gomez,  59, a former student who lives in Fort Lauderdale, upon hearing that the family was selling the Ginter Park  landmark.