If Chuck Chose the Oscars

Our film critic lists his personal picks for the 2020 Academy Awards. 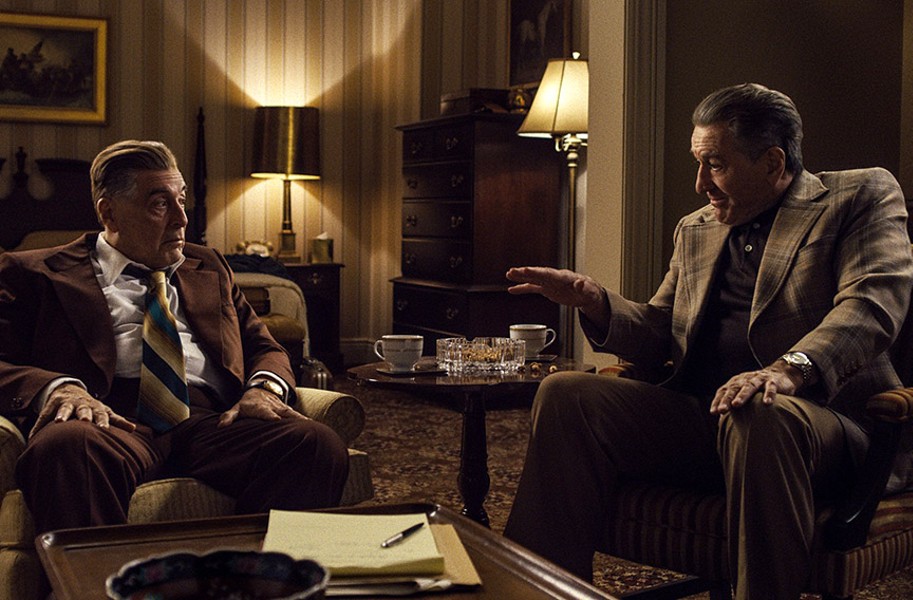 Here we go again, debating who should or shouldn’t win little gold men while the world burns. Does such nonsense render life livable or dangerously distract us from matters of actual importance? Probably both.

This year’s Oscar nominations are predictable in some ways — with the usual valuing of vanilla prestige projects and marginalizing of daring artists — and surprising in others. The ongoing popularity of “Joker” is baffling, though it’s nice to see attention paid to the somewhat overrated South Korean thriller “Parasite” and Greta Gerwig’s exhilarating take on “Little Women.”

Of course, the real fun of the Oscars, which I haven’t watched in ages, resides less in drinking in the gorgeous stars in priceless clothes than in feigning moral superiority to the academy’s various choices. With that in mind, I offer my picks in several of the major categories. Please note that these are my favorites from the nominees I had to work with, not predictions. For those, please consult one of seemingly countless Oscar bookies.

This category boasts fairly reasonable choices across the board, with the highlights being Tom Hanks for “It’s a Beautiful Day in the Neighborhood,” Brad Pitt for “Once Upon a Time…in Hollywood” and Joe Pesci for “The Irishman.” It’s probably Pitt’s year, but Pesci gives the performance of his career, playing a powerful criminal as a haunted, insinuating monster. My pick would be Pesci by a mile.

Margot Robbie’s and Kathy Bates’ respective nominations for “Bombshell” and “Richard Jewell”, both disappointing movies, feel like obligatory shout-outs to beloved pros. Florence Pugh is wonderful in “Little Women,” but Laura Dern’s curt stylishness, for “Marriage Story,” is the highlight of this category.

“Knives Out” is clever yet overstuffed and self-conscious like every other movie in Rian Johnson’s filmography and “1917” reduces a war to a tedious formal gimmick. “Parasite” nearly squanders a wonderful first hour with increasingly absurd social symbolism. Meanwhile, Quentin Tarantino delivers in “Once Upon a Time…in Hollywood,” his most relaxed and graceful writing since “Jackie Brown,” and Noah Baumbach’s script for “Marriage Story” dramatizes divorce in a series of brutal, revealing oratory showdowns. A photo finish, but I’d award Tarantino.

Not even close. Steven Zaillian’s script for “The Irishman” is a rich, funny, human and structurally ingenious rumination of the sin that’s eating America away.

Renee Zellweger fetishizes Judy Garland’s neediness in the morbid “Judy,” not quite capturing the legend’s fiery spark. Charlize Theron was apparently nominated for the dreadful “Bombshell” for wearing pseudo-convincing makeup. The other three nominees are honorable, however. Saoirse Ronan informs “Little Women” with her usual control and intelligence; Scarlett Johansson is unusually vulnerable and heartbreaking in “Marriage Story;” and Cynthia Erivo invests “Harriet” with a simmering power, capturing Harriet Tubman’s humanity as well as her audacity. I would go with Erivo.

This category annoys me for multiple reasons this year. Where is Adam Sandler for “Uncut Gems?” The academy’s total snub of that hallucinatory film is among its most grievous offenses this year. Also, the possible winner here is among my favorite working actors, for a performance that I dislike. In “Joker,” Joaquin Phoenix reprises the tortured gestures he gave in far greater films like “The Immigrant” and “The Master,” with very little emotional connective tissue. Jonathan Pryce is fine in the lackluster “The Two Popes,” but it’s a gold-watch nomination. Leonardo DiCaprio is funny and quite poignant in “Once Upon a Time…in Hollywood” and Adam Driver is searing in “Marriage Story.” That said, Antonio Banderas’s wry, elegant, deeply touching performance in “Pain and Glory” is my favorite.

I’ve said it before and I’ll say it again: Awards for best director and best picture should always be the same, as a best picture is an unmistakable and intrinsic expression of its director. In other words, best picture winners should ideally be auteur films. Whether you like them or not, five of this year’s best picture nominees are expressions of their creators’ spirits and obsessions: “Little Women,” “Parasite,” “Once Upon a Time…in Hollywood,” “Marriage Story” and “The Irishman.”

I admire all five of these films to varying degrees, but for me these categories are still no contests: “The Irishman” is the best film of 2019 and Martin Scorsese is the best director. Scorsese delivered an old man’s reckoning that’s rich in overlapping confessions, in secrets, in regrets, in unexpected comic curlicues and in a slow-dawning dread that gradually takes over as a barely known killer, a purported orchestrator of major American history, comes to fail a crisis of conscience, destroying one friendship in order to honor another. Scorsese connects this man’s downfall to the erosion of American idealism, fashioning a late-period masterpiece.