Guitarist Steve Stevens talks about the new Billy Idol tour and how they've stayed together. 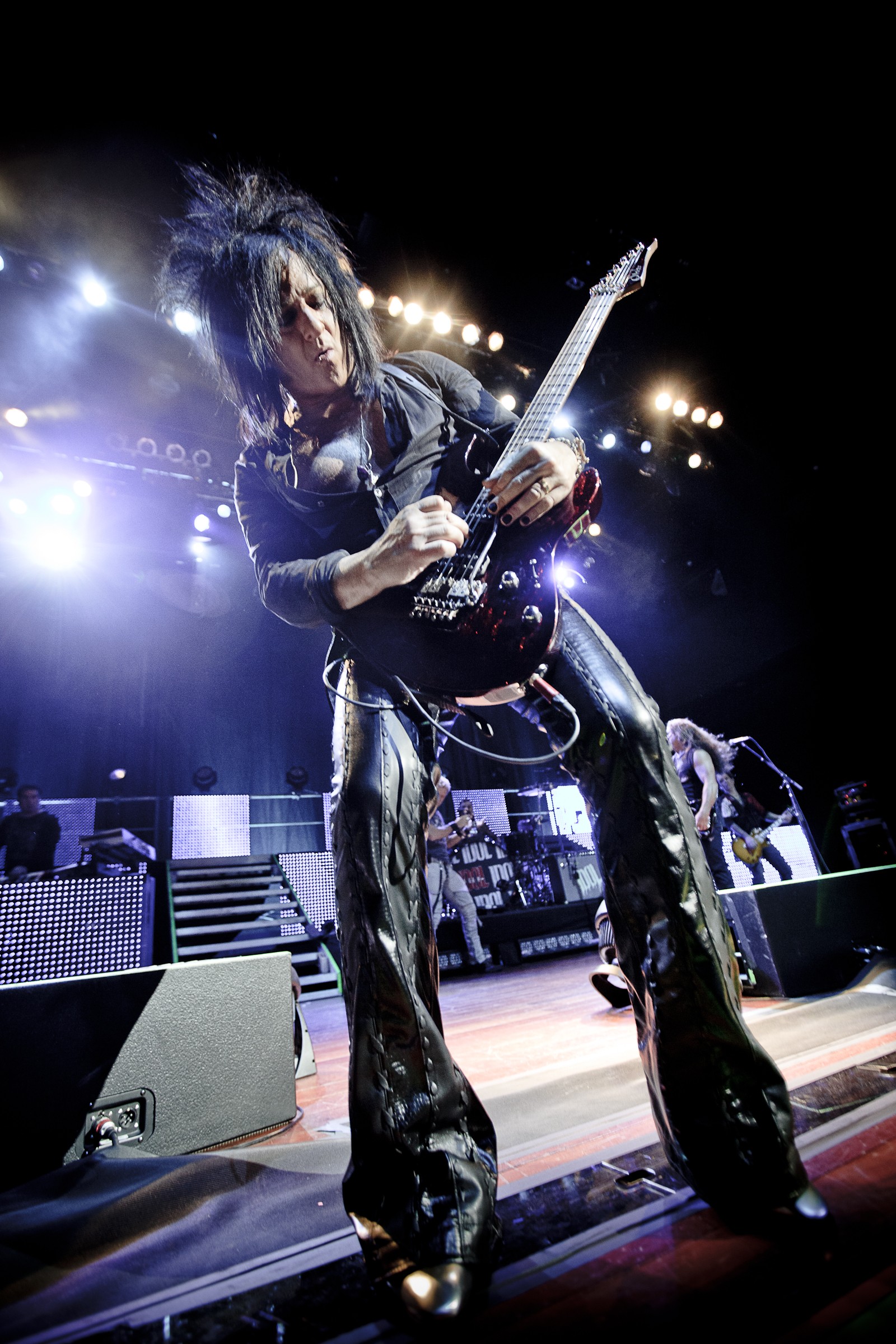 When one thinks of music from the 1980s, flamenco doesn’t necessarily come to mind.

However, there is one guitarist, Steve Stevens, who managed to pair flamenco music with glam rock into a combination that launched his well-known frontman, Billy Idol, into a rock legend.

The casual listener may not know that Stevens also wrote the instrumental music for the movie “Top Gun” (cue F-14 and Tom Cruise) and the movie “Speed.” Or that he is a respected session guitarist who has worked with Michael Jackson, Vince Neil, David Lee Roth, and many others. Or that Stevens and his beautiful wife Josie were stars of their own 2010 reality show, E!’s “Married to Rock.”

Stevens and Idol are back on the road together and playing a sold-out show at the National on June 2 as part of a five-month tour of North America and Europe. The pair is promoting their new album, “Kings and Queens of the Underground,” which corresponds thematically to Idol’s recent autobiography, “Dancing with Myself.” The memoir chronicles Idol’s childhood in England and his teenage punk rock rebellion, with a hedonistic rise to stardom on a mixture of hard dreams and hard living.

Stevens collaborated on the album while Idol was writing the book.

“It was more like conversation,” Stevens says. “Like, ‘We should write a song about this period of time’ and I guess he’d be working on the portion of the book at the same time. Doing the record was almost like writing a soundtrack.”

The songs reveal high and low points in Idol’s quick rise to fame during the early MTV-era: “I was a functioning drug addict, if there is such a thing,” Idol writes in the biography. “I am hopelessly divided between the dark and the good, the rebel and the saint, the sex maniac and the monk, the poet and the priest, the demagogue and the populist.”

Stevens was introduced to the singer by Bill Aucoin, Idol’s manager who had achieved great success with the band Kiss. It would turn out to be a 33-year marriage of styles. “Yeah, it’s unheard of in my business,” says Stevens, laughing. “I think there is something to be said for the fact that these two knuckleheads are still working together.”

Things were not always rosy. Idol and Stevens fought it out on stage after a show, with Stevens pinning Idol to the floor. They split ways, Stevens going off to pursue a solo career in a deal with Warner Brothers that produced two albums “Flamenco A Go Go” and “Memory Crash.” They reunited later, more invigorated to produce their best music. “That was always the main thing, and I’ll say that for Billy as well, that we still feel very fortunate to be doing what we are doing. And we take it very seriously. We enjoy it, that’s the main thing.”

Fans can recognize his signature guitar style -- formed by an early love of flamenco paired with experimental sounds, a true fusion of methods. Stevens says he started playing guitar around age seven but didn’t care for his early teachers.

“But then one summer, I went to a music camp and I met the music teacher who was a flamenco guitarist. He was a Romanian gypsy who had escaped the Nazis in World War II and this music was about his people,” Stevens explains. “He had such a dedication and he was such a full-of-life character that I fell in love with the music.”

On this tour the audience can expect to hear a celebration of the band’s growth in the ‘80s as well as an homage to crazy nights in the studio, trashed hotel rooms, and talented musicians who burned out early.

“'Ghosts in My Guitar” was the song [on the new album] that we were talking about when Billy first came to New York and all of these people were around who maybe aren’t with us anymore,” explains Stevens. “I came up with this concept that, wouldn’t it be great if they still live on through the music even if they are not with us anymore? New York is very different now, but in 1981, 1982, it was pretty dangerous, you know? And we experienced a lot of that craziness.”

Billy Idol performs at the National on Tuesday, June 2.