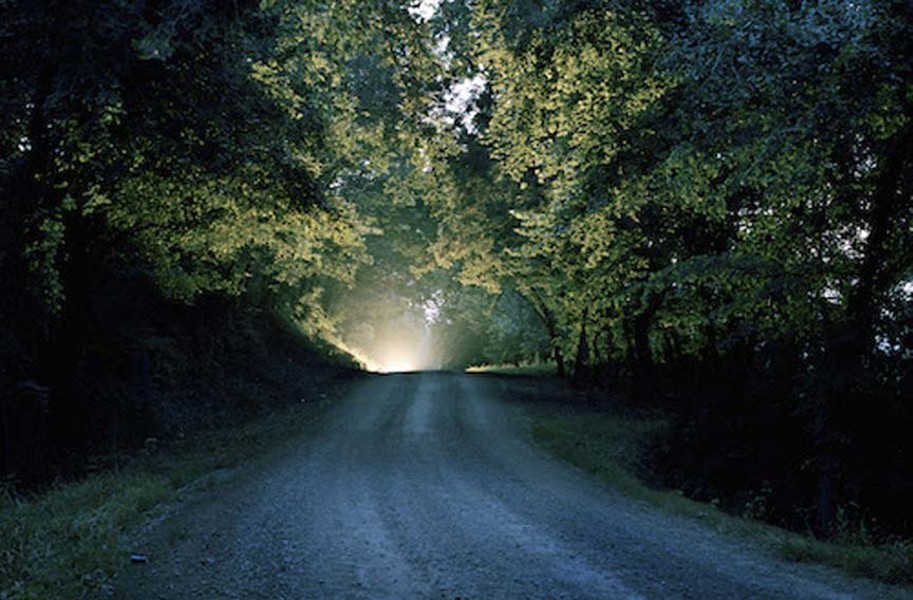 Atone Dolezal and Lara Shipley, “In the Ozarks there are Lights”

The late performance artist and educator Allan Kaprow once said, “The line between art and life should be kept as fluid, and perhaps indistinct, as possible.”

A lifelong sentiment for Kaprow, it seems descriptive of the fourth annual group photography exhibition, “Unbound4,” at Candela’s Books and Gallery.

Most of the exhibit’s 65 photographs and nine art books are selected from more than 400 international submissions, with the exception of 10 invited artists emerging and established. The show is an engagement with storytelling, the unfolding of time, a commitment to process, and the blurring of art and life runs throughout. 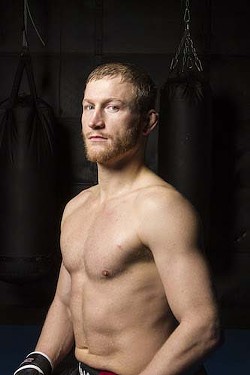 “We are trying to introduce a larger contemporary cross-section [of photography] to Richmond,” he says. “That’s my backhanded defense of the eclecticism. It’s contrapuntal to the rest of our programming for the gallery.”

That’s one reason for including Lydia Panas’ “Meredith” (2014), a photograph from a larger project titled “After Sargent,” after leading turn-of-the-century portraitist, John Singer Sargent, known for his full-length studies of confident, capable women.

Panas’ young woman in three-quarter pose is arresting. Lips slightly parted, freckled fair skin, and a tangle of strawberry blond curls, “Meredith” seems simultaneously vulnerable and defiant as she leans out from the dark blue backdrop.

Liz Steketee explores the role of women in her works “Kitchen Crazy” (2012) and “Gloves” (2014), which combine hand-stitched embroidered floss over collaged photographs. The mother of two, Steketee brings in a healthy dose of humor, critique and realism with her vintage depictions of domestic life. Another artist interested in vintage objects, David Trautrimas, appropriates images of 1950s appliances, which he then collages into sci-fi architectural structures set within sparse, desert landscapes.

Joshua Meier’s four-part series: “Ruminations #10, 12, 19, 21” (2015) demands attention. Hung together in a grid pattern, each features a single haphazard ball of twine, enlarged to reveal the minutia of the material. S. Gayle Stevens’ three-part “Nest” tintypes are another study of beautiful formal objects.

In contrast, works by Mike Brodie or Stacy Krantiz’s photographs seem wanting by themselves; they need the remainder of the series to tell their complex stories. Selections from larger projects — Brodie’s “A Period of Juvenile Prosperity” (2006-2009) and Krantiz’s “The Crevasse of the Reich” (2010-2012) — the photographs document the artists’ unique experiences, as a freight-train-hopper traversing America (Brodie) or a World War II Nazi re-enactor of Leni Riefenstahl (Kranitz). 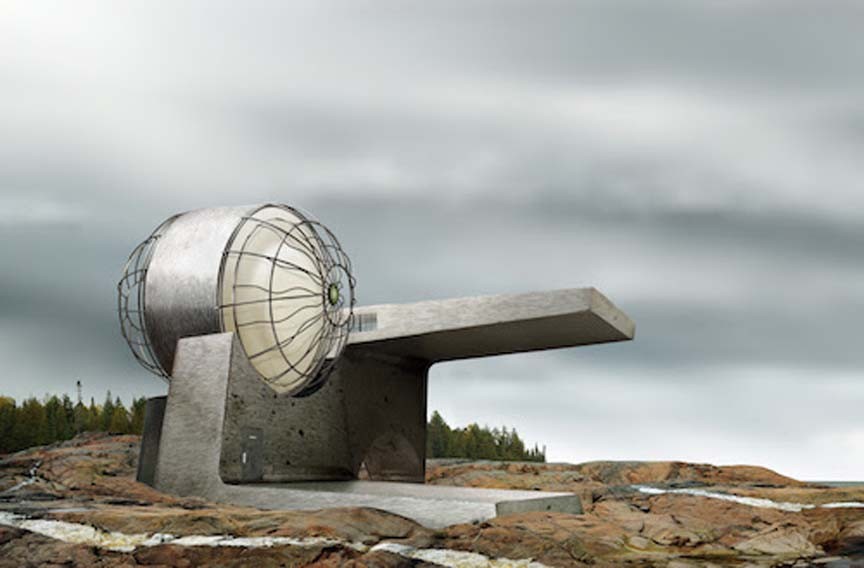 To balance this gap between project and single image, “Unbound4” has expanded into photographic books.

“This year we received two submissions of artist’s books,” Stettinius says. “Although we hadn’t thought about it, we really liked it and decided to invite a few more artists. We see this as an ongoing component to ‘Unbound.’”

Justin James Reed’s “2013” (2012) and “Mystic Places” (2013) are both rewarding highlights of the exhibition. Smart and conceptually driven, “Mystic Places” is a meditation on the book format itself, deconstructed to a series of empty frames. “2013,” printed with experimental UV light, is ethereal and experiential. At first glance it looks like simple, blank sheets of paper folded in half: A black light reveals images of voids, figures and landscapes.

Like previous years, “Unbound4” is more than a group show. All proceeds from the fundraiser go toward buying selected works from the exhibition for the ongoing Candela Collection — currently 29 pieces — which will be donated to a still-undetermined museum. It’s loosely modeled after the Houston’s Museum of Fine Arts Photo Forum, a group of photography collectors and enthusiasts.

“It’s hard to explain,” Stettinius says. “This is a for-profit gallery that is taking a nonprofit concept. Maybe one day we’ll do a monograph of it. Our goal is to open the doors to the photo community, to pace out the art locals love and also bring other artists to town. It’s a celebration.” S