I Shot the Band

Richmond photographer PJ Sykes really gets behind the music. 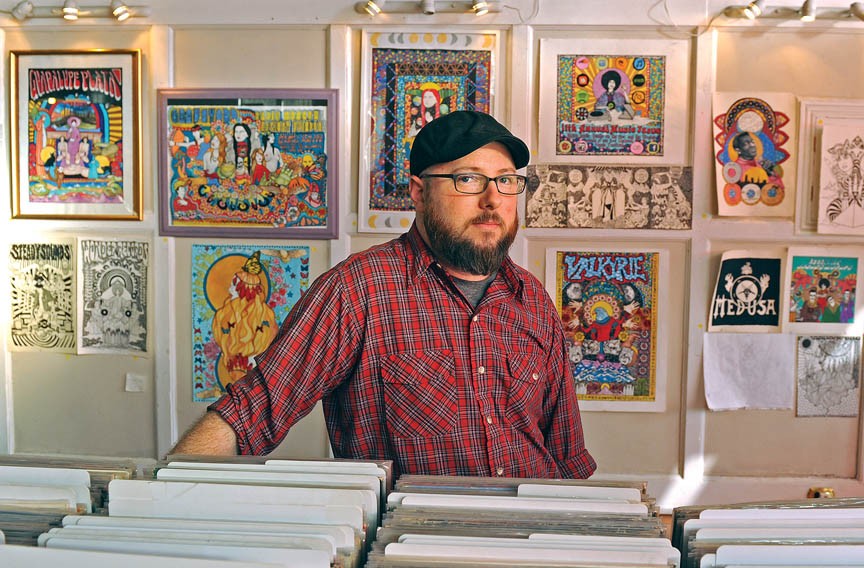 The Richmonder has made a name for himself with his black and white photographs of local and national bands, among them the Foo Fighters, Wilco, Flaming Lips, Superchunk and Arcade Fire. His works have been used by record labels such as Merge Records and Touch and Go and featured in national publications such as Spin, Paste Magazine and Time.com.

In his first solo show in more than five years, Sykes will show his recent work at Steady Sounds through September. "Steady Sounds is a record store that I really love," he says. "With this show, I wanted to get new college students to the store and show off this great place they may not know about."

Sykes' career in band photography began unexpectedly years ago, when he was involved with the local punk scene. "At every show we had to set up our own stuff," he says. "No one was shooting photos of the bands playing. I always had an interest in photography, so I jumped in and shot bands, and people really liked how they were turning out."

Sykes turned his attention to getting his work published by submitting shots to Spin's Soundcheck section, a high-profile, two-page spread of concert photography. "I began sending them photos every month or so," he says. "They kept saying they loved my stuff but couldn't find the right place for me yet. Finally after I submitted a photo of Superchunk, they took notice."

After calling to track down a missed payment, Sykes learned that Spin not only knew him by name, but also that the magazine had the photo of Superchunk enlarged and hanging on its office wall. "That was humbling," he says. "I found out that they were really into my stuff, but just never told me."

From there, Sykes says, it was all about making the right contacts so big things could begin to happen. Working through labels, especially Merge Records, has opened doors he never thought possible.

"Merge likes my work and tries to help me out any way they can." he says. "Through them, I got a chance to shoot the Foo Fighters, one of the few arena bands that I'm really into. Being in the pit for that show was incredible." 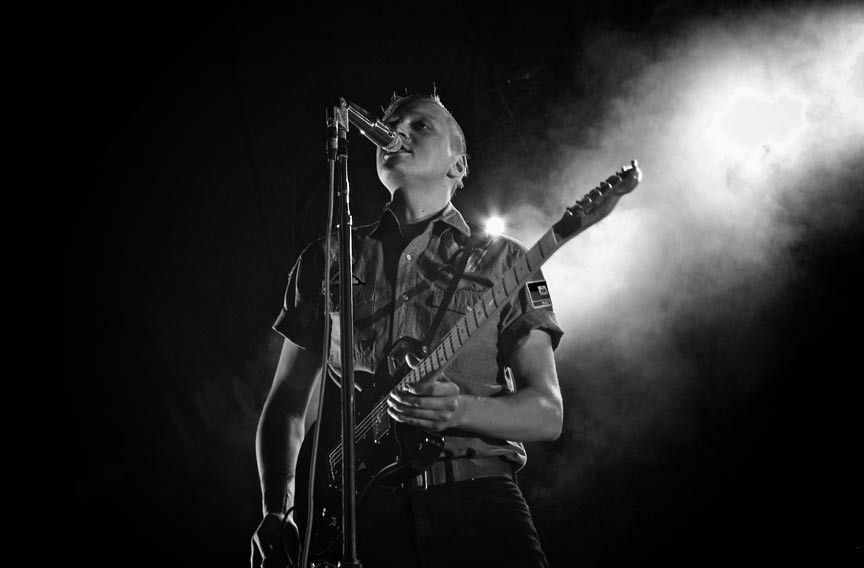 Concert photography can be a hazardous trade. While shooting the Jesus Lizard, Sykes leaped in to keep a runaway mic stand from hitting people after lead singer David Yow jumped into the crowd. Sykes also narrowly avoided injury while photographing the band And You Will Know Us by the Trail of Dead.

"They had two drummers face each other and walls of bass amps and monitors stacked up," he explains. "I got onstage and got behind the band to get a better shot, and the tour manager kept yelling at me to get out. I got off stage and it turns out they just didn't want me getting hurt. And as soon as I got out, the tower of amps fell onto where I was. I would have been crushed."

On top of shooting his favorite bands, Sykes is in a band himself, the noise rock group Hoax Hunters. He also volunteers at the Valentine Richmond History Center, photographing the organization's archives.

Recently he's been getting more requests from local bands, shooting publicity and promo shots for the Low Branches, the No BS Brass Band, the Snowy Owls and Minimum Wage Studios. Next week he's shooting the Raleigh, N.C., Hopscotch Music Festival for Spin.

The most memorable photos aren't just the band playing, Sykes says. To him, it's all about facial expressions, lighting and action. While he loves shooting performances, Sykes says he wants to seek out opportunities for more intimate photography off-stage.

"I've been fortunate enough to shoot bands that I really like," he says. "I'd really love to go behind the scenes of these groups and capture new things about them." S

"Photographs by PJ Sykes" is on view at Steady Sounds during September, Monday-Saturday, 11 a.m.-6 p.m. For information, visit steadysounds.com or pjsykes.com.