I Know You Got Soul

A documentary about Richmond's soul radio pioneers airs on WCVE. 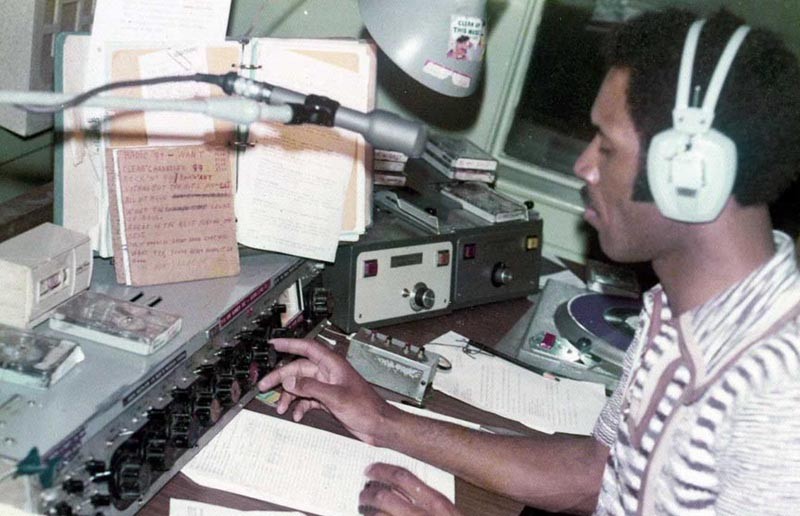 Making a documentary isn't easy. It took filmmaker Brad Johnston about four years to complete his project about the early days of African-American radio in Richmond and Petersburg. The film, "The Soul R&B Radio Legends of Central Virginia," has its broadcast television premiere on WCVE this month, but it might've been finished sooner if he hadn't gotten sick.

"I was diagnosed in November '09 with hepatitis C," Johnston says. "I was in chemo for six months."

While in treatment, Johnston kept working. Not just on the documentary, but also on his second feature film, called "Joe's Auto." He says he continued to work on the film in the hours leading up to its first public screening, earlier this year.

"Even though I became ill, that was no excuse for me," the 45-year-old says. "I battled it, I prayed, I conditioned my mind, I fought. And I prevailed. I've never been a person to give up."

Radio is a medium that Johnston knows something about. His nickname is El Bravador, and was a disc jockey at WKIE AM in the 1980s. He and the other members of the Z Rock Crew introduced a new component to local radio play lists: Hip-hop music. He presently plays host to a weekly radio show on WCLM 1450. His brother, WCLM morning announcer James "Chocolate Chip" Johnston, is one of the pioneering disc jockeys featured in the film, along with area radio veterans like "Tiger" Tom Mitchell, Kirby Carmichael, Micki Spencer, Rob Dungee and Ben Miles.

"What better way to give back," he says. "Then to give back to those guys who helped me be who I am today?"

Johnston says his film puts faces to some of the voices that were a part of the lives of faithful radio listeners, before the days of iPods, Spotify and Pandora. These were the sounds that came out of stations known as WENZ, WANT and WPLZ. "Everybody felt they were part of their families," Johnston says.

While many of the people from the early days are still around, the radio that they fondly remember is long gone. Things such as instant requests, on-air stunts, and live remotes from the state penitentiary aren't a part of the today's homogenous radio programming. Back then radio stations were just mom-and-pop businesses, struggling to survive and stay on the air. Many employees took their responsibility to the community very seriously.

In 1972, WANT stopped broadcasting after a terrible flood. Water washed away an access bridge to Belle Isle, where its powerless transmitter stood. But it wouldn't be down for long. Disc jockey and sometime technician Kirby Carmichael called a friend with a helicopter and was dropped off on the small island, where he started a generator that powered the transmitter and put the station back on the air again. "That was real radio," Carmichael says. "Whatever it took to entertain, that's what we did."

"Radio back then was for the community. It reflected the community at large," says director Johnston. "And it doesn't do that anymore." S