What isn’t being recalled about the late Harry F. Byrd Jr. speaks volumes. 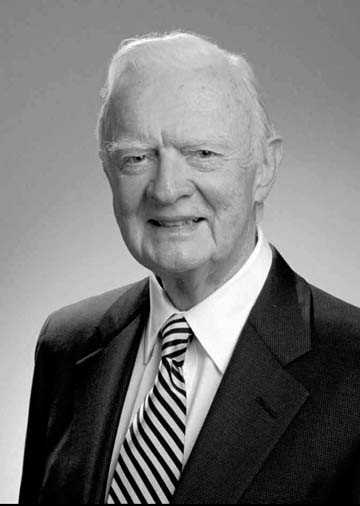 When Harry F. Byrd Jr., former U.S. senator and scion of one of the state's most powerful political families, died last week at 98, what wasn't said about him spoke volumes about how Virginia still struggles to deal with its tarnished history.

Republican George Allen, a former U.S. Senator and governor, gushed: "The lasting legacy of Senator Byrd is his consistent, sound and unflinching leadership in working to achieve the ideal of a wise and frugal government." The Winchester Star, a 19,000-circulation newspaper owned for decades by the Byrd family, lauded Byrd's "innate decency."

Unmentioned by any of them was Byrd's biggest contribution in the public arena: his stubborn support for Virginia's massive resistance policies to thwart court-ordered racial integration during the 1950s.

"He was far behind the times on the most important issue of the 20th century in this state: racial integration," Richmond political analyst Bob Holsworth says.

Virginia initiated massive resistance in 1956 with Byrd's strong backing and the cheers of The Richmond Times-Dispatch. Racial tension and international disdain resulted. Rather than integrate, for example, Prince Edward County closed its public schools from 1959 to 1964.

Throughout his career, Byrd boosted the policies of his father, Harry F. Byrd Sr., who set up a one-party system of government so tightly controlled that it resembled a Communist state. The Byrd Machine, which endured from the 1920s into the '50s, handpicked future public servants while keeping taxes and public services at low levels -- parsimonious policies still evident today. Political scientist V.O. Key wrote in 1949 that Virginia resembled a "political museum piece" presenting all the symbols, but none of the substance of a democracy.

As a U.S. senator, the younger Byrd also played a major role in splitting the Democratic Party in 1970. Upset by the leftward turn of the party during the tumultuous '60s, Byrd proclaimed himself an independent. The move inspired conservative Democrats to switch to the Nixon-era Republican Party, setting it up for Ronald Reagan's success 11 years later.

The younger Byrd, ever seeking to limit government reach, was notoriously inactive while in the U.S. Senate. One signature bill briefly ended a moratorium against importing chromium from white-dominated Rhodesia in the 1970s. He also successfully sought legislation to restore U.S. citizenship to the late Confederate Gen. Robert E. Lee, of whom Byrd kept an oversized portrait in his Winchester newspaper office.

Yes, Byrd was a cordial, gentlemanly type, says Ray Boone, editor of the Richmond Free Press, "but if you only look at that aspect of him, you really would not be honest with history or the negative impact he has had on Virginia. It is disgraceful that they would fly the flags at half staff for an individual ... who was against democracy throughout his life and who promoted racism in politics throughout his career."

Byrd's life story might have come out of a Southern potboiler. His ancestors dated back to William Byrd, the colonial owner of the Westover Plantation on the James River southeast of Richmond. Another relative was a famous Arctic explorer. His family ended up in Winchester at the northern tip of the state. Having gone through its wealth, it made money through sharp trading in apple orchards and by buying newspapers in Winchester and Harrisonburg.

As a child, the younger Byrd spent much time in Richmond at the Executive Mansion after his father became governor in 1926. He enjoyed a privileged youth and married a former Apple Blossom queen in 1941. He attended, but didn't graduate from, the Virginia Military Institute and the University of Virginia, and served in the Navy in World War I1.

His long public career began in 1947 when he was elected to the state Senate where he remained until 1965. That year, political crony Gov. Albertis S. Harrison appointed the younger Byrd to replace the ailing elder Byrd in the U.S. Senate. Byrd held onto the Capitol Hill seat in an election the following year and remained until 1982.

The younger Byrd may not have shaped Virginia as significantly as his father, Holsworth says, but he represented an era when the state was controlled by an elite club of white males. It deliberately kept the general public out of the decision-making process. Ironically, the very same public kept re-electing the Byrds year after year. S