The restored November Theatre brings a touch of London to West Broad Street. 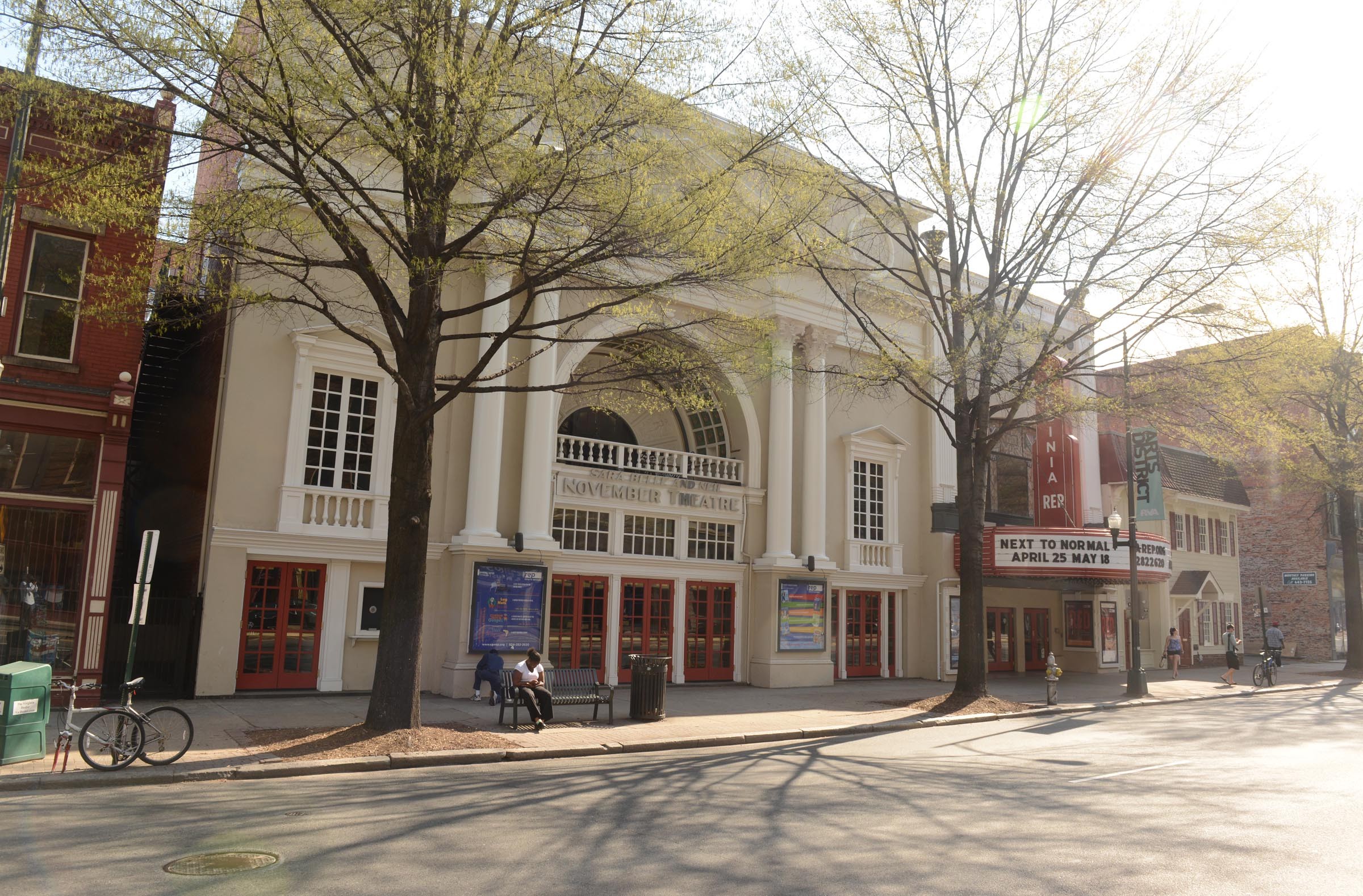 Ever wonder if a single piece of architecture can transform an entire neighborhood? The answer is yes.

Look no further than 118 W. Broad St., near Adams, where the facade of the Sara Belle and Neil November Theatre, formerly the Empire, has been restored to something that approximates its original classical glory. Suddenly, Virginia Repertory Theatre and the arts district have an architectural strut they never possessed.

Nearby, some of downtown's finest buildings long have delivered special magic. Consider the Renaissance, formerly the Masonic Temple, a Richardsonian Romanesque brick-and-stone hulk of a building across the street. Or the sophisticated, six-story Italianate structure with Roman arches, generous window openings and spectacular roof overhang at 201 E. Broad St. Then there's the tasty alignment of late-19th- and early-20th-century buildings that have been resuscitated along this stretch of Broad.

But the November facade — which for as long as anybody can recall was shorn of its original classical finery — now pulsates on sunny days. Its butter-cream-hued, exterior walls provide the backdrop for shadow plays that occur while changing daylight moves across the off-white Corinthian columns and generous entablature that support a crowning pediment.

Commonwealth Architects of Richmond oversaw the welcome transformation, which included a successful restoration of the art deco front of the adjacent former Walker movie house.

A little history: The November opened as the Empire at Christmastime in 1911. It was a vaudeville house but also presented plays. The local firm of Scarborough and Howell was architect. According to architectural historian Robert P. Winthrop, it probably was the first of many theaters to be designed by Claude K. Howell. An architect active in Richmond from 1906 to the 1920s, he and his associate designed more than a dozen houses in a wide variety of styles on Monument Avenue. Earlier in his career, Howell had worked on managing construction for the 1893 Chicago World's Fair which, as the White City, paid homage architecturally to ancient Greece and Rome.

In addition to numerous theaters Howell designed throughout the South, in Richmond he later designed the National (now a popular music venue) and the Lyric (now demolished) farther east in Richmond's downtown. At both the Empire and National theaters, Howell engaged Ferruccio Lagnaioli, a talented sculptor, to design relief designs for inside and out, which included dancing girls and prancing nymphs.

By 1915 the Empire had been renamed the Strand. And after a 1927 fire, the theater was reopened in 1933 as a motion picture house, its facade stripped of ornament to reflect the moderne style popular in the Depression. Rechristened the Booker T., the movie house catered to black audiences in then-segregated Richmond. After being closed for brief period in the early 1970s, the theater auditorium was restored, and its orchestra pit enlarged by a private developer who renamed it the Empire.

Then, in the early '80s, Virginia Rep, then operating as Theatre IV acquired the building. With Bond Comet Westmoreland and Hiner architects, it reworked and updated the building considerably, linking it to the former Walker next door both programmatically and architecturally. But budget limitations kept the facade of the theater complex from being restored — until recently, when longtime patrons of Richmond theater, the Novembers, made the current work possible.

Returning the classical facade to what is probably Virginia's oldest theater structure adds a welcome sense of exuberance that was sorely missing along this mostly dour swath of Broad Street. I don't think it's a stretch to say that the November Theater's new exterior is similar in spirit and design to some of the playhouses in London's theater district near Covent Garden. Therefore, when experienced among Richmond's grand Victorian- and Edwardian-era buildings nearby, as well as the terrific mix of galleries, trendy shops, popular restaurants and loft residences, the intersection of West Broad and Adams streets has a decidedly London look, feel and vibe. Even the way Brook Road, a former country turnpike, slices downtown's mostly consistent rectilinear grid at a 45-degree angle to link up with Broad Street, recalls the irregular street patterns of old British towns.

And so the show goes on. It just isn't all onstage. S