How Richmond Looks in the Movie "Permanent" 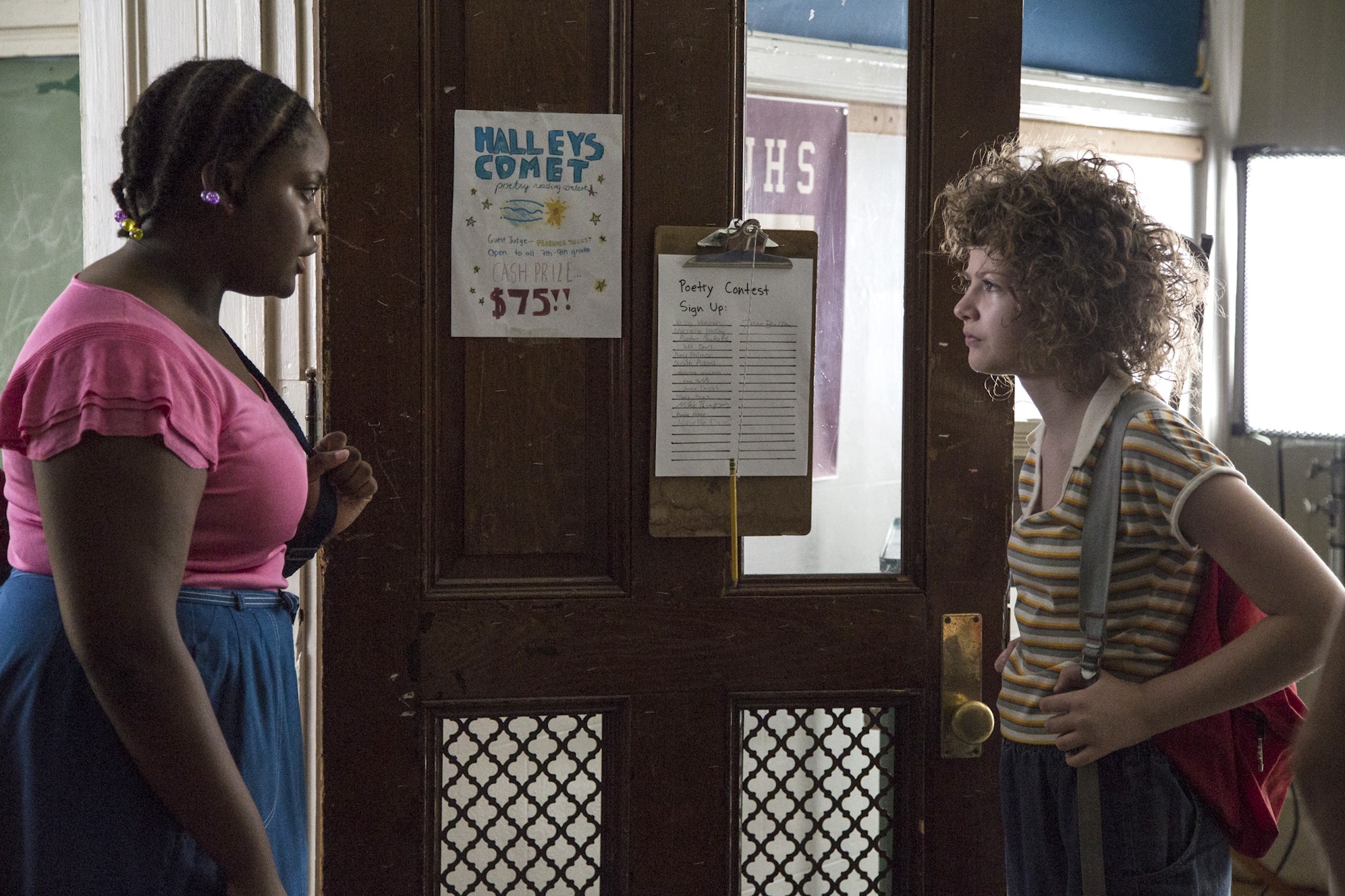 Two films now on Richmond screens have a remarkably lot in common.

“Lady Bird” and “Permanent” both deal with teenage girls anticipating college, having sexual awakenings and dealing with neurotic and impossible mothers. Each also finds solace in their laid-back, beaten down and understanding fathers. The protagonists, both of whom are white, cope with being from “other side of the tracks” at their respective high schools and have best friends that are ethnic, plump and wise beyond their years.

Both films were shot in state capitals. “Lady Bird” becomes a visual valentine to Sacramento, California, toward the end of the film on the eve of the title character’s departure for college in New York. “Permanent” was shot in Richmond and on the Virginia State University campus in Chesterfield. A number of local landmarks are identifiable, although identified by the filmmaker only as being “somewhere in Virginia” (the film’s director, Colette Burson, who once lived in Abingdon, probably references that town).

So let’s give “Permanent” a little local love. “Lady Bird” hardly needs it: It has scored a Golden Globe nomination for best picture and enjoys considerable Oscar buzz. The afternoon when I saw “Permanent” at the Criterion there were 25 people in the theater (one couple walked out in the middle of the screening apparently not finding it to their liking).

“Permanent” is set in late summer and autumn. A street in Fulton Hill provides the backdrop of modest one- and two-story houses, suburban chain link and picket fences and a landscape made lush from natural overgrowth as much as thoughtful gardening. A strikingly original and beautiful highlight of the film is a mating dance between teenage Aurelie, played by Kira McLea, the main character who is dealing with a bad permanent, and an insectlike male classmate: The pair cavorts in the backyard wearing Abraham Lincoln and George Washington mask, respectively.

Standing in for the high school exterior is the Richmond’s Tudor-revival Bellevue Elementary School on East Grace Street on Church Hill. Another scene is filmed near the James River and Kanawha Canal at the pump house, a glorious late 19th century gothic revival city waterworks built of gray granite in Byrd Park.

But the real visual fireworks in “Permanent” is a scene shot in Hollywood Cemetery in the Presidents’ Circle. It is filmed in the butter-mint hues of a late afternoon sun. The tombstones, obelisks, hillsides and paving stones pop in sharp relief.

What may be the strongest take away from “Permanent,” however, is not the excellent performance by Rainn Wilson, who plays the father, or Patricia Arquette, tedious and grating as the mother, but a newcomer, Nena Daniels. The 17-year-old resident of Midlothian, a senior at the Appomattox Regional Governor’s School in Petersburg, appears as Lydia. She plays only black student in the school who is befriended by Aurelie.

Daniels has tremendous presence and enjoys a screen moment any actor would crave -- down center on a proscenium stage in the Bellevue school auditorium -- reciting well-written lines. In this case those words are from a Nina Simone song, “Feeling Good.”

Keep this young actor’s file out. In real life Daniels plans to be in college next fall, she’s applied to Juilliard and Carnegie Mellon University, two of the nations’ top performing arts schools. Stay tuned.