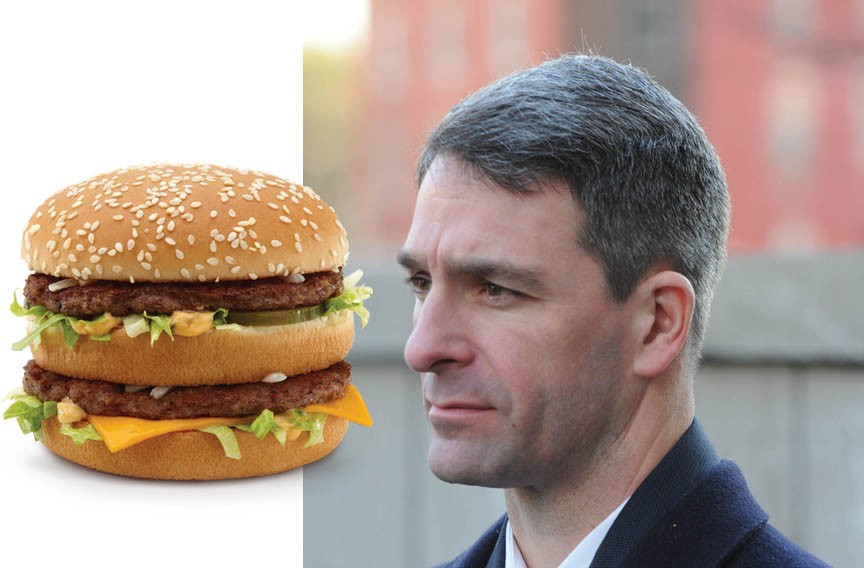 How much does Ken Cuccinelli love McDonald's?

But that doesn't mean the attorney general doesn't mind throwing the restaurant under the campaign bus when it's politically advantageous.

Last week the campaign of the Republican gubernatorial hopeful excitedly shared a Times-Dispatch column that disparaged his opponent, Democrat Terry McAuliffe, as the Big Mac of politics: "filling, not satisfying. Too much is bad for you." The campaign turned the whole thing into an online ad laden with greasy fast-food imagery.

The Web-only spot, of course, is rhetorical. Based on the campaign finance filings cited above, Cuccinelli must love Big Macs. Meanwhile, McAuliffe's largest fast-food expense tops out at $179 spent over two trips to Papa John's pizzeria.

[Hat tip to Julian Walker at our sister paper, The Virginian-Pilot.]