An excerpt from “We Face the Dawn” describes the segregated society into which future Richmond civil rights icons were born. 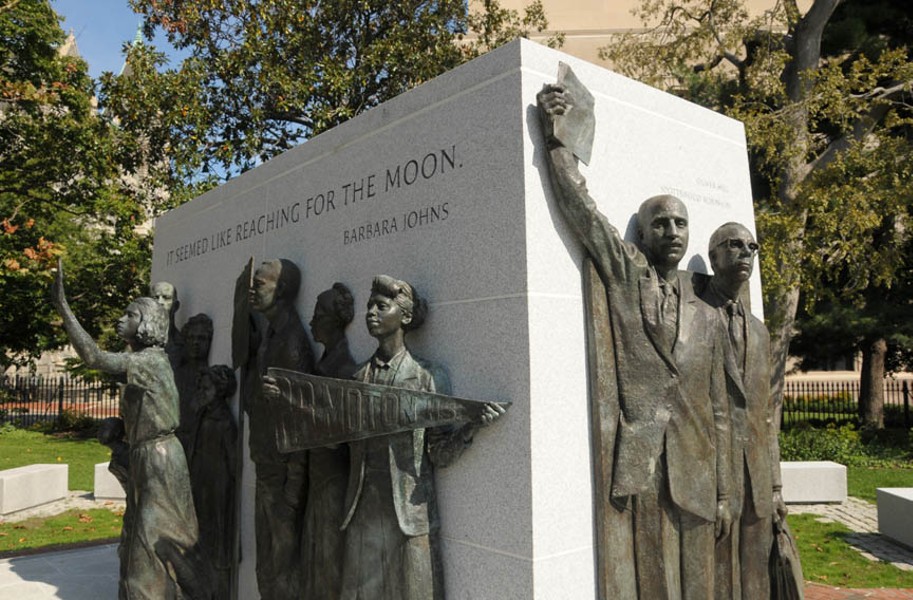 Oliver White Hill and Spottswood William Robinson III, who were born into early 20th century Richmond, became the nation’s most significant grass-roots legal team to erase Jim Crow segregation in the 1940s and ’50s. A forthcoming book, “We Face the Dawn: Oliver Hill, Spottswood Robinson, and the Legal Team that Dismantled Jim Crow,” by Margaret Edds and set for publication in February by the University of Virginia Press, details the lawyers’ lives and contributions. 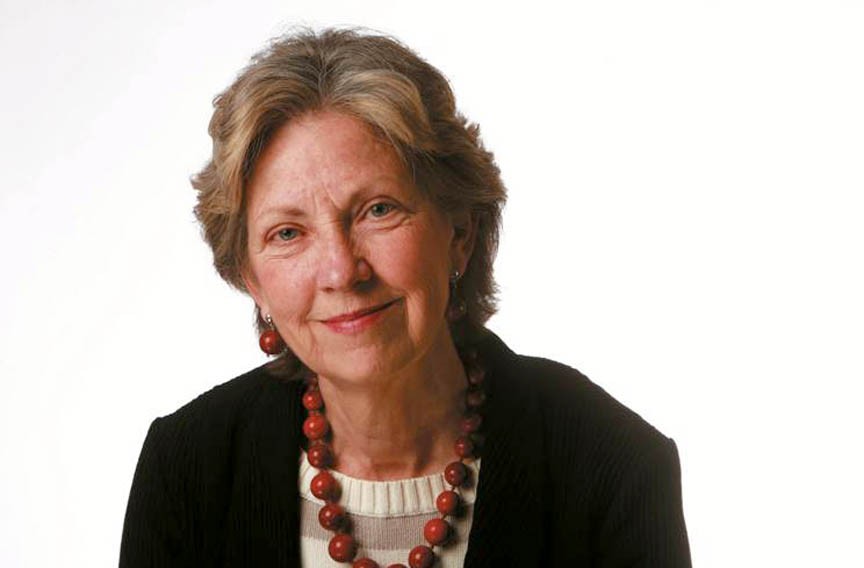 Hill, vibrant and combative, headed the legal committee of the NAACP’s Virginia State Conference of Branches for more than two decades. Robinson, exacting and deliberate, served as the NAACP’s chief legal representative for the Southeastern United States throughout the 1950s. Separately and together, they initiated scores of legal challenges to racial apartheid in education, transportation, housing and voting. Most notably, they filed and argued Davis v. County School Board of Prince Edward County, which was combined with four other cases to produce the historic 1954 Brown v. Board of Education decision, striking down racially segregated public schools.
Courtroom work alone does not account for Hill’s and Robinson’s influence, however. The pair also helped form a tiny brotherhood of trusted intimates, led by Thurgood Marshall and connected largely through the Howard Law School, which provided the assembled courage and intellectual fortitude to challenge and defeat a white power structure determined to thwart them at every turn. They were simply “the best local civil rights lawyers that we had anywhere in the South,” said former federal judge Robert L. Carter, a Marshall deputy who later served as the NAACP’s chief counsel, in a 1994 interview with the author. 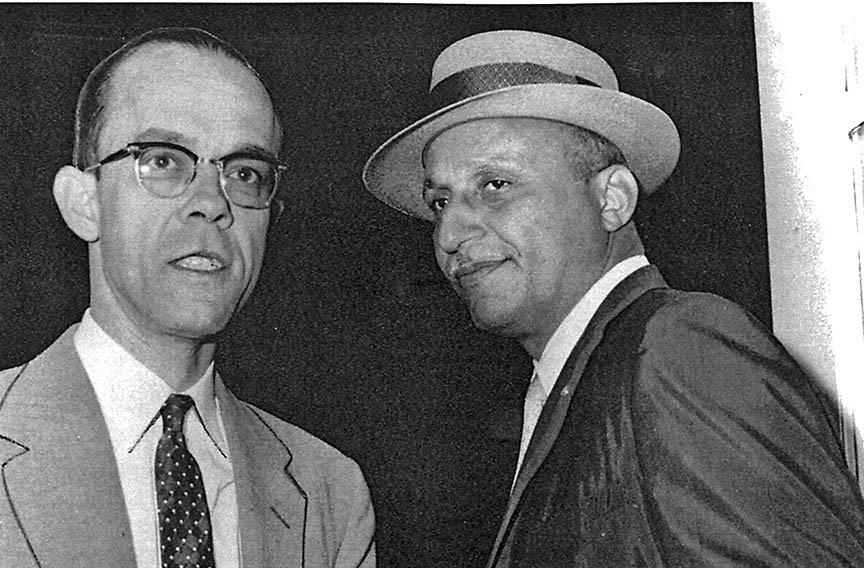 Eventually, Robinson rose to become chief judge of the United States Court of Appeals for the District of Columbia, considered second only to the Supreme Court in importance. He died in 1998. Hill received the nation’s highest civilian honor, the Presidential Medal of Freedom, prior to his death in 2007. The pair are represented in the Virginia Civil Rights Memorial on Capitol Square, which honors participants in the Prince Edward County school desegregation case.

This excerpt from “We Face the Dawn” describes the segregated society into which the future civil rights icons were born. Their births coincided with a reasserted dominance by white Southerners over a world that had been upended by the demise of slavery. A lengthening stretch of statues along Richmond’s Monument Avenue, honoring Confederate heroes, provided visual testament to that reclaimed white supremacy.

The final weekend of May 1907 marked a milestone in one of history’s most breathtaking reinventions. Forty-two years after General Robert E. Lee trudged toward Appomattox, with Richmond smoldering in ruin behind him, the survivors and offspring of that debacle gathered in the Confederacy’s one-time capital to face the war’s final challenge: contriving victory out of defeat. Thousands of officers, soldiers and widows descended on the city for the largest reunion yet of the United Confederate Veterans. Some thirty-one special trains helped transport the small army, braced by a supporting cast of sons, grandsons and Southern belles. Unrepentant Southerners served notice. The defiant phoenix known as the New South had no intention of shedding old feathers. Its future would be adorned in them, instead.

Before the gathering dispersed four fevered days later, the veterans had driven their stake deeper into the Southern soil. Two war heroes joined a growing pantheon of Confederate deities on display in the city. An estimated 10,000 veterans paraded down Franklin Street to mark the unveiling of an equestrian statue of the dashing J.E.B. “Jeb” Stuart, fatally wounded at the tender age of thirty-one at the Battle of Yellow Tavern, just north of Richmond. A few days later, tens of thousands more watched as the dedication of a granite-and-bronze memorial to the late Confederate President Jefferson Davis marked the reunion’s grand finale. Fireworks shimmered. Balloons hoisted Confederate flags high into sullen skies. And the sweet voices of school children trilled nostalgic anthems. “Until the end of time,” the Richmond Times-Dispatch promised, “the glory of the day will live in history.” 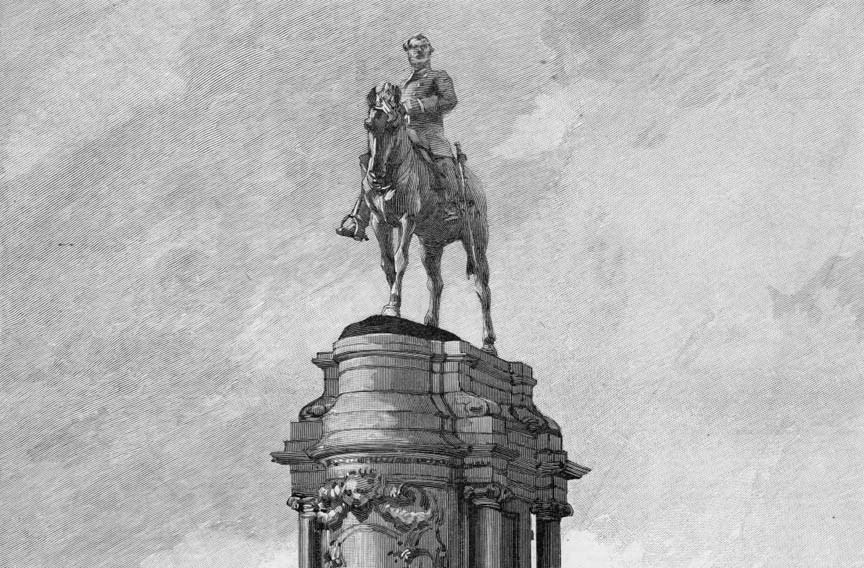 For an African American baby born into a separate Richmond a few weeks earlier on May 1, 1907, the reunion held far darker implications. For him, the hoopla could be taken as a threat, a sinister introduction to the zealotry and myopia of a world of which he was not a part and to which his very existence would one day pose a threat. That infant, Charles B. White, gained his name from an uncle, the younger brother of a father who quickly disappeared from the child’s life. Soon, Charles would take a different name, although it would be thirty-five years before he petitioned a Richmond city court to make the change official. Oliver after his mother Olivia. White for the paternal family into which he was born. Hill from stepfather Joseph C. Hill, whom Olivia would marry when her son was four years old. It was by that name, Oliver White Hill, that the child would one day make his mark.

Law and custom divided blacks and whites in the society into which Oliver Hill and, nine years later, Spottswood William Robinson III were born. Race relations in both Richmond and the Old Dominion were a mixed bag. On the one hand, an unusually large contingent of free blacks in the capital (nearly 1/5 of the city’s black population before the war) helped create a post-war black entrepreneurial class that gratified civic boosters. Notables included the indomitable Maggie L. Walker, the first female president of a chartered bank in America; John Mitchell Jr., an intrepid newspaper editor who early in his career excoriated white powerbrokers for their injustices; and Giles Beecher Jackson, a more conciliatory lawyer who drew personal congratulations from President Theodore Roosevelt after engineering an eye-catching exhibit on Negro progress at the 1907 Jamestown Ter-Centennial Exposition.

From 1890 to 1920, “Richmond was considered the most important center of Negro business activity in the world,” a 1940 Works Progress Administration report proclaimed. For years, Virginia’s white leaders smugly, and largely correctly, boasted that the state stood apart from much of the South by treating black citizens within the rule of law. Lynching, for instance, was comparatively rare, although that is not to say that no brutal racial killings occurred. Dozens did.

On the other hand, the twin evils of slavery and prejudice pierced the very marrow of Richmond’s and Virginia’s bones. City fathers liked to cite tobacco manufacturing, flour mills and ironworks as Richmond’s primary antebellum industries. In fact, a far more sordid enterprise — slave markets — had emerged as the city’s foremost economic driver by the 1850s. Historian Michael Chesson identified Richmond as “the center of the [slave] trade for the seaboard South,” second only to New Orleans as the nation’s slave mart. Human bondage, with its attendant suffering and degradation, lined city coffers.

Moreover, to say that the state operated lawfully is faint praise when many laws demeaned and debased blacks as second-class citizens. Revisions to the Virginia constitution adopted in 1902, five years before Hill’s birth, had the unapologetic intent of whittling black voting to a sliver. Carter Glass, a future United States senator and secretary of the treasury under President Woodrow Wilson, famously laid out the target: “Discrimination! Why that is precisely what we propose . . . with a view to the elimination of every negro voter who can be gotten rid of, legally, without materially impairing the numerical strength of the white electorate.”

Results mirrored intent. In Richmond’s Jackson Ward, the boyhood neighborhood of both Hill and Robinson, the number of registered black voters dwindled from almost three thousand to thirty-three after the new constitution took effect.

Significantly, the revised constitution also cemented the separation of black and white schoolchildren, an arrangement dictated since 1870 only by statute. “White and colored children shall not be taught in the same school,” ordered Article 9, Section 140. Separate, most assuredly, did not mean equal, as tacitly promised in the Supreme Court’s infamous 1896 decision, Plessy v. Ferguson. In the 1920s, the state spent four times as much educating each white child as each black. Localities maintained 400 four-year high schools for white children and only eight for black youth.

Efforts to legalize racial separation intensified in the years surrounding Hill’s and Robinson’s births and childhoods. Emboldened by Plessy, the Virginia General Assembly in 1900 passed the state’s first Jim Crow transportation law, demanding separate railroad cars for blacks and whites. In fact, Jim Crow had long been the de facto policy of life in Richmond and elsewhere across Virginia in matters ranging from hospitals to cemeteries to streetcars.

When the legislature authorized (but did not require) localities to make streetcar segregation mandatory in 1904, an outraged black community in Richmond took to the streets with a boycott. Rallied by the fiery John Mitchell, black travelers walked for months. The boycott helped nearly bankrupt the Virginia Passenger and Power Company, but the protest became moot when the legislature in 1906 ordered segregated streetcars statewide.

In 1911, Richmond adopted the state’s first ordinance requiring racially segregated neighborhoods. One observer called it “the most elaborate and comprehensive racial zoning law in the nation.” The statute caused consternation among blacks until a Supreme Court decision six years later invalidated that ordinance and similar ones.

Two particularly crude pieces of legislation underscored the determination of white elites to keep blacks separate and subservient. The false science of eugenics lent an aura of legitimacy to the scheme. Virginia’s Racial Integrity Act of 1924 decreed that only those with “no trace whatsoever” of nonwhite blood could be deemed Caucasian. The single exception, in deference to bluebloods claiming descent from Pocahontas and John Rolfe, went to those with one-sixteenth or less American Indian blood. 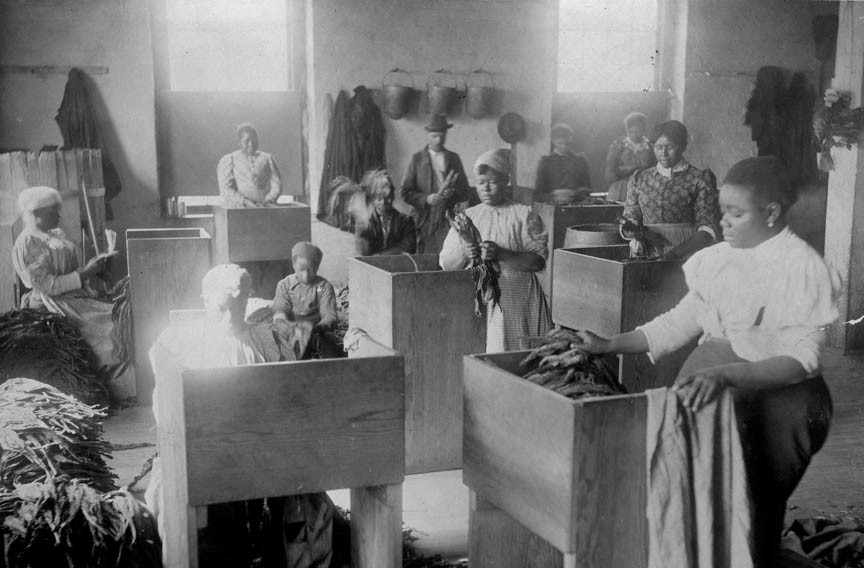 Zealously enforced by Walter A. Plecker, director of the Bureau of Vital Statistics and an unapologetic white supremacist, the law greatly expanded the number of Virginians deemed “colored.” Those unfortunates paid a severe price in matters ranging from education to marriage to voting. Two years later, the legislature underscored its contempt for minorities with adoption of the Virginia Public Assemblages Act, mandating racial separation in public places. The white editor of the Daily Press of Newport News, outraged after he and his wife were seated beside black patrons during a dance recital at Hampton Institute in February 1925, launched the protest that led to passage of the act.

Black Virginians were not entirely impotent in the face of such assaults. In the 1921 gubernatorial election, after Democrats accused Republicans of favoring blacks by advocating repeal of the poll tax, and Republicans fought the charge by proclaiming a “lily-white” party, John Mitchell rebutted the blatant racism by heading an all-black slate of candidates. He lost badly, garnering just over 5,000 out of about 210,000 cast in the gubernatorial race. Still, a protest had been registered.

Black citizens also won occasional victories in the courts, as when a reinvigorated NAACP chapter in Norfolk successfully fought a 1925 residential segregation ordinance and James O. West of Richmond in 1929 established his right to vote in a Democratic primary run by the state.

But for the most part, the city and state in which the future civil rights’ champions gained their start flaunted a racial caste system in which whites occupied superior roles and blacks lived, in effect, as an underclass of untouchables. S