How Green is Richmond?

We talk a lot about greening the city. But we have no idea how bad things really are. 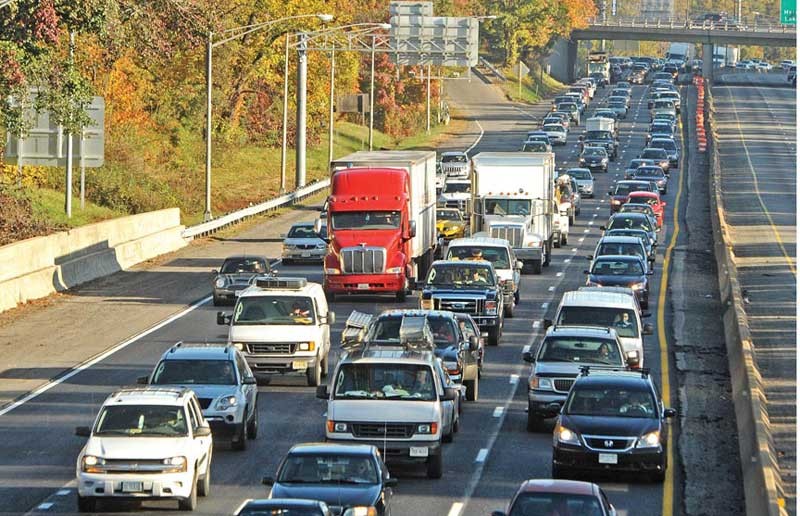 Once, there was a city that looked very green. Through it ran a great river where kayakers gamboled and herons soared. Farmers' markets overflowed with local tomatoes and grass-fed beef. The city proudly pointed to its solar-powered trash cans and its natural-gas-powered trash trucks and its future fleet of electric cars. Coffee shops served organic-milk lattes in compostable cups.

But this city had a dirty little secret: It was a dirty little city. Its residents, those in the city and surrounding counties, drove more than anyone else in the state — an average of 25 million miles every day. It ranked 15th among the nation's metropolitan areas for carbon emissions per person. Suburbs swallowed 12 percent of its farmland in five years. And the compostable cups mostly got thrown in the trash.

That's Richmond. A metropolitan area where a great many people champion green causes and yet, the big picture is brown. Why? What can we do? And does it even matter?

Green is a word worn thin. The new word people like to use is sustainable, a broader term that encompasses social equity, a healthy environment and a thriving economy.

People used to think about the environment as a developed-world problem, says the Richmond Green Party's former chairman, Scott Burger. "Now people are recognizing that it's truly a global issue," he says. "And it's going to affect us all, with 7 billion people."

While government and business leaders may debate how best to achieve sustainability, it comes down to the bottom line: increasing efficiency, saving money and improving quality of life to attract more taxpayers.

You can boil down the environmental part to air, water, energy and waste. But even those four doors lead to a maze. Should we recycle more? Or push for light rail? Or turn off our office lights? Or shrug and toss our empty beer bottles in the trash?

Let's keep it simple. Richmond's biggest environmental problem, most sustainability experts say, is that we love our cars — and we have few other options.

A 2008 study found that the Richmond area's driving-age residents drove, on average, 28 miles per day — more than any other Virginians. Richmond's drivers spend more time in their cars than Los Angeles motorists — an average of 242 hours each year versus 213 — during peak travel times, according to a 2010 report. With all the driving and nearby coal-burning power plants, the area also produces more air pollutants per person than anywhere else in the state. From 2000 to 2008, the area recorded 24 ozone air quality violations each year, on average.

Richmonders are surprised every time they hear this, says Trip Pollard, senior attorney and leader of the land and community program for the Southern Environmental Law Center. As long as congestion is rare and gas is relatively cheap, people don't think hard about how much they drive, he says.

Sure, the area has plenty of foot-friendly neighborhoods and mixed-use developments. But according to the newest center report, land development in recent years has moved at a fast sprawl.

From 2002 to 2007, farmland in the Richmond region declined by 12 percent. About 21,500 acres (or 33 square miles) was developed in Chesterfield County alone between 2000 and 2008. The rate of land development far outstrips the rate of population growth.

The pace has since slowed along with the economy. Yet the only way for most Richmond-area residents to get from Point A (home) to Point B (work) to Point C (the Short Pump Whole Foods Market) remains the car.

Mass transit remains a prickly issue. A Brookings Institution study released in September shows that Richmond's regional public transportation — well, let's just say it — sucks. Our region ranks 92 out of 100 metropolitan areas for how well mass transit connects residents to jobs. If you live in the city, you can catch a bus just fine. But you can't get to or from the suburbs — which is where 77 percent of the jobs are and 72 percent of the area's low-income residents live.

County leaders have long resisted the extension of bus lines from the city. "We just haven't been able to get together as a region, identify that as a goal and erase the lines on the map that have restricted us in the past," former GRTC Transit System head John Lewis told Style Weekly last year. "Making significant change, like public transit as an example, the citizens have to demand it," Lewis warned. Then he left for Orlando. 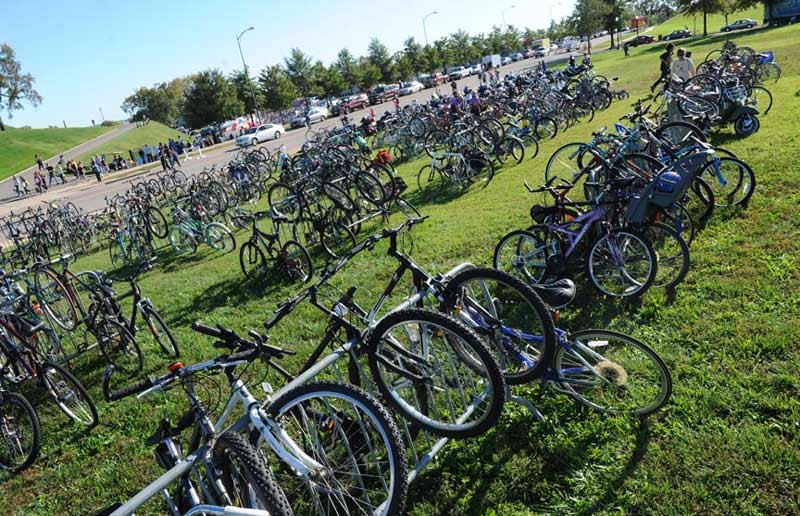 When Lewis wanted to make Main Street Station a transfer center where you could hop on or off a bus, bike or train, the mayor squashed the idea. The city's new Shockoe Bottom plan proposes to make the station a bike-focused center instead. (See story on page 11.) Jones has been a vocal advocate of biking initiatives, but has so far been unwilling to publicly champion improved regional transit.

What are Richmond's other big environmental problems?

Energy. Most of our electricity is generated by burning coal. State policies and Dominion Power's practices have suppressed efforts to add wind and solar to the local energy portfolio, renewable energy proponents say.

Water. We've got plenty of clean water. But the city imposes one of the highest minimum water service charges in the country: the bill starts at $47 per month, no matter how little you use. Not only does that reduce the motivation to conserve, Burger says, but it places an extra financial burden on low-income households.

Waste. About 38 percent of eligible households recycle in the region. Businesses that want to recycle have to hire a private contractor. There's no municipal system for compost or food waste.

Green space. Richmond has begun to recognize the value of the James River and the river park system, but some residents are concerned this will lead to overdevelopment.

Every city has environmental challenges. But even Richmond's green cheerleaders acknowledge that the city is not keeping up. "I think that we probably are behind the curve of where cities across the country and around the world are," says Jan Hatcher, executive director of the Partnership for Smarter Growth.

Why? Because we don't feel the pain.

"We're suffering already from unsustainable choices," Pollard says. But life is convenient in Richmond — for many of its residents, anyway — so it's easy for people not to think about how much they drive, how much coal they burn and how much trash they throw away.

Awareness has grown in recent years, he says. A growing population of boomers who want to age in place and green-minded millennials has increased the demand for less car-centered living. The decline of older suburbs and shopping centers has compelled the counties to rethink their development plans.

"We're not some industrial wasteland. ... We do have a great quality of life," Pollard says. "It's just that it could be so much better with a little wiser use of the money we're already spending."