How Assault Weapons Are Handled in Virginia 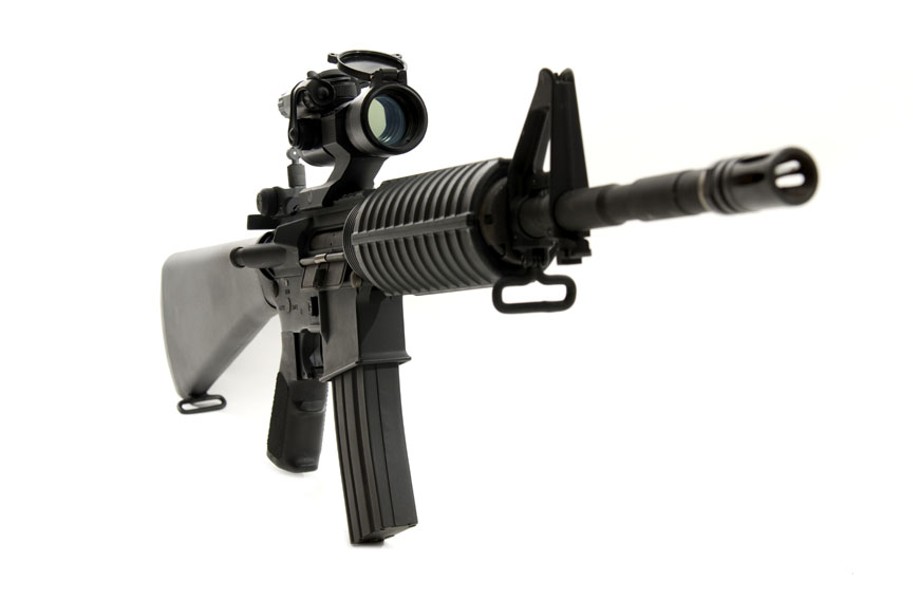 One of the ways Virginia regulates some hunting is by the size of the bullet.

At Cabela’s sporting goods store in Short Pump, 30-round magazines for assault-style weapons hang on displays like sacks of socks. They go for $19.95. Over at Green Top in Hanover County, there’s an even better deal. Similar 30-round magazines are piled in a bin and go for $9.99 each.

In the Richmond area, there’s ample trade in assault weapons. Most are for variants of the semiautomatic AR-15 assault rifle, which is prized for its light weight, low recoil, durability and ability to pop off a round with each pull of the trigger.

To be sure, these aren’t exactly the type of rifle used, along with a handgun, by Omar Mateen to slaughter 49 people and wound 53 others at the Pulse gay bar in Orlando, Florida, on June 12. That was a Sig Sauer MCX, a fairly new type of assault rifle that can be modified to use bullets of different calibers.

Yet there are questions surrounding the reasons that civilians would want to own assault weapons, which generally are legal in Virginia as long as they cannot fire on full automatic — meaning they continue firing while the trigger is held down.

Hunting with them is a bit dicey. “Most of the eastern localities in Virginia require shotguns for deer,” says Lee Walker, a spokesman for the Virginia Department of Game and Inland Fisheries. Most AR-15s shoot bullets that are too small to be legal to hunt deer and bears in Virginia.

In the forests of Hanover and Chesterfield counties, you can’t use a rifle to hunt for deer, regardless of whether it’s an evil-looking AR-15 or Kalashnikov variant with banana clips loaded with rounds, or the more traditional bolt-action rifle that may hold no more than six bullets.

Another issue is that assault weapons are designed for combat. Their job is to spit out many bullets that can hit enemy soldiers. Their rounds move quickly and, upon hitting flesh, tend to tumble to cause massive internal damage.

AR-15 rounds travel at a much faster rate than rounds from a 9 mm handgun. If one hits the liver, “the liver looks like a Jell-O mold that’s been dropped on the floor,” as Donald Jenkins, a trauma surgeon at University of Texas Health Science Center at San Antonio, told Wired magazine.” And the exit wound can be a nasty, jagged hole the size of an orange.”

But Virginia doesn’t regulate hunting by gun style, bullet speed or rifle type. What matters is the size of the bullet. “Our concern is that the ammunition can be used effectively and ethically to dispatch the animal,” Walker says.

What, then, is the allure of civilian ownership of assault rifles? Workers at Cabela’s and Green Top, where buyers were busy perusing assault weapons, referred queries to higher-ups, who couldn’t be reached.

At Southern Police Equipment on Midlothian Turnpike, owner Karen Ballengee says her store sells primary to law enforcement, although there is a retail outlet. It sells AR-15 variants but nothing fully automatic to qualified customers.

“You have to have two IDs, including one with a photo, proof of citizenship in the USA and three different other pieces of documentation,” she says. “Then you have to go through a background check. It may take 24 hours or five days. If I don’t get an approval ID code from the state police, you don’t get the gun.”

Unlike other gun outlets, Ballengee’s store carries other items that likely would be more of interest to police or security officers. There are combat boots, body armor and various vinyl weapons bags with Velcro straps.

And while Ballengee puts buyers through a background check, none is required if someone buys a gun privately from a seller at a gun show.

Regulating special types of weapons is nothing new. Following a spate of gang-land shootings involving the Thompson submachine gun and the Browning Automatic Rifle, Congress passed the National Firearms Act in 1934.

It forbids rifles or shotguns with chopped-down barrels. It also forbids the sale of a fully automatic machine gun unless the buyer meets special criteria and buys a tax stamp from agents of the federal Bureau of Alcohol, Tobacco and Firearms. The stamp lets the government know where the gun is and lets agents check up on the owner at any time, without warning.

Congress later banned assault rifles, including the AR-15 and Kalashnikov variants, from 1994 to 2004. But Congress let the law lapse and didn’t renew it.

After mass shootings at Orlando, San Bernadino, Colorado and Connecticut that involved assault weapons, moves to restrict them have gained new urgency. There are proposals to ensure that buyers undergo background checks, and to prohibit sales to people whose names are on terrorist or other watch lists. Assault weapons also could be banned.

Gun rights advocates note that Mateen was twice investigated by the FBI and was placed on, and later removed from, a terrorist watch list.

In the meantime, sales of assault rifles continue. A used-car dealer in New Hampshire offers a free AR-15 with each sale, although the recipient must undergo a background check. Barely a week after the Orlando massacre, gun shops along U.S. Route 460 in southeastern Virginia advertised AR-15 ammunition for sale.