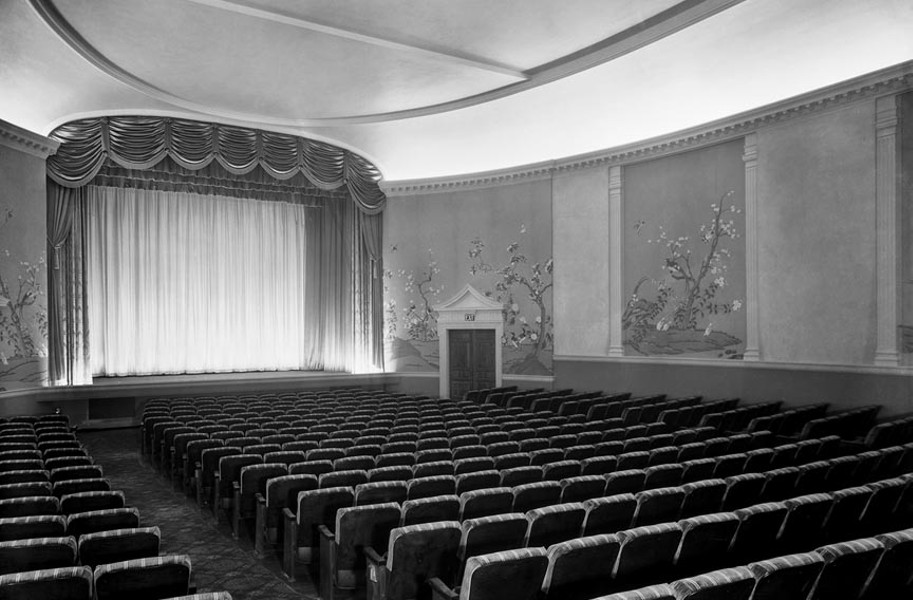 Dementi Studio Nearly 300 of the theater’s seats are being donated to a new project in the works downtown, the independent Bijou Film Center.

The closure of the Westhampton Cinema was unfathomable to many patrons because no local theater was so aligned with the architectural DNA of its environs.

When real estate baron Morton G. Thalhimer and his architect, Adolph O. Budina, built their elegant red brick and white trimmed edifice in 1938, they channeled 18th-century Williamsburg in its interior.

The upscale West End already was adorned with such colonial revival buildings as the Country Club of Virginia, the Tuckahoe apartments and St. Catherine’s School. These had become instant landmarks, so why not a cinema?

Thalhimer, who had owned movie local theaters since 1926, apparently was struck with “virus Early Americanus,” discerning Richmond Times-Dispatch movie critic Edith Lindeman wrote upon completion of the Westhampton. Virginia plantation houses such as Shirley, Brandon and Carter’s Grove were the architect’s inspiration. So Lindeman quickly gave it her blessing, disparaging other local movie houses as “flamboyantly barbaric” or angularly modernistic. 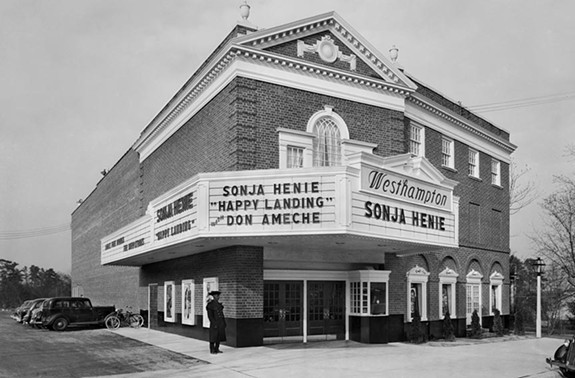 But the colonial revival style was even tastier inside after you passed under the marquee, with its distinctive, broken-pediment motif, and through heavy wooden doors of 5706 Grove Ave. Patrons could tarry in a handsomely detailed parlor inspired by a room at Williamsburg’s Raleigh Tavern.

Above the paneled mantel, painted a deep shade of blue, hung a portrait of Archibald Cary (1721-1787), a patriot and major player in the formation of Richmond. More recently a yellowed painting of a woman in 18th-century garb filled the space. In addition to reproduction settees and wing chairs, decorative prints and ceramics adorned the room. Thalhimer and his sophisticated wife, Ruth, had acquired them on antiquing jaunts to New England and abroad.

Richmond architect Budina began his career in the Chicago office of esteemed architect Louis Sullivan. The latter knew a thing or two about theater design as evidenced by his celebrated Auditorium Building in Chicago. But for Budina, fulfilling Thalhimer’s desire for a colonial revival cinema posed a challenge until he discovered the Chinese-inspired, silk wallpaper in Williamsburg’s newly restored Governor’s Palace.

“That Chinese wallpaper was a moral help,” he said in 1938. “You see, I figured that if our ancestors could combine influences so dissimilar as their own architecture and Chinese, through decoration, then we could feel safe combining the early American spirit with the modern [motion-picture theater] features.”

To create a proportional scale for applying the delicate Chinese motif to the broad auditorium walls, Budina enlarged the pattern on silk and translated it to the Westhampton interior as a painted mural. This décor handsomely complemented the exit doors that were capped with pagodalike pediments, whose lines delivered a slight kick in the best Chinese Chippendale tradition. 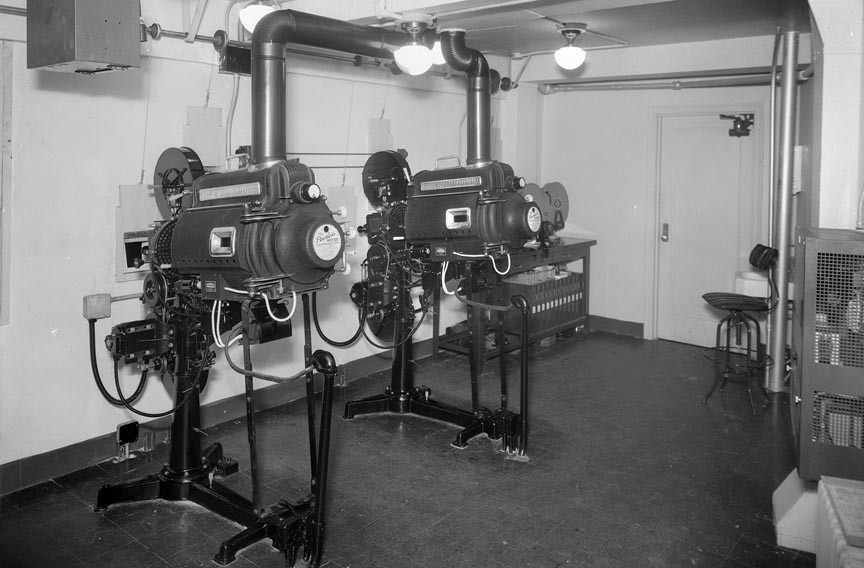 Although the Westhampton’s design reflected Richmond’s early-20th-century building traditions, some naysayers initially said it was foolish to place a cinema so far from the city center. But electric street cars had run along Grove Avenue since 1914 to the University of Richmond, and Thalhimer and Budina gave careful consideration to the automobile. They cut a driveway into the block immediately west of the cinema for discharging passengers under the marquee. This drive led to the large parking lot that’s hidden behind the theater.

By the 1980s, with the demise of the downtown cinemas and such neighborhood theaters as the Brookland, Bellevue, Capitol, Venus and Booker T., for a time the Westhampton was the only first-run theater within the city limits.

In 1989 the balcony was enclosed to create a second theater. In retrospect, that seems a quaint attempt at generating box-office revenue, considering the 14 screens of the Regal Short Pump or 21 screens of Movieland Boulevard Square. And, of course, Thalhimer could never have foreseen how cable movie channels, VHS, DVDs and the Internet would affect cinema-going.

What the Westhampton and no other cinemas can claim, however, is that Catholic mass once was held inside. Parishioners of St. Bridget Catholic Church worshipped there from 1949 to 1950 while their sanctuary was under construction nearby on Three Chopt Road.

Sadly, all must now say Amen.