Current zoning and land use ordinances discourage the development of modest housing, and the lack of supply is leading to even higher prices. 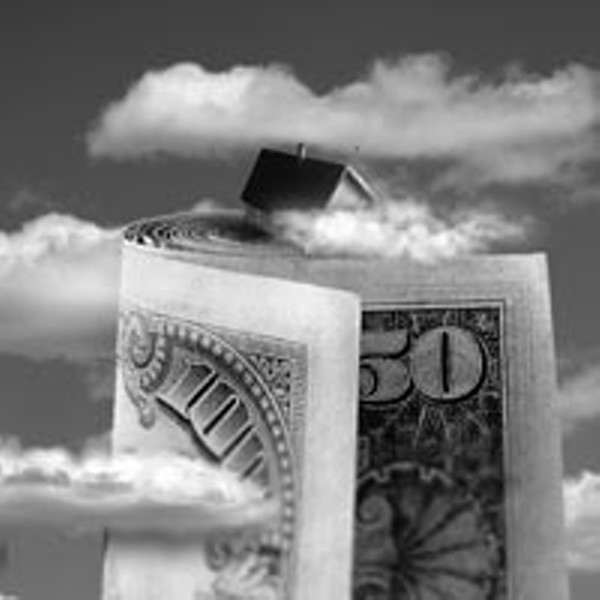 Every occupation is not rewarded equally by society, yet those people who aren't on the upper end of the income scale are an important part of our community.

These working people need decent places to live within a reasonable distance from their jobs. When this is so, economic health is improved. Indeed, adequate housing for working families fuels the economic engine we all need.

Let's look at where we are now:

A person needs to earn $14.56 an hour to afford a two-bedroom apartment and utilities in the Richmond area, as reported recently in the Richmond Times-Dispatch. The average wage for renters in Virginia is $12.87 an hour. Furthermore, on the lower end, a full-time worker earning the minimum wage of $5.15 an hour can't afford the fair-market value of a one-bedroom apartment anywhere

The problem involves scarcity and price. Current zoning and land use ordinances discourage the development of modest housing for rental or ownership, and the lack of housing supply is leading to even higher prices. More reasonable land use regulations are needed to identify sites for rental housing. As to rent levels, federal and state subsidies exist for use by both for-profit and nonprofit developers, enabling landlords to charge rents that are more in balance with wages. But subsidies are limited and sites for affordable rental housing are scarce. We need to expand existing programs and make effective zoning changes.

Rural, suburban and urban planners are finding community support for new land use models. The New Urbanism is an increasingly popular concept.

Principles include coherent regional planning, walkable neighborhoods, shops for necessities and attractive common spaces. Elizabeth Plater-Zyberk, architect and co-founder of the Congress for the New Urbanism, says that her experience has shown that developers are not resistant to new types of development. In a 2003 interview for the Monitor, she says, "The New Urbanists advocate for the development of detailed and publicly crafted plans and codes as part of municipal ordinances. ... Developers love that, because they can follow the rules without additional [costly] process to pull the building permits." This creates an incentive for developers.

Mixed-use developments can include a measure of affordable housing. But this doesn't necessarily happen. In the proposed West Broad Street development in Henrico County, for example, homes start at $350,000. This is too expensive for many area residents. So other, more direct, solutions must be considered to make a place for lower-income workers.

Inclusive zoning is one solution that is gaining national support. The concept of geographic equity promotes distribution of a fair share of modest housing across all communities. When inclusive zoning regulations are adopted, developers are required to include affordable homes when they build a particular number of market-rate homes. Incentives, usually density bonuses that can be combined with tax and financial benefits, are provided. The effect is to make available sufficient housing for employees across a wide geographic area.

To provide housing that is affordable to more people, "inclusionary" zoning has been adopted by hundreds of communities, according to The Pratt Center 2004 "Report on Inclusionary Zoning." The reports says that many studies have shown that inclusive zoning programs don't dampen development and are economically feasible for developers and property owners.

Ordinances have successfully been adopted in Montgomery County, Md., and three other greater Washington-area jurisdictions.

Housing problems must be addressed on a regional basis. So far, specific actions in our region are mostly taking place at the municipality level. For example, Richmond Mayor Doug Wilder has announced plans to hire a "housing czar" and create a task force to focus on the development of more affordable housing in mixed-use, mixed-income neighborhoods.

Goochland County recently held public hearings about the creation of nine villages proposed in the county's 2003 master plan. Density issues and the preservation of the county's rural character were debated. This month the planning commission approved several zoning changes, including the creation of three new zoning districts. Proposals for methods to create affordable housing are to be discussed later.

The Times-Dispatch reported in January that Goochland Director of Community Development Don Charles has said, "I'm upset that half the [county] staff can't live here."

Many other municipal planners and administrators share these housing concerns. Many employers in the region, who want to maintain a stable nearby workforce, share these concerns. Many working individuals and families desperately need places to live near their jobs.

With dissemination of facts to increase awareness and build support for solutions, the citizens of our region can be proactive in planning their future.

Positive comprehensive action will occur when enough people recognize the enormous benefits — to themselves, their businesses and their property values — of an inclusive community. S

Carter McDowell holds a master's degree in urban planning from Virginia Commonwealth University. She is co-founder of the Better Housing Coalition.