The Virginia Shakespeare Festival works to earn its official designation. 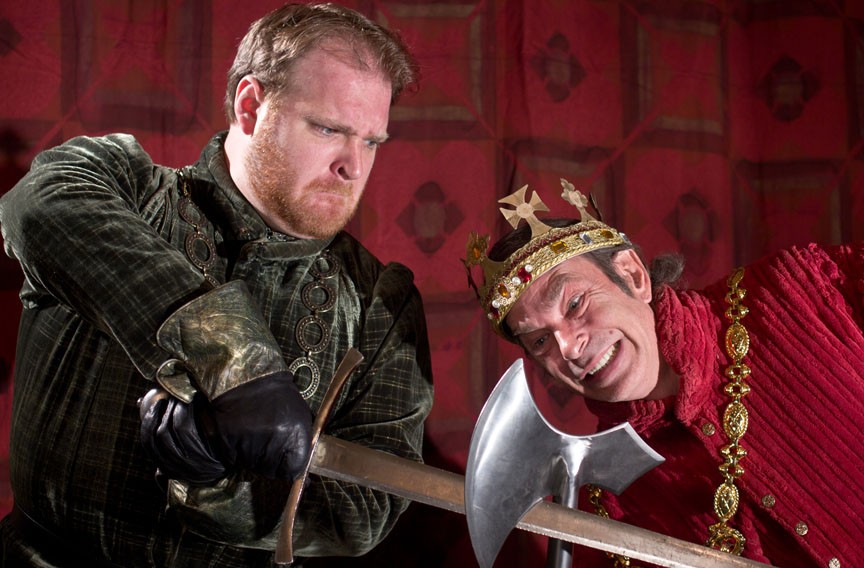 The General Assembly recently named Williamsburg's Virginia Shakespeare Festival as the officially designated Shakespeare festival of Virginia. And at 35, the festival shows no signs of slowing down. In June it presented a fun and modern interpretation of "A Midsummer Night's Dream," complete with vampires and DJs. Now the stage is set for a traditional "Richard III" and a stage adaptation of Henry James' spooky novella "Turn of the Screw."

Though it takes place at the College of William and Mary's Phi Beta Kappa Hall, the nonprofit festival is independent of the college, relying on donations, grants and ticket sales. Every summer a mix of professionals, college students and high-school actors stage three works of theater.

For interim artistic director Rob Ruffin, the Williamsburg festival has been integral to the trajectory of his career in theater. He auditioned for the festival as a teenager in its inaugural year. "It was the first professional theater I'd ever seen," says Ruffin, who was the driving force behind the designation from the General Assembly this year. "Our mission is to bring the works of William Shakespeare to life and to introduce the works to younger generations."

In picking "Midsummer," Ruffin says he wanted a show with strong appeal to a younger audience. Following "Midsummer," he chose the history play "Richard III," which he describes as "a marvelous rollicking adventure with murder and comedy and battles and romance." Ruffin stars as the warped and murderous king, whose grave was uncovered last year beneath a parking lot.

"I think [it's] a very overlooked play in many ways," Ruffin says. "Richard is such a fascinating character because Shakespeare certainly couched him as a villain. History has a mixed view of him, whether he was a villain or whether he was a pretty good guy who just did what he needed to do to survive."

Aiding Ruffin in bringing "Richard III" to life is longtime collaborator David Zarko, who will direct. Zarko and Ruffin met 27 years ago while working at the festival, eventually co-founding theater companies in New York City and Williamsburg.

"I just had always wanted to do a production where Richard was funny and charming as well as a ruthless politician," Zarko says of this staging. While the show may be set 500 years ago, Zarko says the show's themes and intrigues are eternal. "This is about timeless political ambition. ... You still watch people do things that are not in their best interest for a short-time gain."

Rounding out the festival's schedule is a stage adaptation of "Turn of the Screw," a psychological gothic mystery. Actress Zoe Speas makes up half of the two-person cast, and has the distinction of appearing in all three of the festival's shows. Portraying three major roles in roughly six weeks seems challenging, but Speas downplays the job.

"It's not really the lines that are the trouble," Speas says, "it's a matter of focus and being present. Those are two of the biggest challenges no matter what role you have."

Speas should be familiar to Richmond audiences for her roles in Richmond Shakespeare's "Macbeth," its joint production of "The Winter's Tale" with Henley Street Theatre, and two of Henley's Bootleg performances. She says the shows so far have been extremely successful.

"The word that I heard the most [from audiences after shows] every night was 'I didn't know I loved Shakespeare,'" Speas says. "Shakespeare isn't just for theater snobs. It's for everybody."