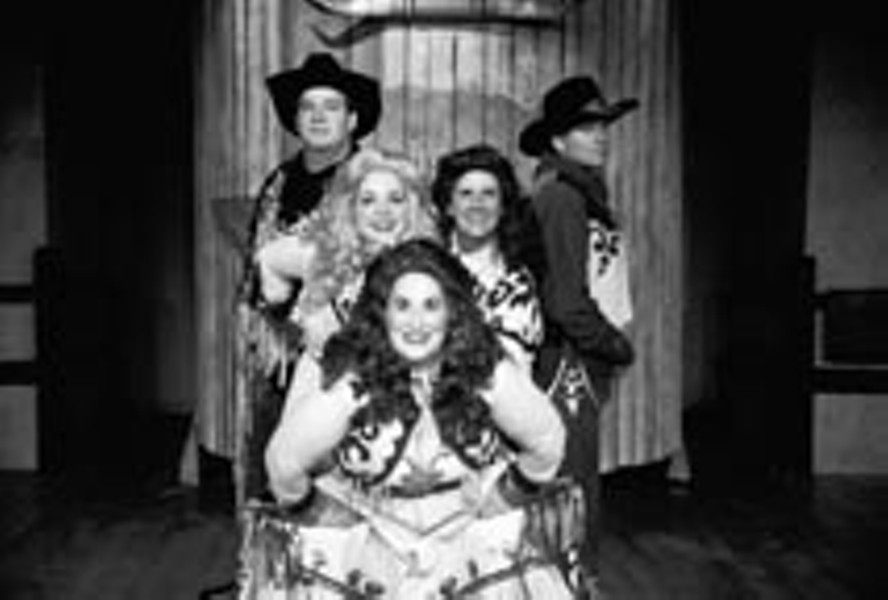 The latest involves Wotan's grandson Siegfried (also Phipps), who's been tricked into proposing to Gutrune (Robin Arthur), jilting his true love, Brunnhilde (Debra Wagoner). The road that would bring these lovers back together is blocked by a narcoleptic dwarf, a mysterious subterranean temptress and the most bizarre group of Dallas Cowboys cheerleaders you'll ever see. By the time events run their course, there is a shocking death and a cataclysmic fire followed by a flood.

If it sounds like a lot, it is, and the machinery of the show often totters between detonating into chaos and grinding to a halt. Only the talented members of director Tom Width's cast keep things together. Phipps, in particular, shines in a production that forces him into amazing extremes of character, from chisel-jawed leading man to scraggly-haired villain.

Marks demonstrates both a singular talent for bizarre characterizations and a surprisingly charming voice. Arthur is winning as Gutrune, playing her as a Texas version of Martha Stewart, and her deadpan take on one of Brunnhilde's spooky half-sisters had me laughing out loud. Wagoner has the least to do characterwise, but her soaring voice makes every song she sings a treat. Her "County Fair" is the show's stirring highlight.

The glue holding the whole operation together, though, is Jacqueline Jones, who imbues the half-dozen or so parts she plays with remarkable style. She's one of the few actresses who can make a slow walk across the stage a riveting theatrical moment.

Width, doubling as set designer, does his usual excellent work, outfitting the stage with scads of rustic Texas-arcania. And the extravagant costumes by Barbara Brock deserve special mention. Who knew so much fun could be had with rhinestones and cowboy boots? Under the sure-handed musical direction of Paul Deiss, the peppy score with numerous catchy tunes keeps things galloping along. Even if the show stumbles and nearly runs out of gas by the end, it's a goofy trip with a gregarious crew driving the action. S