Dweezil Zappa looks back at his dad’s famous “Hot Rats” album, which he’ll be performing in Richmond. 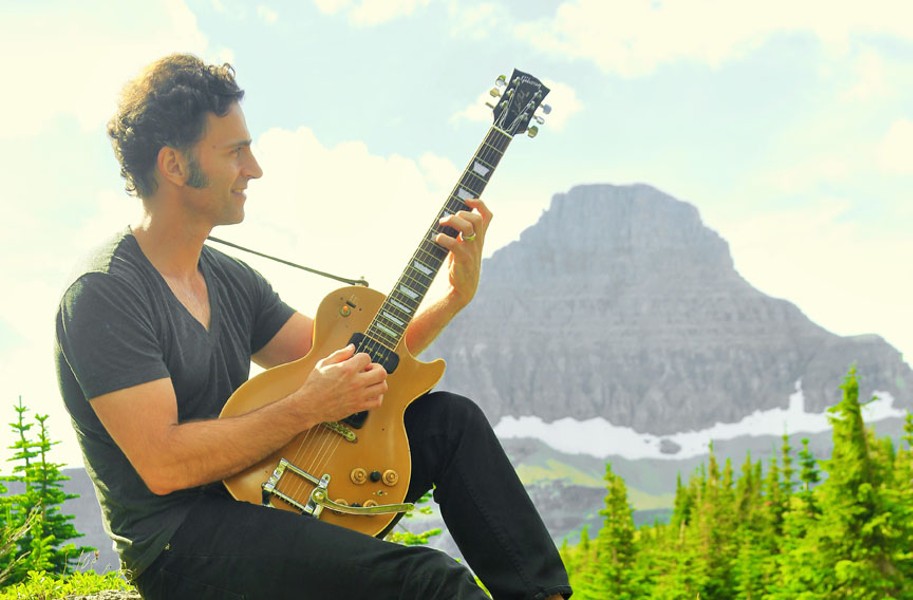 Being the son of legendary composer Frank Zappa probably didn't hurt in making such esteemed connections, but despite this seemingly pre-ordained path to guitar heroism, Zappa's eldest son has in the ensuing years managed the feat of forging his own musical path with stops along the way as a sitcom star, cooking show host, movie actor and MTV VJ.

In addition, the Grammy-winning guitarist founded a music camp for guitarists, collaborated with people as varied as John Malkovich and John Tesh, and recently premiered a classical piece written for a 100-piece Dutch orchestra. Since 2006, however, Dweezil's main gig has been introducing new generations of hungry freaks to his dad's beloved and challenging discography by performing fully orchestrated renditions of Frank Zappa music, often enlisting the help of veteran members of his father's various bands.

Style spoke with Zappa in advance of his Hot Rats and Other Stuff tour, which comes to the National on Sept. 15.

Style Weekly: This tour focuses primarily on 1969's "Hot Rats," long considered the Frank Zappa album for people who don't necessarily like Frank Zappa. Why do you think this album has this reputation?

Dweezil Zappa: I don't think there had been, up until that point, a record that took you on quite the sonic adventure that that one did. It was adventurous in a lot of different ways, especially production-wise. My dad was using tape machines to alter the sound of instruments, changing the tape speed and recording woodwinds and saxophone at different speeds, making new textures that were not possible in the real world. It was also an album that showed off some of his guitar playing in a way that hadn't been done before.

You're working with a lot of Zappa band alumni. How do you think you and Frank differ as band leaders?

Well, I think that it's relative to the different climate in terms of financial challenges. For example, my dad would have bands on retainer, and they would rehearse extensively because he would record everything and then turn that into records back when making albums was a substantial way for an artist to support themselves. Albums don't mean anything anymore, and so you don't have a lot of money for rehearsal and retainers for bands, so we have to do more in a limited amount of time. Where my dad might rehearse three months for a tour, the most we'll be able to do is three weeks. I also think my dad was less likely to tolerate certain things than I would be in certain situations. But we both have the same stance on drugs and alcohol. Like, you wouldn't be in this band if you were under the influence while onstage.

How much room do you allow for improvisation?

All the solos are meant to be completely improvised. The difference on this "Hot Rats" tour is that I am learning some of these solos note-for-note from the record, just because they are so classic. My general guideline is, when I'm soloing, I like to use guideposts of certain things that my dad played, and I fill in the blanks with my own ideas. But I always want it to feel like its connected to the right era, and use a sound that's very evocative of the original. I don't like making things take a left turn for no reason, but sometimes, on rare occasions, I will do just that: I'll take a solo section and I'll alter it and just make it completely my own.

But generally speaking, that's not my first approach.

Your father's music is notoriously difficult to perform. Were there any songs that posed a specific challenge?

They all do, to varying degrees. There are some songs that are just technically very difficult to execute. It really is a case-by-case basis, but as we've learned material and tackled harder and harder things, we keep raising the bar as to what we can accomplish. There are some difficult songs [on "Hot Rats"], but we're trying to get down to the DNA level of the audio and re-create the sounds as closely as we can, and deliver the experience of the feel and the sound of the album as it was in 1969. We don't try to modernize it and turn it into something that it's not.

How do you feel about the Frank Zappa Hologram tour?

Well, technically I'm not supposed to say anything about it. But I think it's pretty clear, since I have absolutely nothing to do with it, that one could surmise what I think of it.