Hot on the Hill 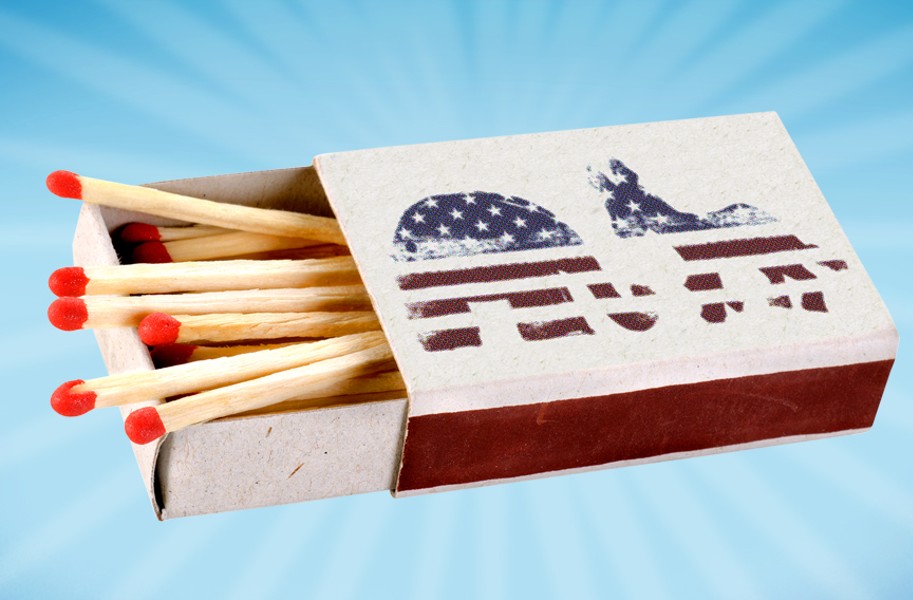 Winter hit hard this month — for real. With it comes an intense new season of the General Assembly and the political equivalent of hoping your frozen pipes won't burst.

Virginia legislators, who convened this week, will grapple with the cost of living while combating corruption, waste and crime. The drama is heightened in the House of Delegates with a boost in Democratic members, complete with recount drama and a random drawing last week to determine the winner of a tie election in Hampton Roads.

Health care is certain to be one of the most divisive issues. Democrats have called for Medicaid expansion in past sessions, only to see those efforts swatted down by a Republican majority. Outgoing Gov. Terry McAuliffe made a final push for the service in a state budget presentation Dec. 18.

But on the same day Democratic followers fumed after reading conflicting comments from incoming Gov. Ralph Northam, who told the Washington Post that he "has no plans to try to force Republicans to accept a broad expansion of Medicaid."

"I honestly feel like Medicaid expansion is not the way to go," says Sen. Amanda Chase, R-Midlothian, who has a bill to alert consumers about costs before medical services are performed. "I'm concerned about the immense increase in fraud and waste. What can we do to make health care affordable for the average family?"

"These are bread-and-butter family issues that the GA wants to tackle," says Sen. Barbara Favola, D-Arlington, who wants to see her sick-leave bill go forward. "Providing security is a priority of the Democratic caucus."

The battle is just getting started.

Democrat Joshua Cole used the word tainted to describe the election that transpired in his 28th House District. A federal judge declined a voter request Jan. 5 to order a special election. However, he left the option open for another request to unseat Republican Bob Thomas, and other courts might rule on the election as well. So far, election officials have announced that at least 147 voters from the district cast votes in the wrong House race after receiving misassigned ballots.

Still, many legislators predict cooperation between Republicans and Democrats on bills that could create a stronger state both socially and fiscally. There are bipartisan efforts to address food deserts and increase transparency in legislative proceedings. Scrutinizing campaign finance and addressing a teacher shortage in public schools are other possible areas of teamwork.

But if anything's certain, it's that voters and lawmakers are focused on the long haul. Here are some of the issues rising to the top of the debates this session:

During the Great Depression, there was a spike in slang for money. Bread became a popular euphemism. And this General Assembly session is definitely concerned with the literal and metaphorical varieties of bread.

"This is not a partisan issue," he says. "Grocery stores address the very basic needs we have as human beings, and they create jobs."

He notes that in his 20th District, a typical family of four survives on $28,000 a year. The potential to increase quality of life was lauded by Gov. McAuliffe, who included more than $7 million for the fund in his budget. Over the biennium, that investment is expected to attract $22.5 million in private capital, which will cap the $30 million fund. Fifteen to 20 healthy food retail projects are expected to pop up across the state as a result.

Supporters say the fund can fill pockets in other ways, too.

"Diet-related disease, especially among children, is on the rise," says Robin Gahan, a senior director of government relations with the American Heart Association. "And all Virginians are impacted directly or indirectly by decreased work force productivity and higher health care costs."

Democrats are trying to tackle the affordability issue with wage reform. Levine hopes to establish a procedure by which a local alternative minimum wage may be imposed. 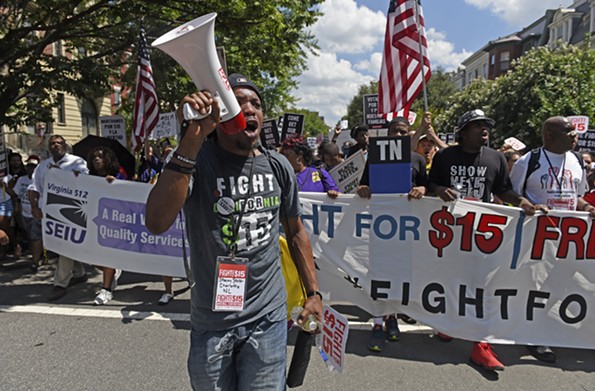 "Virginia is as diverse as the United States," he says. "The cost of living varies from county to county. One size doesn't fit all. This is a back-to-people bill."

Taking a more incremental strategy, Sen. John Edwards, D-Roanoke, is pushing to increase the minimum wage by roughly a dollar per year through 2020.

"I think Charlottesville was certainly the icing on the cake," Favola says, referring to the violent outbursts there Aug. 12.

She's sponsoring a bill would allow localities to prohibit the possession or transportation of firearms during protests. Delegate Mark Levine, D-Alexandria, says there should be a renewed focus on background checks, too. "Most gun owners agree with me that dangerous people shouldn't own guns," he says. 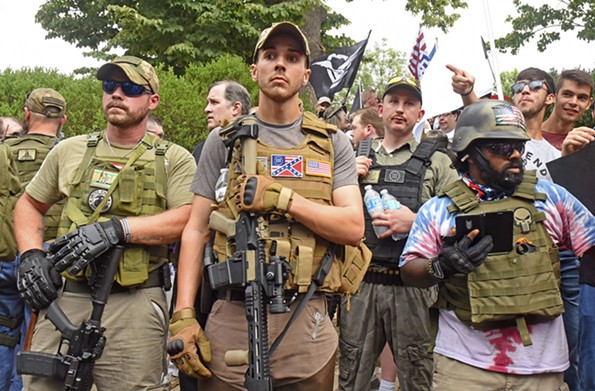 A bill from John Bell, D-Loudon, would make gun ownership more stringent altogether. He wants to remove the option for concealed-carry applicants to demonstrate competence through electronic courses. If someone openly carries a loaded weapon in a public gathering place and is found to be intoxicated, Sen. Adam Ebbin, D-Alexandra, wants the person to be ineligible to apply for a concealed handgun permit for five years.

Bump-stock bills, which aim to prohibit augmented guns, also may get traction in the wake of the Las Vegas shooting. Levine says his version was inspired by surging awareness of weapons that can rapidly harm large crowds of people.

Meanwhile, Chase is looking to propose a bill allowing open carry among emergency medical personnel, who often are first responders at dangerous rallies and tragic events. "Sometimes it's an all-female crew," she says.

Having gone through her own recount ordeal, Richmond Democratic Delegate Dawn Adams says, "I would expect efforts to increase transparency" during the session.

Indeed, a bipartisan Transparency Caucus aims to let voters know how their representatives are conducting themselves. In particular, Danica Roem, D-Prince William, is working with the caucus to address the question of text messages sent between officials during public meetings. 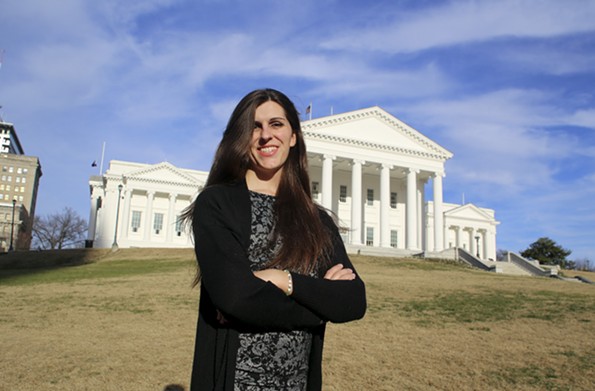 Dominion Energy has called the latter an infringement on the First Amendment. But 13 candidates who secured House seats this year also signed a pledge to refuse money from Dominion, prompting Petersen to say he felt "vindicated."

Another Petersen bill wants to crack down on former General Assembly members who may be tempted to rejoin the legislative scene as lobbyists.

But in strictly corporate matters, there's also bipartisan support for shining light on Dominion's rate freeze, which has been in effect since 2015. On Dec. 4, Dominion officials said it's "time to transition away" from the freeze. But laws would serve to enforce accountability. If rate reviews go into effect, Dominion could owe customers at least $133 million. Under proposed legislation, the State Corporation Commission would conduct rate reviews.

Women's health is a driving force in the wider health care debate. Virginia is one of four states to join a lawsuit with California Attorney General Xavier Becerra over a federal directive that assists employers in denying contraceptive coverage on moral or religious grounds.

In October, attorney general candidates Mark Herring and John Adams sparred over the issue. Adams, the Republican candidate who provided pro-bono legal work for such businesses as Hobby Lobby, argued that forcing coverage was unconstitutional.

Some want to bring the workaday cost aspect into the debate.

"One of the barriers to equality is having to spend more money" on items such as contraceptives, Favola says. Last year the House passed legislation that would allow pharmacists to provide women with a full year of birth control pills in a single visit.

Delegate Kaye Kory, D-Falls Church, is introducing a bill that would require health benefit plans to cover the costs of a wide range of services, going beyond contraceptives to include voluntary sterilization, breastfeeding support and breast cancer counseling.

A separate bill, nicknamed the Dignity Act, hopes to strike a practical note by exempting menstrual supplies from sales and use tax.

Defeated lieutenant governor candidate Jill Vogel, a Republican, known for advocating transvaginal ultrasounds, potentially would have held a tie-breaking vote in the State Senate. But she lost along with Adams and gubernatorial candidate Ed Gillespie. That squelched a high-profile Republican countervote on the reproductive aspects of women's health care coverage. With a new House power balance that may end decades of Republican majority control, these new Democratic bills are in the must-watch category for anyone following health care in 2018.

"I see it as a common-sense thing," he says. "It helps with the affordability issue."

The data, which included names, emails and phone numbers, was accessed through a Freedom of Information Act, or FOIA, request. NextGen was seeking to boost the Democratic ticket in 2017, but a representative for Ralph Northam denied receiving any data from the nonprofit. Delegate Tony Wilt, R-Broadway, is pushing legislation that would require students' written consent to release such data.

Landes notes that universities sometimes will tuck release policies away in seldom-read documents, like student handbooks. Democratic Delegate Chris Hurst would build on top of such legislation. His bill says that student cellphone numbers and email addresses contained in directories or records should be excluded from the mandatory disclosure provisions of information requests.

"Everybody wants to have a stronger education system," Landes says.

But legislation for controlling secondary school curriculum may put that bipartisan bond to the test. Delegate Eileen Filler-Corn, D-Fairfax, is proposing a bill that would make it mandatory for high schools to teach "effective and evidence-based programs on the law and meaning of consent, including instruction that increases student awareness of the fact that consent is required before sexual activity."

Seeking to peel back certain curriculum, Delegate Sam Rasoul, D-Roanoke City, has a bill that would remove the requirement in public schools to teach marriage dynamics, abstinence education and the "benefits of adoption as a positive choice in the event of an unwanted pregnancy."

After a year of social unrest, the term hate crime has become a buzz phrase. In the 2018 session, Democrats seek to add disability, gender, gender identity and sexual orientation to the categories of victims who are targeted for hate crimes.

These categories also would be earmarked in the central repository of hate crimes maintained by the Virginia State Police. Further, in cases where vandalism is found to target these categories, victims soon could bring a civil action to recover damages.

"Our American family is becoming much more diverse," Favola says. "I want to extend the same sort of tools across the board and acknowledge that all groups are worthy of protection."

Other crime-related bills are decidedly more sobering. Currently, the only strip searches allowed in Virginia are those conducted for weapons. A bill by Sen. Janet Howell, D-Fairfax, would authorize police to perform a strip search if a person is in custodial arrest for a traffic infraction if an officer believes the individual is concealing "controlled substances, marijuana, or other contraband."

In matters of capital punishment, a bill by Delegate Marcus Simon, D-Falls Church, would exempt from open-records requests the identity of any pharmacy or outsourcing facility that supplies lethal injection drugs to the Department of Corrections. Employees of these facilities also would be exempt. One aim is outlined in the bill: to prevent such entities from being introduced as evidence in civil proceedings "unless good cause is shown."

And then there are the lighthearted crime bills, as much as that's possible. Levine wants sex to be legal once again in Virginia. 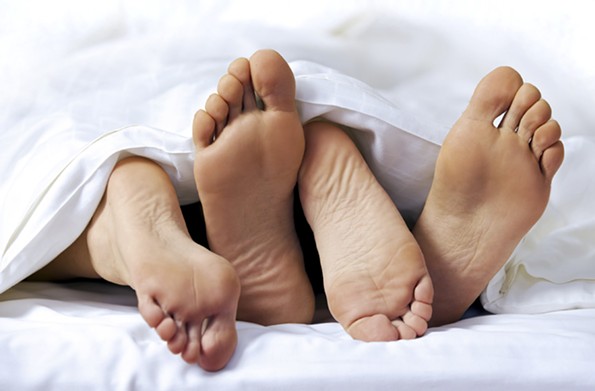 This may be the state for lovers, but an obscure law makes it illegal for unmarried, consenting adults to shack up.

"I don't think that's something we should criminally punish in this day and age," Levine says. S