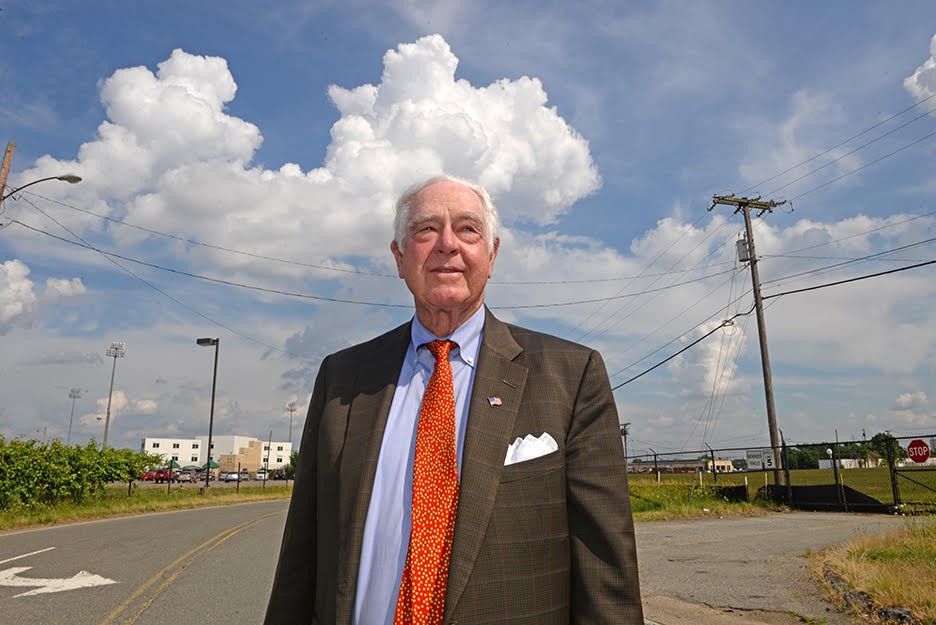 Bill Goodwin is perhaps Richmond’s best-known philanthropist. He made a killing when he sold AMF Bowling to Goldman Sachs for $1.5 billion in the mid-’90s after buying it for about one-seventh of the sales price. He and his wife, Alice, have given tens of millions of dollars to state universities.

They also pledged $150 million for an independent, regional children’s hospital that they and others believed would fill a vital health care need in the Richmond area.

But on May 21, two of the local hospital systems in talks to help make the vision a reality -- VCU Health Center and Bon Secours Richmond Health System -- said they were dropping out of the project because the market for it is too small and medical trends favor outpatient services.

Style speaks with Bill Goodwin about the project’s dissolution.

Style: What about the announcement? What will you do?

Goodwin: Truthfully, Alice and I don’t have a plan. We were caught totally by surprise. There are some unknowns from the federal and state governments and Obamacare. These will eventually be cleared up. We’re talking about a 50- to 100-year project, and they’re talking about a six-month concern.

Do you think the fact that Medicaid expansion has been denied by the General Assembly has been a factor in this at all? Virginia Commonwealth University has complained about that.

That is an aberration that will ultimately be solved. The Supreme Court will be making a decision within a few weeks, and it will be very impactful. I don’t know what the answer is going to be, but I don’t think an independent children’s hospital decision should be affected by the Supreme Court decision. It’s sort of like having a stomachache and going out and buying a casket.

Your company Riverstone had bought some property on the North Side recently.

That was an investment.

Does it have anything to do with an independent hospital site?

Not really. It potentially could have been a site. Of course, there were other sites under consideration.

This is the Boulevard around The Diamond?

I cannot confirm that, but I believe the city and state have been working very hard to make it available. Certainly, that area would have been close to VCU’s hospital system with good transportation arteries. It certainly has a lot of appealing qualities, and it would have been a nice revitalization for the community.

Studies have reported that there’s a children’s hospital in Norfolk and one in D.C., and that maybe Richmond doesn’t have the market for it. It’s too small. What do you say to that?

I don’t know how to answer some of your questions because there have been three studies accomplished by different consulting groups. All of them say that a medium-sized, 125- to 150-bed children’s hospital would be very successful in Richmond provided that it was independent and that you could consolidate most children’s acute care from within the metropolitan Richmond area.

That quality of children’s care was what we were trying to accomplish, and had it been successful, in 10 to 15 years, we would be attracting young people from Northern Virginia, west into West Virginia and south through the Carolinas. In other words, we were planning for an independent children’s hospital that was regional and would provide more comprehensive coverage than what VCU and Bon Secours are currently providing. This effort would have been a heck of an economic driver for our community and would provide significantly better medical care for children. Better medical education and research were also planned. We would be creating something that was creating good jobs, and it would be something that the community would be proud of, which we haven’t had recently.

There’s been some speculation that a truly large medical organization outside of Virginia might spearhead the project in Richmond.

You know more than I do. There have been a lot of rumors, but I am not aware of any substance to that rumor.

What’s your next step? You’ve pledged $150 million for this project. Will you keep that on tap and put it in escrow somewhere in case the project moves forward?

No, I’m not going to do anything silly. Right now, we do not have a personal plan. We are so devastated that we don’t have a positive reaction. If I told you what I really thought, you couldn’t print it.

I want to be positive. This community lost a great opportunity. Forget our $150 million and the additional support we had offered. Our metropolitan area lost a real opportunity to accomplish something for our children.

Are we on or off the record, sir?

It’s just ridiculous. You can’t imagine the notes I get. I got a note the other day from a lady. She has a grandson who has a fatal illness and she was discussing how she has to run around with the family to different locations in Richmond to get any kind of medical care at all. These stories are tear-jerkers. It’s almost like making money at VCU and Bon Secours takes precedence over cooperating to provide comprehensive and quality children’s health care for our metropolitan area. Why are they tax-exempt if this is not their mission? It’s real disappointing.