Hope and a Promise

Could offering a college scholarship to every graduate of Richmond Public Schools be the key to the city's economic future?

Jared Bartell entered E.C. Glass High School with the dimmed vision that comes from being 14 and knowing too much hardship for too long.

Family stuff, he says. It’s complicated. There was no thought to life after graduation. Four years might as well be 40 when you’re trying to make it through the day.

“I was lost,” says Bartell, now 18 and a senior at the Lynchburg school.

The Beacon of Hope Future Center opened during his sophomore year. It was like finding a decoder ring to an alphabet world of FAFSAs, SATs, ACTs. The center, a sunny classroom along the high school’s main hallway, is hard to miss. Director Heidi Vande Hoef covered its walls with college pennants and Virginia maps freckled with the location of every college and university in the commonwealth. She topped the white boards with sheets of colored paper, each holding a quote, a paper train of inspiration led by the words of Frederick Douglass: “It is easier to build strong children than to repair broken men.” She lined the bookshelves with “Scholarships 101” and “150 Best Jobs for Your Skills” and “The Underground Guide to the SAT.”

Then she began to help guide the 1,400 students of this school toward higher education in its many forms: college, technical or trade school, industry certification, military service. In time, the Beacon of Hope program aims not only to get students into college and graduate successfully, but also to help them pay for it. Last year, it started handing out privately funded scholarships.

And now the administration of Mayor Dwight Jones wants to do the same. In the name of a long-term, lasting solution to poverty. In the name of economic development. It’s a vision shared by many in this city. As in Lynchburg, the Future Centers in Richmond are to be the on-ramps to a larger goal: privately funded scholarships that would give every Richmond Public School graduate who wants a postsecondary education the financial means to get one.

Those scholarships, commonly known as Promise Scholarships, are the gateway to even grander hope: the drawing of the middle-class back to city schools, the improved preparation of future workers and taxpayers, and ultimately, the transformation of a struggling, economically and racially segregated school district — and therefore, of a city.

That is the larger goal. It is the heady goal that sets racing the hearts of parents struggling to make ends meet and parents who earn too much to qualify for financial aid and too little to cover rising college costs.

Its attainment will depend upon Richmond’s white economic power structure — its donor class — to build the scholarship fund, acting upon what it knows to be true: Richmond cannot continue to hemorrhage middle-class families as soon as the middle-school years hit and expect to reach to its full economic potential.

It will depend upon the school district to better prepare its students for college or career and then to send more of them on to that postsecondary education.

Less than a third of Richmond Public Schools’ 2014 graduates — 28 percent — left with advanced studies diplomas, the Virginia’s Department of Education’s proxy for college readiness. And nearly one-third of those advanced diplomas were earned by students at Open and Community specialty high schools. The state average is 51 percent.

Of those who entered Richmond Public Schools as freshmen in 2010 and graduated four years later with an advanced studies or general diploma — about 1,000 students — fewer than half went on to some form of higher education within 16 months of graduation. That includes certification courses. The state average is 64 percent.

Both school improvement and private funding for scholarships are imperative, and both must take place simultaneously, one strengthening the other, says Kim Bridges, a former Richmond School Board member.

Bridges, a senior policy analyst at the Virginia Department of Education, was one of the early champions of the Promise program. She researched it and the Future Centers as a member of the mayor’s initiative to reduce poverty and increase opportunity in the city.

“It’s not an either-or,” Bridges says. “You have to open people’s eyes to the possibility while at the same time preparing students for the possibility.”

The Future Centers and Promise Scholarship program are about lifting aspirations and expectations — inside and outside the schools, says Thad Williamson, director of the city’s Office of Community Wealth Building, which is leading the initiative it’s calling RVA Future. “It’s been done in other places,” he says. “This is not pie in the sky.

“We all should be doing better as a community. We need to say to students and families: ‘This path is real. It’s available. And it’s available for you. Not for someone else. For you.’ They have to believe that. Once they believe that, it creates a demand for improvement at all levels.”

Promise programs, in many forms, have been launched in about 40 cities across the United States in the last decade. The more generous the program, the more likely it is that a city will see increased public school enrollment, fewer families leaving after elementary school and higher rates of college enrollment, says Michelle Miller-Adams, a research fellow at the Upjohn Institute in Kalamazoo. Michigan. Kalamazoo is the home of the first Promise scholarship program, and in the last decade, it also has seen an improvement in student grades and an increase in students taking Advanced Placement classes.

The Kalamazoo Promise remains one of the most expansive in the country. Anonymous donors have kicked in more than $60 million in scholarships to cover as much as 100 percent of tuition and mandatory fees at in-state colleges, depending upon how long a student was enrolled continuously in the district. Relative to potential costs down the road, it’s not that expensive, its supporters say.

The unemployment rate of high-school grads is twice that for those with bachelor’s degrees. The median earning of someone who has a bachelor’s degree is 65 percent higher than the median earnings of a high-school graduate. You can find all the data and more in the White House’s 2014 report, “Increasing College Opportunity for Low-Income Students.”

Miller-Adams says the Kalamazoo donors sought to “put education at the center of economic development.” The results will be a generation in the making. The district remains a high-poverty district. There’s been little impact on dropout rates, she says, and “there are plenty of families who still say, ‘I don’t want to send my kids there.’”

But what also has proven true is that the promise doesn’t lie simply in the money, she says. It lies in the power to forge a single community mind oriented toward higher education for all. The programs have prompted more rigorous academics, cooperation among college-attainment programs and they have forced schools and colleges to begin the hard work of aligning expectations and the coursework to meet those expectations from elementary school on up.

The promise is a spark that flares with every new kindergartner, every additional high-school graduate, college admission and completion, with every house that goes up for sale with a front-yard sign that reads: “This Home is Kalamazoo Promise qualified.” 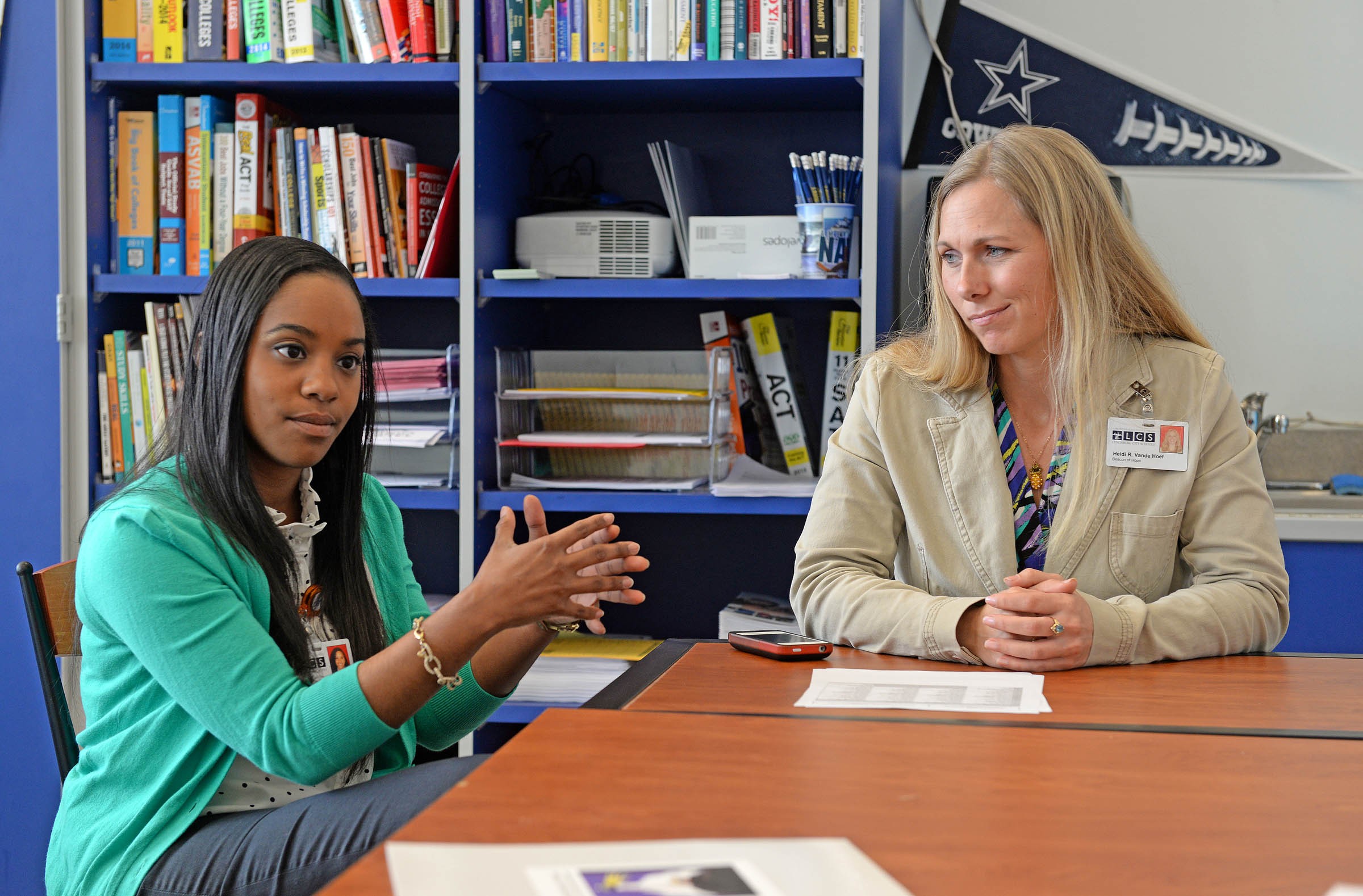 Richmond plans to start small: with scholarships to two-year colleges that would help cover tuition and a living stipend. The estimated cost is about $2 million a year, and depending upon fundraising, the scholarships could become available in the 2017 school year. If fundraising really takes off, the four-year scholarship option would be introduced sooner rather than later.

“We need partners and, I’m going to be candid, we need to decide as a community whether we are going to support public education in this city or not,” says School Board member Shonda Harris-Muhammed, who’s been part of a task force of school district, college, university and city representatives that has been shaping the Promise program since last summer. “Are we going to put our money where our mouths are? This is a bridge we are building between the city and the school district.”

But it begins with the Future Centers. The mayor’s proposed 2016-’17 budget, released earlier this month, calls for $425,000 to launch centers at two of Richmond’s high schools by next school year.

“This is a key component of the city’s efforts to address poverty as attending college or a technical school is a life-changer,” Jones says.

The goal is to place centers in all five comprehensive high schools, an ambition that eventually will require private investment. The Richmond Public Schools Education Foundation is taking the lead fundraising role.

Much of what happens in a Future Center is practical guidance to students and their parents, many of whom of never went to college and so don’t know what they don’t know about college application. There’s a lot of: Here’s how you fill out these financial aid forms. Here’s what coursework this college expects. Here are some career and college choices that match your strengths and interests. Let’s go visit these campuses.

Once upon a time, the work done in Future Centers would have been the responsibility of guidance counselors. But that was before school counselors were turned into air-traffic controllers, responsible for hundreds of students each. In the fall of 2013, Richmond’s public schools employed about 20 guidance counselors for about 5,500 high school students — a ratio of 1-to-275.

Since launching the Beacon of Hope program in Lynchburg schools more than two years ago, that district has seen more families completing financial aid forms, more choosing to pursue higher education and even a bump in graduation rates.

But equally important here is the work that goes beyond metrics, Vande Hoef says: “Kids are making choices that can really impact the whole rest of their lives. The more they get exposure to different opportunities, the more they say, ‘I can do this.’ And they walk taller. They lift their heads higher. They sit different in class. I love seeing that light go on.” 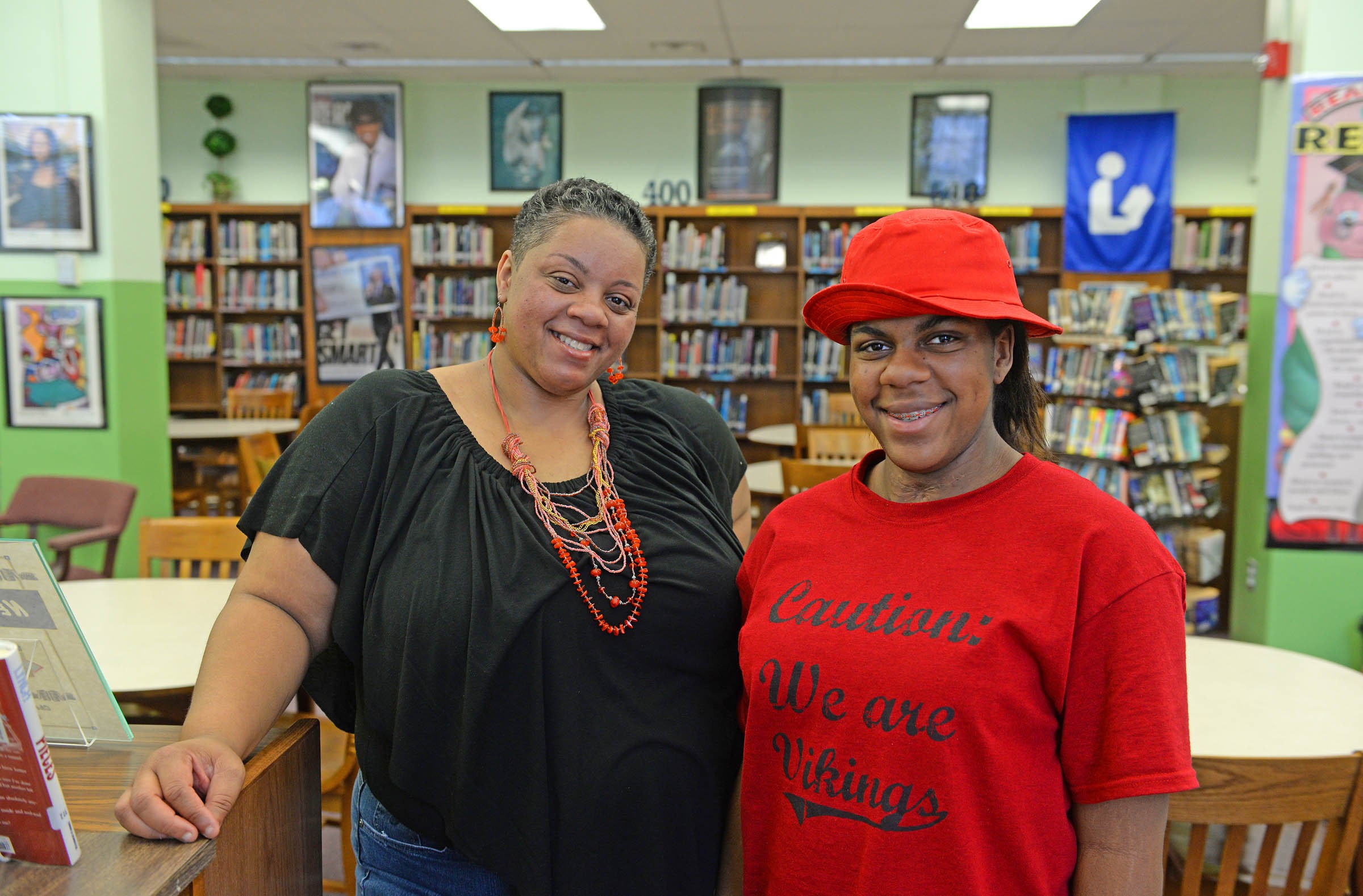 All of this sounds great to Richmond mom Chanel Bea, whose daughter will be a senior next year at Thomas Jefferson High School. Bea also is a member of the citizens’ advisory board to the city’s initiative to reduce poverty. She isn’t without her reservations, especially about the school district’s ability to send kids to college prepared to succeed. But she says she sees tremendous potential in the scholarship, which would help her, a working mother raising three children.

“As people, as students, you don’t often know what your potential is and if you don’t know, it’s hard to aspire to greatness,” Bea says. “You remain stagnant. My hope is that the Future Centers will help students who may not have a clue, but who have the desire, that it will say to them: Go ahead and soar.”

Which brings us back to Jared Bartell. He got it together in his junior year, starting getting A’s, went to the Beacon of Hope program and plunged into preparation for college applications.

Last week, he dropped by the Future Center. “I got into Virginia Tech,” he tells Beacon of Hope staff, nonchalantly. A cascade of congratulations descends upon him. Only then does he allow himself a small, pleased smile. S