The season heats up with one really big weekend in September for music fests.

The first weekend in September offers several major music festivals for those so inclined. Two are short drives out of town, and one — the inaugural Fall Line Fest — is right downtown. It's an idea that organizer Stephen Lecky originally conceived to piggyback off the popular Hopscotch Festival in Raleigh, N.C., snagging some of the bands headed to or from that event. To help you decide where to spend your hard-earned dollars, here's a quick-hit guide: 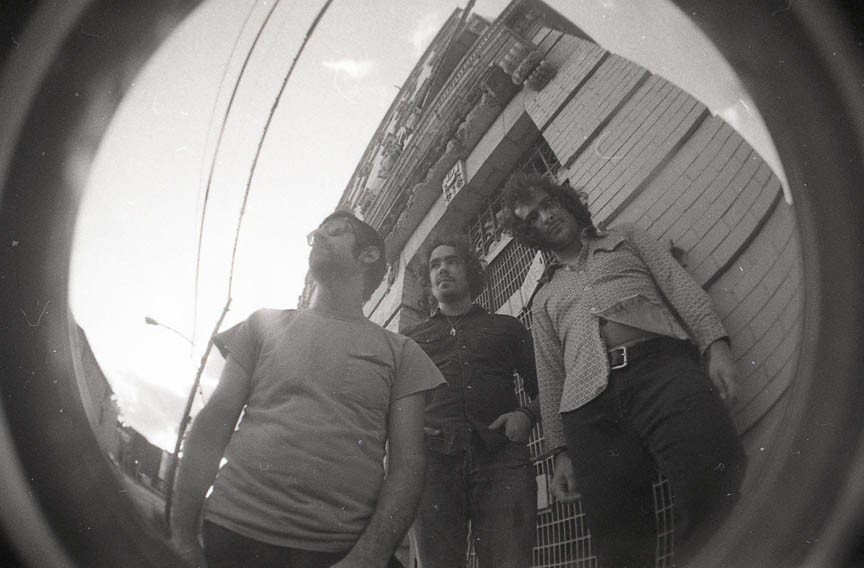 Where: Downtown Raleigh at various venues.

Who's going: A lot of white dude indie rockers. Guys who read or write for Pitchfork. Expect a collegial vibe thanks to nearby Duke and University of North Carolina (and NC State, whoops, my bad).

Who to see: Too many to count. But on Thursday, some safe bets include vocalist Angel Olsen and Grouper (Fletcher Opera House) or Purling Hiss and Oblivians (at Contemporary Art Museum). On Friday, Mikal Cronin (Pour House); Pere Ubu (King's Barcade); hip-hop with Action Bronson and Earl Sweatshirt (Lincoln Theatre). On Saturday, the Breeders and Spiritualized in City Plaza; the Richmond metal of Inter Arma with the legendary stoner doom of Sleep (Lincoln Theatre); John Cale (Memorial Auditorium); and outsider artist Lonnie Holley (at Longview Center). But be sure to drop in on some bands you've never heard of. You'll be glad you did.

Why go: It's one of the best music festivals on the East Coast in terms of discovering new and up-and-coming bands. And it's well organized and run in a pleasant, safe and clean city where you can walk from venue to venue.

What else to do: The downtown is pretty much overrun by Hopscotch events and parties. Festival organizer and Indy Weekly music editor Grayson Currin, who just wrote a scene report on Richmond for Pitchfork, tells me to "eat at Poole's and Capital Club 16. Stay up late. Go to the many local breweries springing up. Walk through Oakwood, where I live and Raleigh's first historic district!" He's also stoked about Mount Moriah's full-discography show and says that "even as we've added bigger venues [three huge ones last year], the programming has remained strange and risky."

If you're a barbecue nut, I also recommend checking out the Pit, and take home some of its bottled sauce. Last year we saw the lead singer from Flaming Lips in there, hair perfectly tousled, rolling around in his barbecue-covered hamster ball. 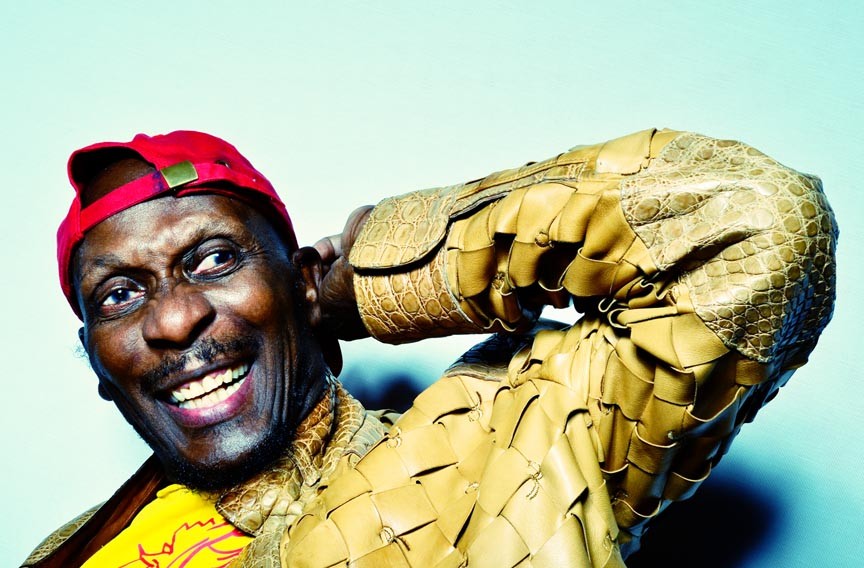 Where: Oak Ridge Farm in Arrington.

Who's going: Jam banders, dirt-twirling hippies, hoola-hoopers, trustafarians, young people on hallucinogens and old people on Pepcid. I must emphasize: This isn't a breakdancing festival for old-school poppers and lockers.

Who to see: On Thursday, String Cheese Incident plays two sets and Warren Haynes of the Allman Brothers gets his slide on. On Friday, the remnants of the Grateful Dead, Further, play two sets; but the real highlight likely will be reggae legend Jimmy Cliff and the Dirty Dozen Brass Band. On Saturday, John Fogerty gives Widespread Panic some better songs to play, Further performs the album "Workingman's Dead" — the jagged dinosaur rock of Neil Young and Crazy Horse recently canceled after his guitarist broke a hoof and the group has been replaced by noodle king Trey Anastasio. On Sunday, get your morning bluegrass jolt with the beloved Hackensaw Boys followed by the quirky Col. Bruce Hampton and Friends.

Why go: Because you love jamming and the organizers of Lockn' promise there will be unusual collaborations and the music won't stop — not even if Bob Weir stumbles offstage in a mushroom haze. Plus, the festival's location on a 4,800-acre farm is beautiful. And as Style Weekly calendar editor Chris Bopst would say: If you're into jam bands, "you probably haven't run out of drugs yet."

What else to do: There should be plenty of vendors and veggie-hippie favorites for sale around the grounds. But if you get bored with the ebb and flow of neverending jams, Nelson County resident and Grammy-winning sound engineer, Chris King, gives us his recommendations for local options: "Send people to Thai Siam in Colleen (my highest recommendation!) and you should send them to the Devils Backbone Brewing Co. and restaurant just outside of Afton. I also recommend Paulie's Pig Out (but not nearly as highly and only for their pulled pork ... nothing else). Also just outside of Afton on Route 6: The farmers' market in Afton on Saturday is actually quite nice and one can easily build a picnic basket there. The rafting and canoeing on the James though Nelson is particularly good right now and also there are some wonderful biking and hiking roads along the Tye River." Thanks, Chris! 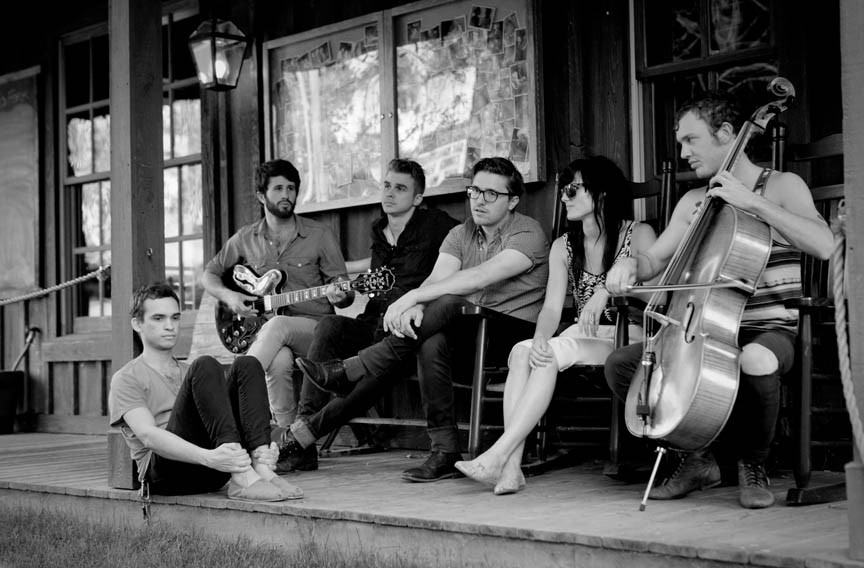 Where: Downtown Richmond at various venues. Schedule to be announced.

Who's going: Locals and those who support local music and art! (And folks who didn't leave town for the other fests).

Why go: To support local. Plus it's the best deal out there at $20 in advance for a weekend pass; $55 for VIP weekend. And the best part, it's right out your back door: More than 40 bands in five venues, 10 art galleries and five restaurants.

What else to do: Organizer Stephen Lecky says that restaurants including Pasture, Saison, Ipanema, the Well and Rappahannock will be working with artists performing at the festival to create a personalized, three-course meal. "This to my knowledge is the first time something like this has been done in Richmond," he says. "Bands will also help with a playlist at each of the locations. I am personally excited for the pairing of No BS Brass Band with Jason Alley at Pasture."

With one wristband you can walk to a multitude of diverse events, says former Dahlia Seed singer and current frontwoman for Positive No, Tracy Keats Wilson (check out their new single on Stereogum). And you can enjoy all the side events such as the food panel, the WRIR-sponsored local record label expo, and even a yoga class that Saturday. "Most of our events are inside so temperamental Richmond weather can't spoil the fun," she says. S