Hooray! Trains, Trains for All! (Except Richmond) 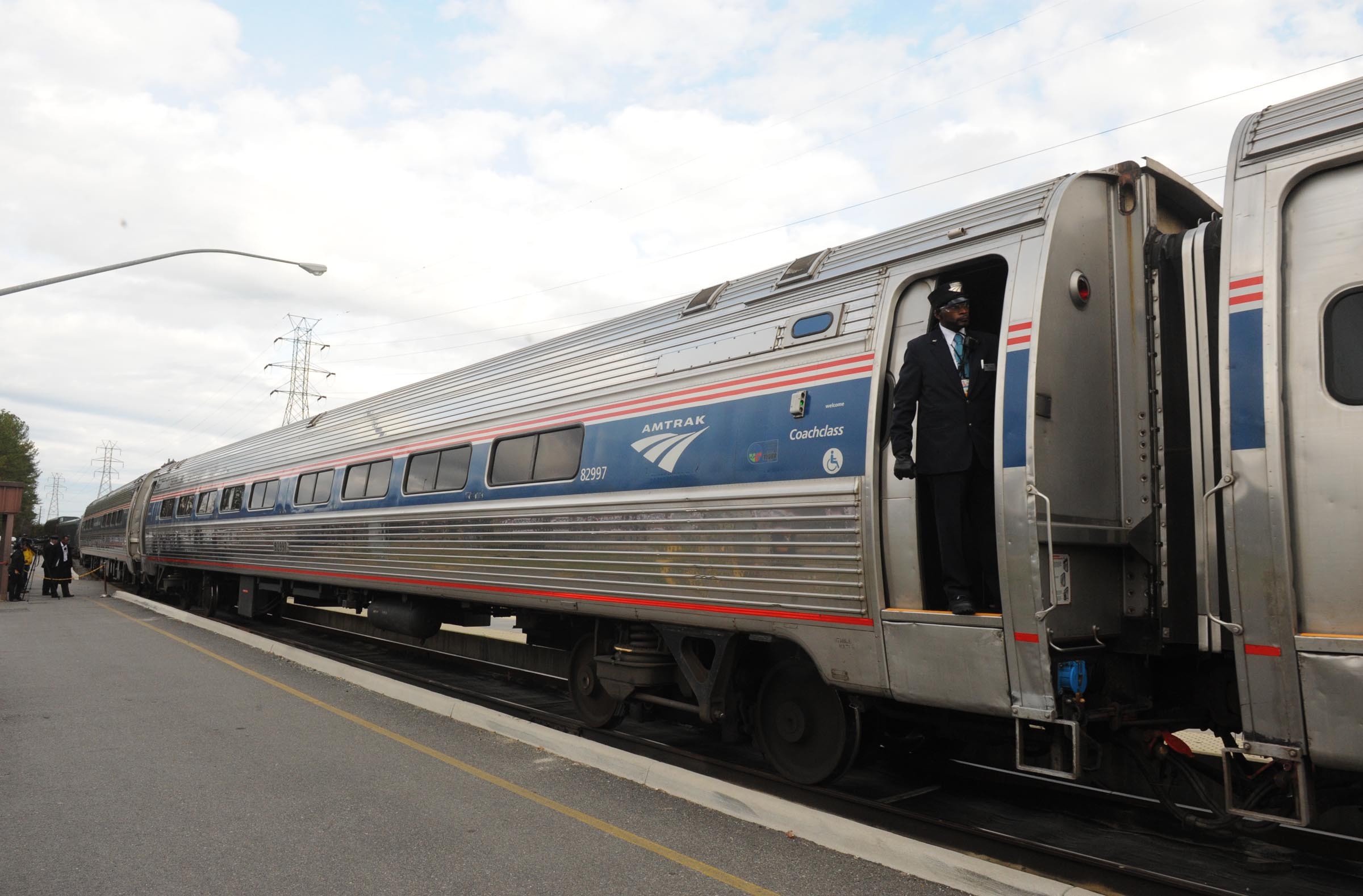 City leaders have known for more than a year that new passenger train service between Norfolk and Washington would bypass downtown Richmond's historic Main Street Station. That couldn't have made it sting any less Tuesday as the train made its inaugural run down the new line, going straight from Henrico County to Petersburg.

Adding to the indignity of the situation, beaming Henrico leaders publicly gloated over the fact that region's primary stop was on their home turf, at the suburban Staples Mill Station about 15 minutes by car west of Richmond.

"We're hoping that this expansion brings more visitors to Henrico," says County Manager Virgil Hazelett at an event commemorating the beginning of the daily, round-trip service connecting Norfolk to the nation's capital. "We're thrilled to share our shopping and dining with those who will board the train here."

County Supervisor Pat S. O'Bannon was even more explicit as she spoke before the train left Staples Mill for Petersburg. "We want everyone to come and stay in Henrico and go shopping here before heading back to D.C.," she says.

Henrico sees the new service as an opportunity for growth and tourism. On Dec. 11, that opportunity chugged through Richmond at about 45 miles per hour without stopping. And it didn't come within three miles of downtown Richmond or the train station city leaders spent more than $50 million to renovate just 10 years ago.

The gleaming, stainless-steal Amtrak carriages are carrying visitors Richmond desperately wants. And it's inter-city connectivity on which city planners have long pinned the revitalization of Shockoe Bottom. So why isn't the train stopping in Richmond proper at its glorious Renaissance-revival style station?

The state officials behind the Norfolk-to-Washington service say the tracks in Richmond were never designed to push passenger rail through the center of the city. In its heyday, Main Street Station only served two lines. Most of the train traffic moved through Broad Street Station, now the Science Museum of Virginia. The tracks that run through the city center are part of a slow tangle of freight-train service designed in the 1800s. Passenger trains that want to move with any quickness and reliability do best to avoid them.

Track and infrastructure improvements necessary to move trains through the city center with any efficiency would cost about $600 million, they say. And so far, the General Assembly has been unwilling to come forward with funding, says Danny Plaugher, the executive director of Virginians for High Speed Rail.

In the end it comes down to whether or not bringing more train service to downtown Richmond is worth $600 million, says Kevin Page, chief operating officer of the state Department of Rail and Public Transportation. "Is it worth it? Well, that's where we're headed," Page says. "We're studying the viability of the routing options."

Right now, there's no clear regional consensus on the question one way or the other, but Plaugher says there's a good case for putting up the cash to straighten out the mess of tracks in Richmond.

"I think both stations serve their purpose but opening up Main Street Station is absolutely vital," he says. "Downtown Richmond is the economic and political center of the commonwealth of Virginia and to have those downtown connections from Northern Virginia to D.C. as well as Hampton Roads, we need that connectivity."