Representing 41 countries, 91 people take the oath of allegiance at the July 4 naturalization ceremony. Scott Elmquist Nearly 100 people became citizens during a July 4 naturalization ceremony at the Virginia Museum of History and Culture.
Eight years ago, Jamaican native Glenice Currie-Pfeil met Andrew Pfeil online. They dated long distance, flying back and forth to visit one another as often as they could, until she moved to Midlothian in 2014. Since she landed in the U.S. the couple has celebrated marriage, the birth of a daughter who turns 4 this month and, on Thursday, July 4, Currie-Pfeil’s official naturalization as an American citizen.

“It’s the most awesome feeling ever,” says Currie-Pfeil, 30, fanning herself underneath the blazing midday sun on the steps of the Virginia Museum of History and Culture. She notes that leaving her country of origin and immersing herself in American life hasn’t been easy, but now, with her certificate of citizenship in hand, she’s “up for the challenge.”

Currie-Pfeil is one of 91 people to take the oath of citizenship during a naturalization ceremony in front of the Virginia Museum of History and Culture on July 4. The event is brief but joyful, with remarks by museum president and CEO Jamie Bosket, U.S. Court of Appeals for the Fourth Circuit Chief Judge Roger Gregory, Congressman Donald McEachin and Assistant United States Attorney of the Eastern District of Virginia Jon Lucier.

Before administering the oath of allegiance, Gregory quotes a line from the Federalist No. 52, penned by James Madison in 1788 in reference to the House of Representatives: “Under these reasonable limitations, the door of this part of the federal government is open to merit of every description, whether native or adoptive, whether young or old, and without regard to poverty or wealth, or to any particular profession of religious faith.”

“Whether it be native or adoptive, you are the example of what Madison talked about. You are that adoptive spirit of merit,” Gregory says, speaking to the soon-to-be new citizens directly in front of him in rows of white folding chairs. “You bring all of your talent, all of your interests, your art, your creativity. Use your merit for this nation, your new country. Share it, be a part of it. Don’t let anybody shut you out or shut you up, because you are here because of the merit, which you will give to our country. Let’s make Madison’s words live.”

With their right hands raised, 91 individuals, representing 41 countries from Afghanistan to Poland to the Ukraine, repeat after Gregory in reciting the oath of allegiance. The same ritual took place in 28 other U.S. cities on Independence Day, with 64 total over the course of the week, according to a press release from the U.S. Citizen and Immigration Services.

For 30-year-old Fatima Musaid, the day is one of mixed emotions.

She’s lived in the States with her American-born husband, Abrehm Musaid, 37, for four years. The couple and its month-old baby are surrounded by his relatives, but her own family members are still in Yemen, where she was born and raised.

Abrehm Musaid nods at his wife reassuringly, noting that they’re going to “start working on bringing her mother and father over too.” Now that she’s a citizen, Musaid may legally petition for her parents to live in the U.S. as green card holders. Prior to being naturalized, she was eligible to petition for a spouse or a child, but not a parent, to immigrate to the U.S.

New citizen Nooruddin Ratani, 62, moved to the Richmond area from Pakistan 20 years ago. He says he feels “no sadness” being this far from his original home, and reflects on three of his favorite things about living here.: His job as a gas station manager, the Indian cuisine at Anokha in Short Pump and his wife, Yasmin Hudda, whom he met nine years ago.

Indian-born Hudda, 55, has been in the country since the early ‘90s, and her own naturalization was in 2006. Hers was a smaller affair, without the pomp and circumstance of an event open to the public.

“I know this was a very special day today. He is a lucky man,” she says. “For me, it was a very easy process but smaller. So I was very excited for him to have such a big ceremony.” 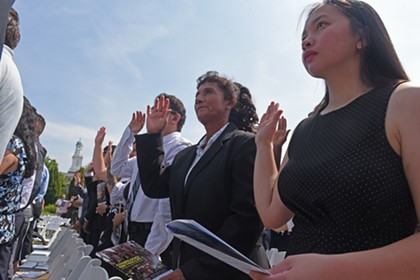 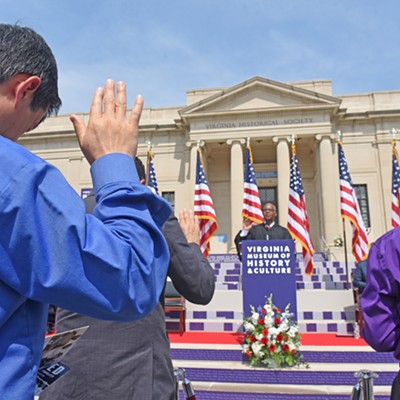 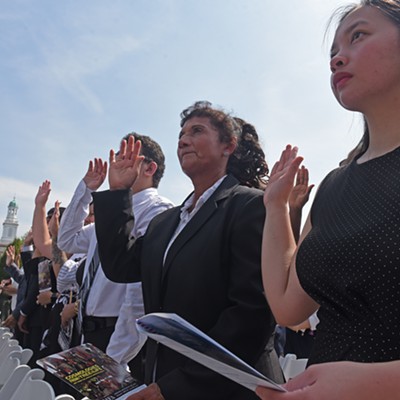 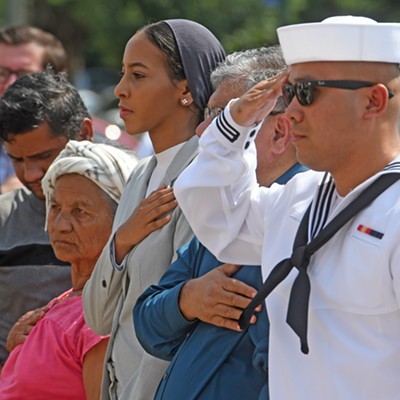 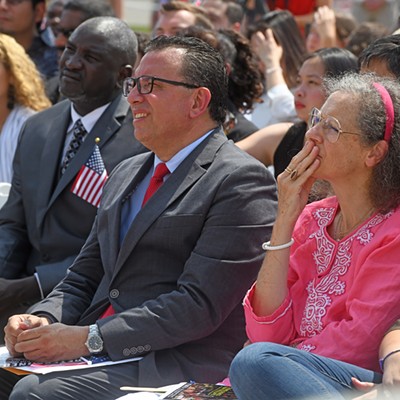 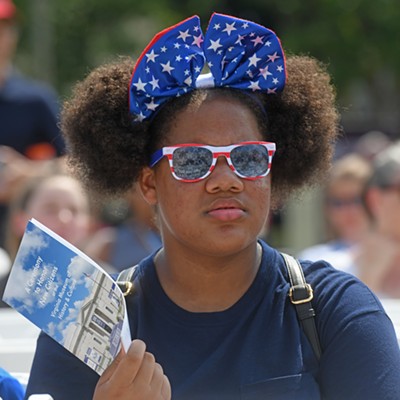 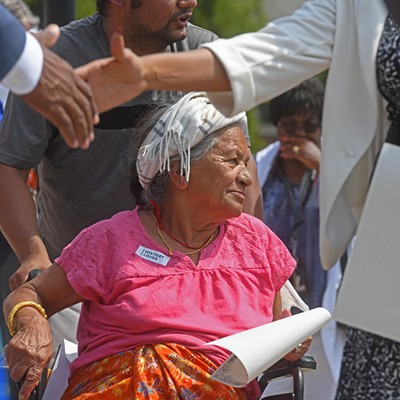 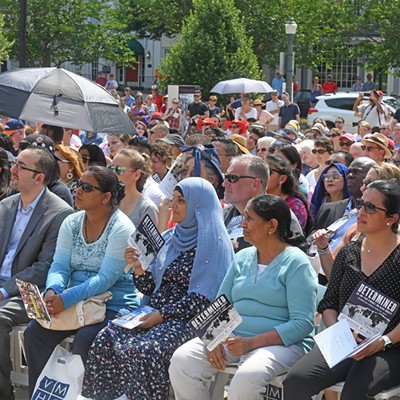