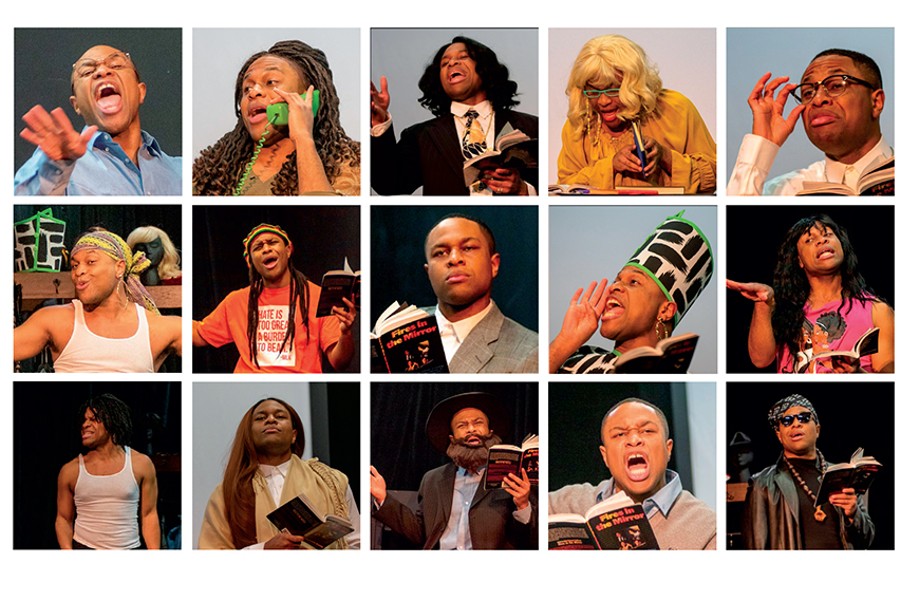 On the evening of Aug. 19, 1991, a station wagon belonging to a Hasidic rebbe’s motorcade struck a car, veered onto a sidewalk and pinned two children against an iron gate in the Crown Heights section of Brooklyn.

This incident, and perception of a delayed medical response for the children, kicked off a three-day race riot in which the neighborhood’s Black residents turned against the local Orthodox Jewish Chabad community. Several Jewish people were attacked on the street and Yankel Rosenbaum, an Orthodox Jewish rabbinical scholar visiting from Australia, was stabbed to death.

By the time the riots subsided, roughly 200 police officers and residents had been injured, 27 vehicles had been destroyed and seven stores were looted or burned. Time Magazine called it the worst episode of racial violence in New York since the 1968 riots that followed the death of the Rev. Martin Luther King Jr. Edward S. Shapiro, a historian at Seton Hall University, would later describe the riot as “the most serious anti-Semitic incident in American history.”

Thirty years on, the Firehouse Theatre is delving into these events with Anna Deavere Smith’s one-person play “Fires in the Mirror.” In a pioneering example of verbatim or documentary theater, Smith interviewed more than 100 people in the aftermath of the riot. From these interviews she created monologues taken directly from transcripts. Among those portrayed in the show are the Rev. Al Sharpton, activist Angela Davis and playwright and director George C. Wolfe.

Firehouse’s production – which will be both performed in-person and livestreamed – came about when local actor Jamar Jones approached producing artistic director Joel Bassin about performing the work.

“It really centers on the immediate ramifications of the riots,” says Jones, who plays 26 characters in the show. Through the play, viewers “see how different these individuals are, but then you begin to notice how you can find through lines between their stories and their identities.”

The show dives headfirst into the long-simmering racial tensions of the neighborhood, which further escalated with the deaths and riots. Jones, who turned 30 this month, compares the show to a living documentary.

“All this was happening while I was coming into the world,” Jones says. “I was just learning to crawl and this earthshattering thing that was affecting a whole population of our human brothers and sisters was going on.”

Against the backdrop of the pandemic and the resurgence of the Black Lives Matter movement, Jones says the piece still feels relevant today.

“I appreciate this piece right now happening in the midst of a global crisis that we’re all experiencing, because it is all about your fellow man and woman. It is about your fellow citizens around the world,” Jones says. “This piece represents a powerful glimpse of how important it is to listen to others, hear their stories.”

Katrinah Carol Lewis, the show’s director, agrees about its relevance.

“The things that people are saying are things that you might hear coming out of their mouths in 2021,” says Lewis, who starred in Smith’s one-person play “Twilight: Los Angeles, 1992” about the Rodney King riots four years ago at TheatreLab. “The undercurrent in our society of rage, this powder keg that we sit on, that we saw explode in our own city in 2020, it’s the same discontent, it’s the same fire. It’s the same anger and rage that’s deep-seated within the community that goes back for generations upon generations.”

Lewis compares “Fires in the Mirror” to “Twilight,” its direct successor.

“It’s very similar to ‘Twilight’ in structure and the herculean [performance] that the actor is asked to take on,” Lewis says, noting that the pieces highlight different communities. “Those cultural differences and the specific cultural norms, cultural experiences are different, but it really gets to the heart of the same thing: How do people in a city that are very different live together and exist together, particularly in our racially charged environment?”

Overall, Lewis says audiences should be prepared for an electric evening of theater.