A novel by a former Dominion employee explores addiction through a religious journey to Israel. 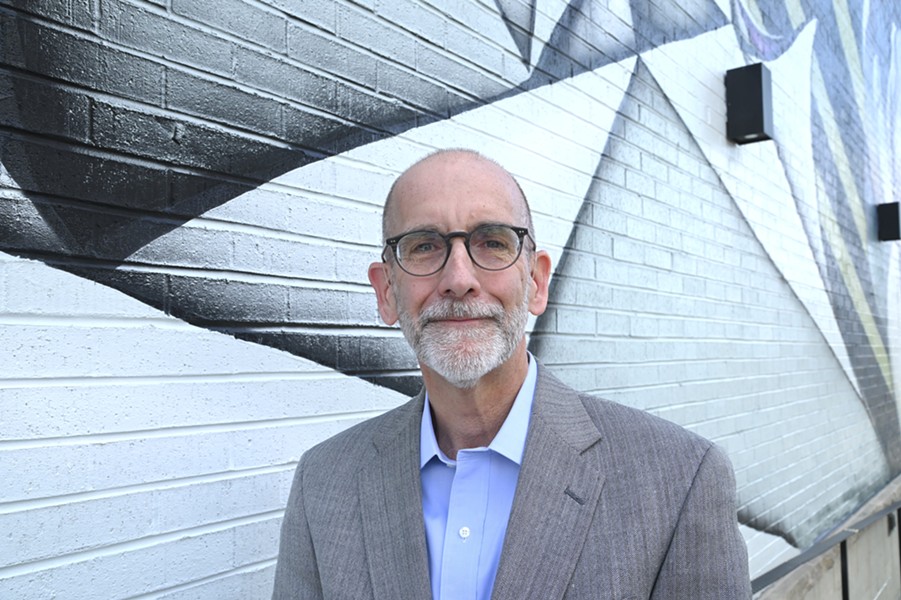 In 2016, Steven Rogers, an accountant who lives in Richmond, was winding down a 20-year-career at Dominion Energy. He was looking forward to putting more work into his writing, including novels and short stories.

He and his wife decided to take a trip to Israel. On the plane there, Rogers, who likes to read about religion, started imagining the plot of a new novel.

He had several friends who were alcoholics and had shattered lives and families. The idea came that he could use his upcoming Israeli bus tour as the vehicle for a story about failure, revelation and redemption.

This was the start of “Into the Room,” published last year by Elk Lake Publishing, a Massachusetts-based firm that prints Christian-themed works.

The novel centers on Ben Cahill, a Richmond commercial real estate developer who has had a serious alcohol issue since his teens. He went home drunk one night and started shoving his daughter and wife around. His son grabbed a baseball bat to protect them.

Cahill is arrested, ends up in court, goes through rehab while a relative organizes the bus tour in Israel. By chance, the trip is made up mostly of Christians who are not shy talking about coming to Jesus. “There’s nothing worse than Holy Rollers on a roll,” Cahill says.

“Pastor Marcus,” the tour guide gets the entourage aboard a bus at an Israeli airport and gets down to business. “Time to dig into the New Testament,” he says. “Let’s talk about Cornelius, who sent for the Apostle Peter. At the time, Peter was in Joppa.”

And so it goes. The tour takes about 10 days and is filled with tons of Biblical quotes and factoids. An array of evangelical passengers, such as middle-aged Gerri and Addy, a 20-something emergency nurse, chat on in a rather geeky dialogue.

All along Cahill tolerates them and keeps dreaming of vodka on the rocks.

By now, the readers know where the story is going. It is just a matter of time before stubborn Cahill has spiritual moments and goes “Into the Room” where God will take control of his life.

Supported by his new friends, he eventually seeks forgiveness and finds Jesus and redemption, calls his estranged wife, etc.

As a former altar boy, I am as religious as the next person but I must confess that fairly early into my read, I wanted to bag it. I got annoyed with the cheesy chatter, constant Bible travelogue and rare mentions of Jews.

But somehow Cahill (and Rogers) got their hook into me. I wanted to put the book down, but kept being drawn back into it. The bus riders seem simple-minded, but the author makes you like them and want to know more about them.

Cahill is the most realistic character of all because he is so flawed. His explanation of his all-hour cravings for booze is interesting and deeply self-revelatory. He wants vodka or beer (or both) starting in the morning and then through lunch, late afternoon, at dinner and after.

He seriously grieves about what this has done to his family and friends. In this, Rogers succeeds at explaining what the addiction means. Cahill wants to quit but simply can’t.

I didn’t quite get this at first, but Cahill’s trip roommate is a man named Joseph who is constantly writing memos about Our Man and what redemption progress he made that day. He sends them to “Peter.”

I had no idea who they were. At first, I thought they might be Mossad agents. It wasn’t until I spoke with the author that I learned that the former is an apparition sent by God and the latter is the St. Peter.

As irritating as all the Bible passages can be, Rogers shows an impressive grasp of the material. “I love to read and I’ve gone through the Bible three or four times. But these just didn’t pop into my head. I had to research them,” he says.

Rogers is not especially evangelical, he adds. He attended the College of the Holy Cross, a school in Worcester, Mass. that is run by the Jesuits, a Catholic order.

"I guess I’ve been through a gradual conversion," he says.