A look back at other difficult holiday seasons in Richmond. 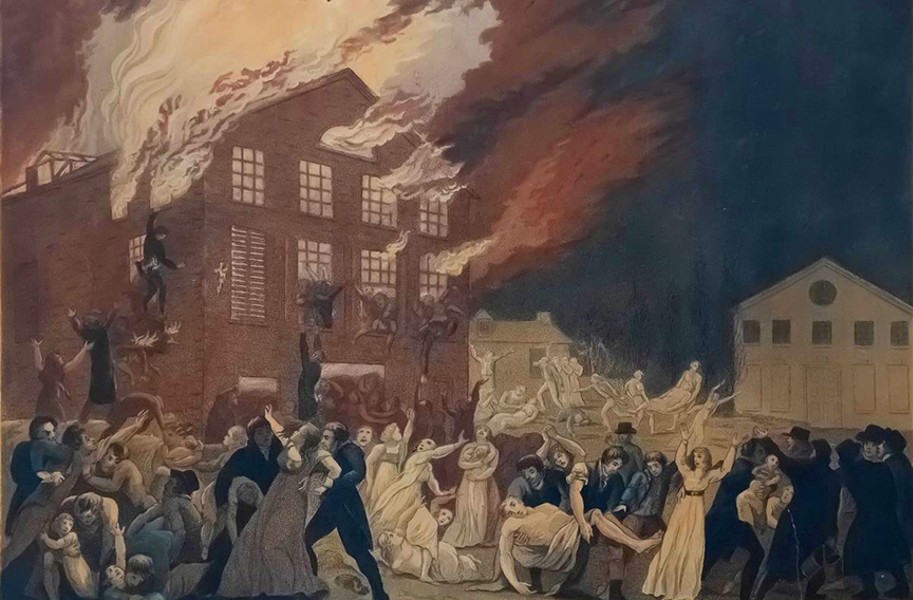 Fast forwarding, Vice President-elect Kamala Harris, in her Nov. 7 victory remarks in Wilmington, Delaware, declared that “times have been challenging. Especially the last several months, the grief, sorrow and pain.” Few would disagree.

In this Yuletide marked by the pandemic, we might recall and consider seasons of discomfort, uncertainty, tragedies and unspeakable horrors that befell Richmond in past holidays. 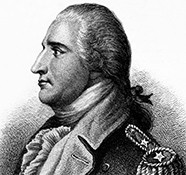 On the 12th day of Christmas during the American Revolution, the small town and recently hatched state capital was burned by Benedict Arnold, a disaffected former Continental Army general who’d defected to the British. On Jan. 5 he and 800 men marched upriver from Charles City County to Richmond to disrupt the tobacco trade, loot rum and sugar, lure Tories to their cause and even buy off the Masons. As a blind-sided Gov. Thomas Jefferson and state officials fled across the river to Manchester, and then to Charlottesville, hogs stumbled drunk through Richmond streets and Arnold’s men set fires and destroyed the public foundry at Westham, a few miles west of the falls. A Hessian mercenary wrote: “Terrible things happened on this occasion, churches and holy places were plundered.” 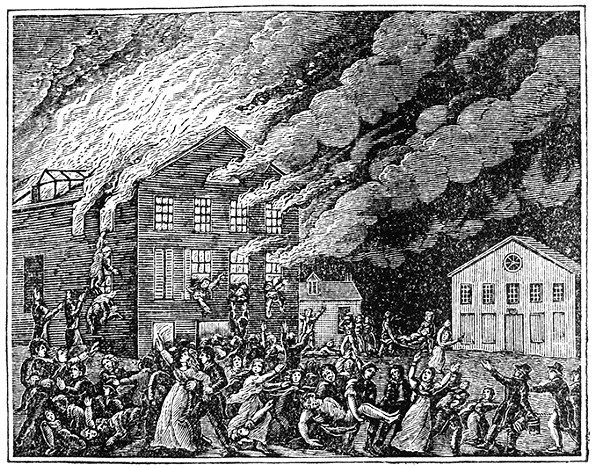 ‘Twas the night after Christmas and some 600 merrymakers, including enslaved persons and Gov. George W. Smith, packed the Richmond Theatre for double bill performances. But real terror and death ensued after a stagehand yanked an open-flamed lamp to the upper stage house, igniting the sets. The entire building was soon engulfed as playgoers headed for the exits. A hero of the night was enslaved African American Gilbert Hunt, who caught a number of those jumping from windows. Charred remains of the 72 victims who didn’t escape are entombed at the site today. To memorialize one of the nation’s worst tragedies to that point, the city of 9,735 commissioned the construction of an architecturally striking church where the theater had stood. It was designed by Robert Mills of Charleston, South Carolina, the first American-born professional architect. Monumental was a consecrated Episcopal church until 1965. 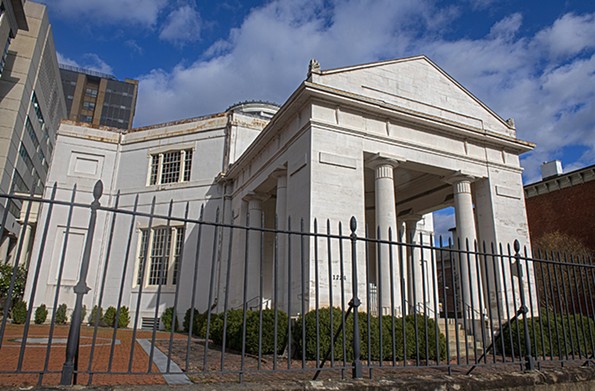 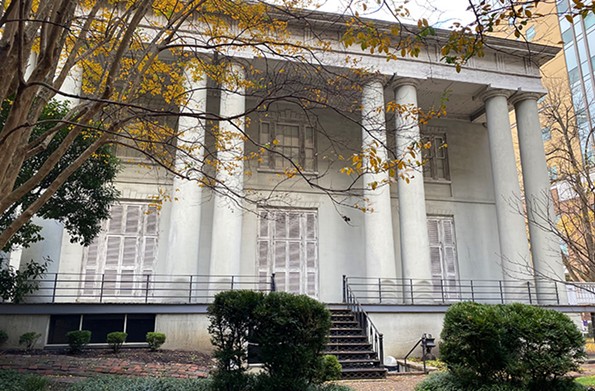 It was Richmond’s fourth holiday season as the Capital of the Confederacy. The Civil War dragged on and Union Gen. Sherman telegraphed President Abraham Lincoln: “I beg to present you a Christmas gift of the City of Savannah.” Richmonders awaited an invasion. So if the previous December had been deemed a “slim Christmas” here, 1864 was a “grim Christmas.” Civilian railway travel was suspended. With steep inflation, prices skyrocketed: A cord of wood cost $100, coal was $90 for 25 bushels and men’s boots were $200 a pair. Folks didn’t risk hanging laundry on clotheslines. And food? Flour was hoarded and hidden out of town. Some residents ate mice and pigeons while a plump rat, planked and broiled, was considered a delicacy. At holiday “starvation” parties, folks danced and sang but only consumed water. A writer in the Richmond Sentinel newspaper suggested that the Declaration of Independence be repealed and the Confederacy seek protection from the former master countries of England, Spain or France. On New Year’s Day, excavation work for a new canal at Dutch Gap to straighten the James collapsed on Black laborers. Peace finally came at Appomattox some three months later. 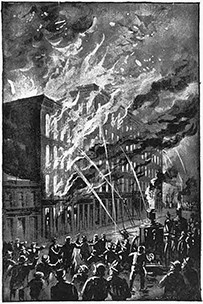 A generation before the Jefferson Hotel was opened for business, the Spotswood, on East Main at Eighth Street, was the city’s grand hotel. Late on Christmas night, the five-story building was ravaged by a fire that started in a pantry. With the outside temperature at five degrees, to suggest that firefighters were hampered by freezing water is an understatement. After daybreak, it was determined that the hotel was a total loss and that eight patrons had not escaped the inferno. 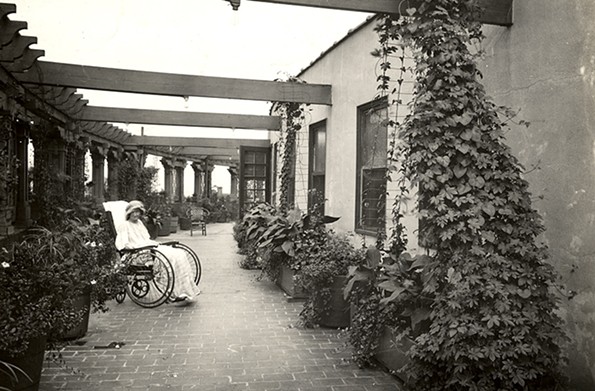 The United States entered World War I in April 1917. By mid-September of the following year the first area case of an influenza infecting the planet was reported at Fort Lee near Petersburg. By Oct. 5, there were 2,000 reported cases in Richmond. The situation worsened. Public school attendance dropped from 24,000 to 15,700. John Marshall High School, then downtown where the John Marshall Courts Building now stands, was converted to a hospital. The University of Virginia in Charlottesville shut down. The situation improved somewhat during the holidays, but by February 1919 some 1,000 Richmond area residents had died from the pandemic. 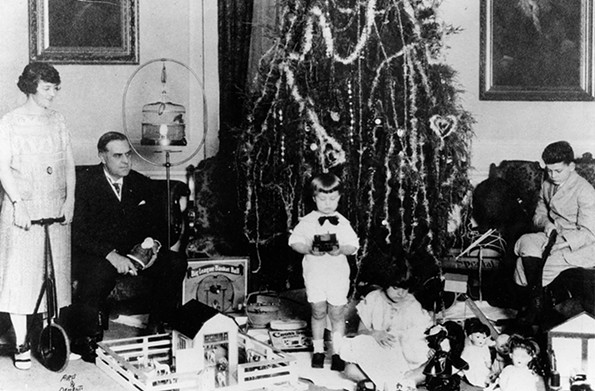 Toward the close of the holidays, Gov. Elbert Lee Trinkle, his wife Helen, and their children were weeks from relinquishing the Executive Mansion to a newly elected governor and returning to Wytheville. But on Jan. 4, 5-year-old Billy tore through the ballroom waving a lit sparkler. The dry evergreen Christmas tree caught fire and the blaze quickly spread. Billy escaped unharmed, but his mother bolted frantically past restraining police and firefighters when she realized her 15-year-old son Lee was napping upstairs. Ladders couldn’t reach the bedroom windows, so mother and son dropped to the ground. Helen Trinkle suffered second-degree burns and spent weeks recuperating at the Medical of Virginia Hospital, now the VCU Medical Center. An accomplished violinist, the first lady’s Stradivarius instrument was lost in the fire. 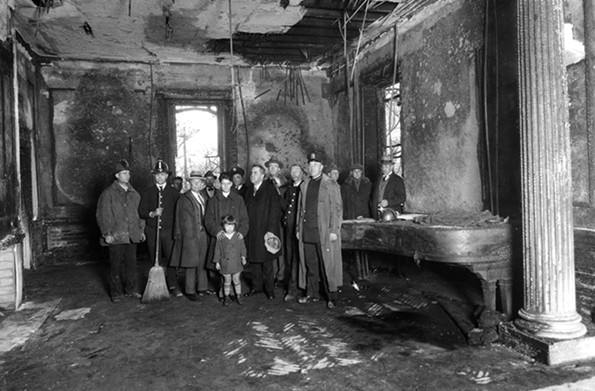 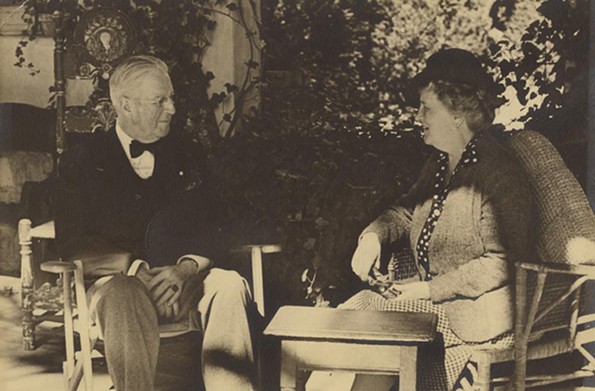 Richmond has known few more glamorous and accomplished Richmond couples than native son Alexander Weddell and his wife, Virginia Chase Steedman Weddell from St. Louis. He was a distinguished career diplomat whose choice ambassadorial posts included Spain, Mexico and Argentina. The 47-year-old bachelor and his future wife, a vivacious widow and heiress, had met in Calcutta. Despite their international status, they focused on Richmond. She passionately sought to develop low-cost housing programs for eligible Black residents but was repeatedly rebuffed by conservative local leaders. He wrote books on art and Virginia history and was president of the Virginia Historical Society, now the Virginia Museum of History & Culture. In the 1920s, the couple acquired and imported a Tudor manor house from England and rebuilt it in Windsor Farms. On New Year’s Day in 1948, however, while traveling by train in a blinding snowstorm through Missouri to Arizona with their English maid, Violet Andrews, the three were among 14 killed when their Pullman car was struck by another train. The Weddells left their palatial home, Virginia House, named for Mrs. Weddell, and its considerable contents and elaborate gardens to the historical society.

On the morning of Dec. 7, a Navy Banshee fighter jet from Oceana Naval Base near Virginia Beach collided midair with another plane somewhere over Richmond. The Navy pilot parachuted out, landing safely in Highland Park. At 9:23 the heavy fuselage crashed between two brick homes on Tonbridge Road in Windsor Farms, damaging both. Just three blocks away, Mary Munford Elementary School was in session. An observer said the flames were like napalm. A resident of a damaged house, Jean Davis, pulled two of her children from their burning home but panicked when she realized her 6-month-old son was in his crib on the second floor. Leland McCauley, who was working construction nearby, scaled the walls of the house, Spiderman-like, threw open a window and grabbed baby Charles, bringing him down “like a football under his arm.” Because of McCauley’s quick action and the happy ending, a hero was born. 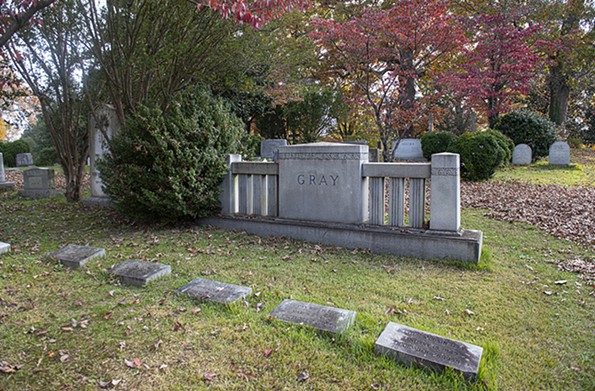 Most members of the Horace A. and Catherine Gray family had gone to bed on Christmas night when fire broke out in their handsome, seven-bedroom brick manse on Clovelly Road in Windsor Farms. The prominent businessman, his wife and their children, Susan, 19, Thomas 17, and Foster 13, perished. The eldest son, Horace III, 22, then serving in the U.S. Coast Guard, had been out for part of the evening before returning to the tragic scene. 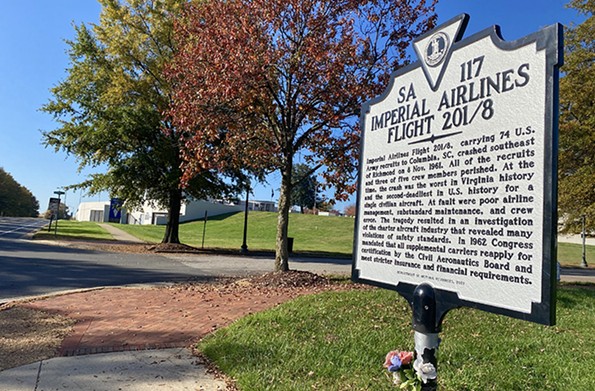 In early November, as many thoughts were turning to the approaching holidays, Richmond experienced its worst airplane crash ever. At 9:30 p.m. on Nov. 7 a chartered Imperial Airlines plane attempted an emergency landing and crashed near Byrd Field, now Richmond International Airport. It was en route from Newark, New Jersey, to Fort Jackson, South Carolina with five crewmen and 74 Army recruits, mostly teenagers, aboard.  The wreckage was lodged tightly between thick pine trees and the brush of eastern Henrico County and all on board but two of the crew died, either from suffocation or burns while attempting to escape the cabin. Recruit Robert Poole of Front Royal had been the only Virginian on board. A highway historical marker near the Virginia War Memorial on South Second Street memorializes the dead. 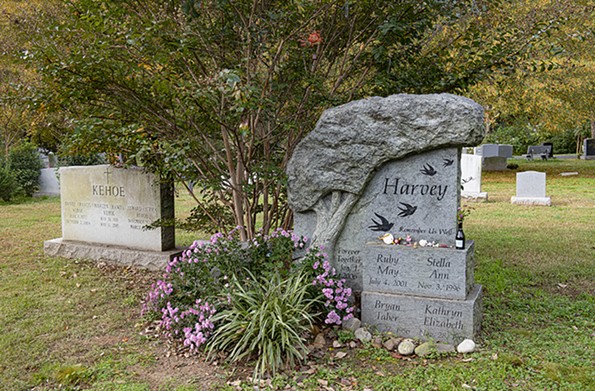 Although 15 years will have passed, this coming Jan. 1 should still be wrenching for those remembering one of the heinous tragedies in Richmond history. Kathryn Harvey, a co-owner of the World of Mirth store, and her husband, Bryan Harvey, a musician with the popular House of Freaks rock group, were preparing for an afternoon New Year’s Day gathering at their home in Woodland Heights when two intruders brutally murdered them and their daughters, Stella Ann, 9, and Ruby May, 4. Their graves in Hollywood Cemetery are a pilgrimage destination for those still mourning this talented and promising family. But the horror and human losses didn’t end with these deaths. Before being apprehended, on Jan. 6 the murderers continued their carnage by killing Ashley Baskerville, 21, and her mother and stepfather, Mary Baskerville-Tucker and Percyell Tucker in their home on East Broad Rock Road. 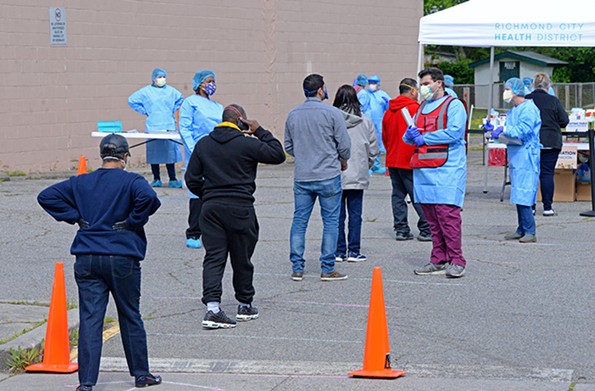 This year, the coronavirus adds another chapter to Richmond’s history of trying and sometimes tragic holiday seasons. As of Saturday Dec. 5, metropolitan Richmond – the city, Chesterfield, Hanover, Goochland and Henrico – had nearly 6,000 cases and 540 deaths, with a total of 255,000 reported cases and 4,197 deaths attributed to the pandemic throughout Virginia.