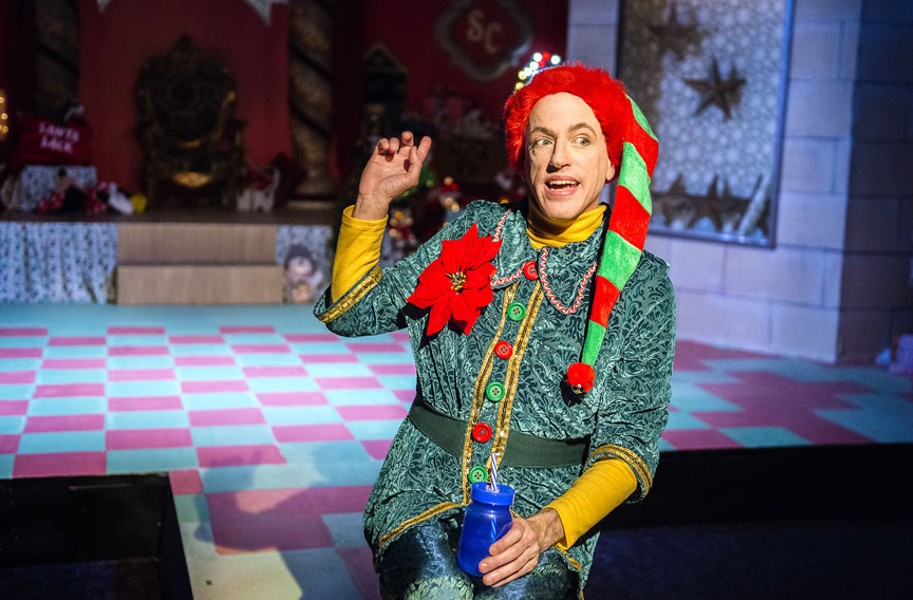 It's the holidays and you're bored. Checking out the neighborhood's Christmas lights no longer holds a thrill. Hollywood's latest slate of films is the standard holiday slop. Even "A Christmas Story" has lost its charm after the thousandth viewing. It seems that the holiday blues might be setting in again.

Fear not, dear Richmonder. This city's fine theater companies have you covered, with four shows to choose from. It might not be a Christmas miracle, but it might be enough to keep you from strangling your in-laws. 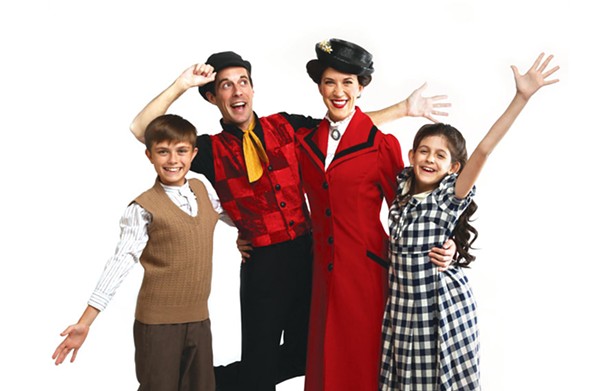 Virginia Repertory Theatre's big musical of the season is based both on the 1964 Disney film and the original Mary Poppins children's books of P.L. Travers. Starring Stacey Cabaj, this show features all of the supercalifragilistic-expialidocious songs and spoonfuls of sugar you enjoyed as a child. The cast includes plenty of Richmond regulars, including John Moon, Andrea Rivette, Robyn O'Neill and Debra Wagoner.

"The Santaland Diaries" and "Season's Greetings"

For those looking to embrace the dark side of the holidays, Richmond Triangle Players' show is just the ticket. Paired together, "The Santaland Diaries" and "Season's Greetings" are two single-performer one-acts based on works by humorist David Sedaris. The first recounts Sedaris' own experience working as an elf in Macy's Christmas display. The second centers on Jocelyn Dunbar, an overly cheery housewife who recounts the past year's awful news in her Christmas newsletter. Starring Robert Throckmorton and Jacqueline Jones, the show is a restaging from 2004 and looks to be hysterically funny.

Do you love the Andrews Sisters, but secretly wish their songs were performed by men in drag? Swift Creek Mill Theatre has the perfect show for you. Set during World War II on an island in the Pacific, the Andrews Sisters are about to perform a USO show when they contract the chicken pox. As the show must go on, three brothers — conveniently with the last name of Andrews — decide to dress in drag and take their place. Ian Page, Caleb Wade and P.J. Llewellyn sing in flawless harmony as the brothers, joined by Georgia Rogers Farmer as a singing pinup girl.

Ever since Grandpa was visited by the Blessed Mother in his barbershop in 1942, the Nowaks of Buffalo, New York, thought they were special. Even as urban decay set in around them, the Nowaks' 20-foot shrine commemorating the visit has been seen as a symbol of hope by their community. Now, Grandpa's deathbed confession has rattled the family. Directed by Debra Clinton and starring Catherine Shaffner, Donna Marie Miller, Audra Honaker and John Mincks, "Miracle on South Division Street" is a gentle holiday comedy.