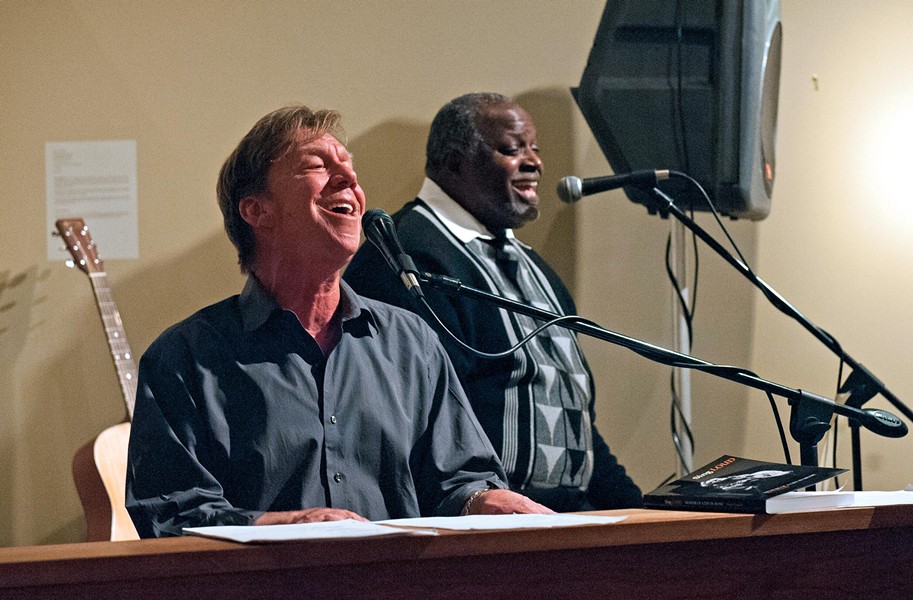 Writing a memoir is a type of death — an elegy for what must be purged from the brain's memory and for what resonates once it's bled out.

At 63, local rhythm and blues singer and keyboardist Steve Bassett might be slighter than his former self, but his eyes remain full of light, his demeanor youthful and wry, and he's busting with stories from a long musical career that began in earnest in the Richmond of the 1970s. He recently wrote and self-published "Sing Loud: Memoir of a Life in Music" ($19.95).

Bassett is easy to talk to but seems a bit unnerved by the crowd on a recent Saturday at New York Deli. His personal stories often lead to deeper reflections. "People won't remember your songs," he says. "They'll remember you because you rang a bell within them."

Bassett knew that he was a performer at an early age. His interests were encouraged, he found stage and singing success in grade school and he followed his "heart intelligence" by pursuing love, spiritual training and mind expansion as a child of the 1960s. "I've been spoiled," he says. "Things happened early for me."

He's referring to early successes that led him in 1982 to meet and sign with hall of fame producers John Hammond Sr. and Jerry Wexler in New York. Through no fault of his own, the deal didn't pan out. The industry was in transition as it always is. But those early relationships Bassett forged with "the masters" blossomed into a new artistic life. That's one reason he wrote the memoir, he says: "to show my local fans what I was doing away from Richmond."

What he was doing was playing Carnegie Hall, Austin City Limits and Conan O'Brien. Through a close friendship and professional relationship with Texan blues frontman Delbert McClinton, Bassett rubbed elbows with any number of big stars: John Fogerty, B.B. King, Bonnie Raitt, Dr. John, and once, he recalls, he even "burned one with Willie [Nelson] in his bus."

But his memoir doesn't read like other telltale rock-umentaries. Things never came easy and Bassett never found sustained success. Nor did he get addicted or piss it all away or need to make a comeback. Instead Bassett hustled and stayed the course. Creative control always was more important than money, he says, and he remained his own boss. He's been running from venue to venue for decades.

"I still enjoy moving gear around from trailer to trailer," Bassett writes, "and the physical demands of sleep deprivation." It seems apparent from the book that he survived by relying on some inner resource that doesn't exactly fit the pattern for show biz or an instant-gratification culture whose war cry is to conquer and burn out fast.

Like his stories, Bassett's book tends to wander down a rabbit hole or two. It finds a beautiful meditative clearing only to dive back into chaos. While some might be uncomfortable with woven narrative, he wrote it "just as I remembered it," he says. The style resembles the person it depicts: a traveling songwriter trying to make it home alive.

On the surface, Bassett is a man of contradictions He's a performer who shuns the spotlight. He's a traveler who treasures his home life. He's an ambassador of club life who never feels comfortable in a bustling crowd. "It's all about finding a balance," he says. "I've only wanted to be heard [and] to share love with people."

In an industry often overloaded on celebrity, sell outs, sharp dealings and tragedy, Bassett's memoir comes as a humble, clear-eyed recollection of his hard-fought love affair with the music business. If there's a lesson in the book, it's simply about how you can rely on things like ethics and honesty to stay true to yourself and in touch with a spiritual center. Bassett never diverged.

"I had myself to live with in the midnight hour," he says. S

Bassett holds a book signing at Chop Suey Books in Carytown on March 8, from 2-5 p.m. Information at stevebassettmusic.com.