With the Redskins coming to town, where does that leave the Flying Squirrels? 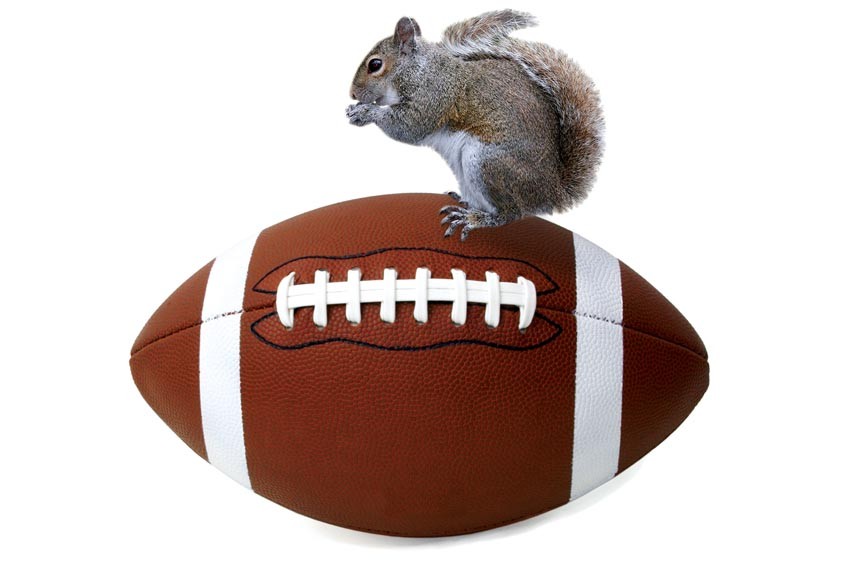 What will happen in the summer of 2013 when the Richmond Flying Squirrels must share the local sports spotlight with the Washington Redskins?

I've been asked multiple times during the past month, on and away from my radio show, what the Flying Squirrels' owners must think of the Redskins' moving their training camp — which begins in late July and lasts about two weeks — from Ashburn to Richmond.

For starters, I don't speak for the Squirrels and I've never run a baseball team, especially one in Richmond. But if I was in the position of Todd "Parney" Parnell, vice president and chief operating officer for the team, my foreshadowing would see this as good news, simply for the potential new faces it can attract to this area and in turn, potential new ticket buyers.

The Redskins' bringing people to the area will be tremendous new exposure for this town's baseball team. In early August, the Skins drew 25,000 people to their practice facility in Northern Virginia for fan appreciation day. That was 25,000 fans from not only Washington but also other neighboring states.

So imagine on a brutal hot and humid Saturday afternoon, when 25,000 people descend on Richmond to see their favorite football team. When the gridiron festivities are done at 4 p.m., what's there to do next? Get a bite to eat? Stick around for a baseball game?

There's a good chance fans from Fredericksburg or Charlottesville will come to Richmond for a day to see Leonard Hankerson and Brian Orakpo but stay for a Squirrels game before they head home. Maybe Coach Mike Shanahan finds five minutes to come over to throw out the first pitch to former Richmond Spider Tim Hightower, now a running back for Washington, at The Diamond?

If just a thousand fans choose that scenario next year at fan appreciation day, it's money in the bank for the Flying Squirrels.

The Squirrels shouldn't be concerned with fans losing focus on baseball — but rather the powers that be. And they have good reason to be worried.

The Squirrels have been in Richmond for three years, and plans to build a $50 million ballpark — which the owners were promised in 2009 — have gone absolutely nowhere. It isn't that the Squirrels are competing with the Redskins for funding. Mayor Dwight Jones has earmarked $400,000 to help pay for the construction of two new fields and other training facilities for the Redskins. The new stadium is expected to cost upward of $50 million.

The real threat is political. As Mayor Dwight Jones and this city prepare for the Redskins arrival and the UCI Road World Championships in 2015, it's difficult to see where the Squirrels, and the new stadium, will fit in terms of priorities. At Jones' re-election campaign kickoff in early June, the mayor rattled off a list of accomplishments, and things to come. The Squirrels were wedged somewhere between the Richmond Kickers, the Richmond Raiders, bicycling and the Redskins in terms of political flash points. And there was no mention of any ballpark.

Jones proudly proclaimed that Richmond is "a place where the Kickers kick, the Raiders raid, and we welcome baseball back with our Squirrels. We're Hoopstown USA, thanks to the Spiders and the Rams. And in 2015 we're going to take the international stage when we host the world cycling championships."

But the real applause was reserved for the Redskins.

"And did I fail to mention that the Washington Redskins will have their training camp in the city of Richmond for an eight-year run?" Jones said.

The Squirrels have one of the best marketing teams in minor league baseball, and the club has invested millions of dollars in Richmond. In March, Jones announced that the city will use part of a $62.5 million loan payoff from the Richmond Metropolitan Authority to help finance a new ballpark because "when it's time to play ball, we want to be ready to step to the plate."

But in years to come, the city can't avoid what to do, where to put or how to finance a new stadium. The city can't keep thinking that Henrico and Chesterfield counties eventually will change their minds and suddenly agree to help finance the ballpark.

As reported in a July 31 article in the Richmond Times-Dispatch, Henrico Board of Supervisors Chairman Richard W. Glover told Jones in a private dinner meeting of regional officials that he wasn't interested in having Henrico help to pay for a new stadium.

If the Squirrels are going to get a new stadium, City Hall is going to have to lead the charge and, more than likely, get creative on how to foot most of the bill.

Mayor Jones and the city will see and promote the economic benefits of having the Redskins and the bicycle race in Richmond and all the money that tourism brings, but they need to remember what team makes its home here all year long.

They also need to remember that this city and another baseball team danced around the stadium issue for years. If we don't learn from history, aren't we doomed to repeat it? S