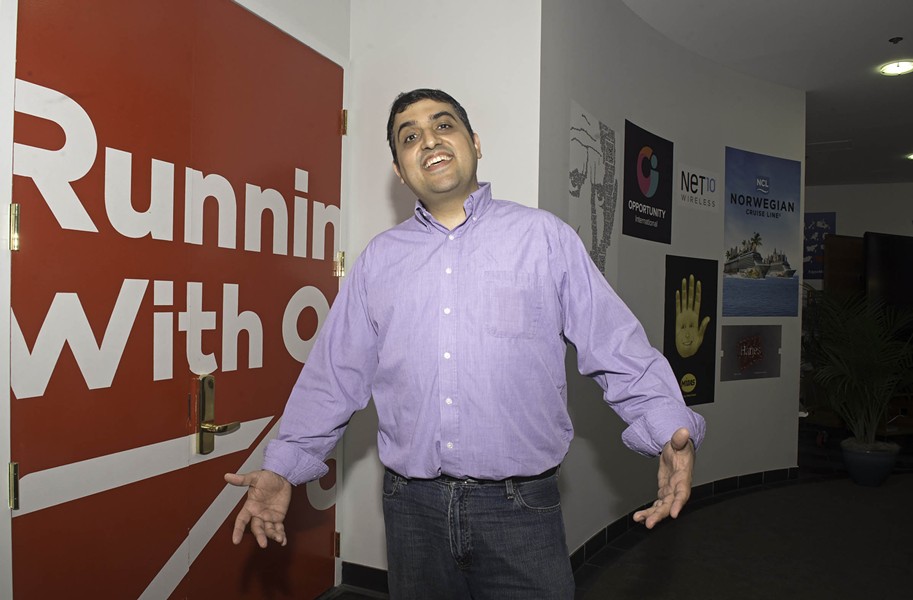 Roben Farzad grew up explaining American culture to his parents, who fled from Iran with him just before the 1979 revolution.

When he graduated from college, he briefly took a job at Goldman Sachs, then realized he'd rather explain what he saw than do it himself. A few years later, the bank was among the few at the center of the worldwide crash.

"Where so many people got burned," Farzad says, "there was really this chasm of understanding."

After nine years as a journalist for Bloomberg Businessweek, the Manhattanite turned Richmonder hopes to reach a wider audience with a radio show called "Full Disclosure," which started taping at the Martin Agency this month.

Geoff Bennett, a former National Public Radio editor who is co-producing the show from Washington, says he sees Farzad connecting with a young audience unaccustomed to caring about economic news.

"There are very few people who can talk about business so eloquently," he says, "but also in a way that's easy to understand."

It's a skill Farzad says he's honed since explaining the Iranian hostage crisis as he watched it on "Nightline" as a 5-year-old. "To this day," he says, "I judge myself by how well I can explain things to my Mom or Dad."

Yes, his guests will include economic analysts and captains of industry. But Farzad wants small-business owners and other ignored voices alongside them. A series of pilot episodes features a "reformed" broker who turned to religion and Robert Platshorn, the longest-serving nonviolent marijuana prisoner.

"I want to ask the kinds of questions that make people uncomfortable, but that you will learn something from," Farzad says. "I didn't want to go the traditional route."

Farzad has found partners at the Martin Agency who are providing creative support for the show, and is discussing co-production with Virginia Commonwealth University. While his sights are set on NPR distribution, "Full Disclosure" will be available free as a podcast and on SoundCloud this week.

Farzad moved here from Manhattan in 2010 to be with his wife's family, describing it as a "medicinal experience" that led him to call Richmond home permanently. He says the city's position as a regional finance and creative capital makes it the ideal backdrop for a program that approaches finance differently.

"Normally you'd do [a show like this] out of New York or D.C.," Farzad says, "but I've found some great collaborators in town. Why shouldn't Richmond be on the media conversation map?"

Update: The first episode of "Full Disclosure" is now up on SoundCloud.