A joint venture of "Before It Hits Home" struggles and soars. 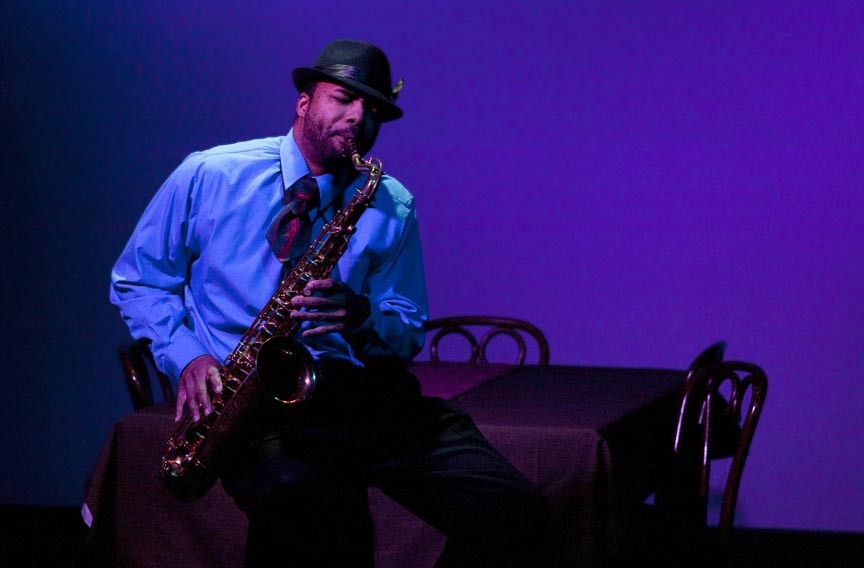 I've heard people say that Richmond lags a generation behind the curve when it comes to some things. So perhaps the play "Before It Hits Home," produced by a collaboration of the Richmond Triangle Players and Petersburg's Sycamore Rouge, is arriving right on schedule.

Still, even for Richmonders, some aspects of this AIDS-centric drama, which won a Helen Hayes Award for outstanding new play in 1992, will feel dated in its depiction of a health crisis and a culture that has changed dramatically during the past 21 years. The production delivers a powerful punch in a few scenes focused on family dynamics, but it struggles to overcome some performance hiccups and find a steady rhythm.

Set in the early '90s when contraction of HIV or AIDS was considered a death sentence, "Home" follows bisexual saxophone player Wendal (Delvin Young) through the discovery of his AIDS status, his reluctant revelation to his lovers and estranged family, and the coping — and lack thereof — of those in response. Perhaps the most nuanced character is Douglass (Thomas Nowlin), closeted and married with kids but obviously in love with Wendal. By contrast, his girlfriend, Simone (Jasmine Hammond), ends up a one-dimensional stand-in for all of the women who have been lied to about AIDS. Wendal's mother, Reba (Belinda Todd), and father, Bailey (Toney Cobb), are understandably distraught, but where they end up after their initial shock provides the most interesting twist of the play.

The production does best portraying the loose, funny and sometimes chaotic life at Wendal's parents' house, where frequent houseguest Maybelle (Karla Brown) spars playfully with Bailey. And the arrival of Wendal's brother, Junior (Todd Patterson), on furlough from the Army, adds another level of tension. Director Shanea Taylor does a masterful job staging an extended scene in which Wendal tries to come clean to both Douglass and Simone, two separate interactions that are mashed together, intensifying the sense of torment for Wendal.

Some performances are uneven, though the actors likely will settle into their characters as the run progresses. Even during the course of the preview I attended, Young seemed to relax into the role of Wendal, his reserved manner breaking down as his character's health deteriorates. As the hopeful and supportive matriarch of the family, Todd has a hard road to travel when her world is upended, and her turn toward a harder edge doesn't come off convincingly. Both Todd and Cobb strain to find some of their lines, though Cobb's sheer bravado makes the last 10 minutes of the show appropriately devastating.

The production's technical elements are unremarkable, though Andrew Bonniwell's lighting design spruces up some scenes. The set designed by Philip Milone offers no frills, consisting mostly of a table that doubles as a hospital bed and a couch, and Margarette Joyner's costumes are similarly simple. Scenes like one where Maybelle bundles up head-to-toe to avoid even incidental contact with Wendal are anachronisms that throw this show off-balance, a problem Taylor and her crew can't quite overcome. S

"Before It Hits Home" runs at Richmond Triangle Players through Feb. 9, and then continues at Sycamore Rouge in Petersburg from Feb. 22 to March 10. Tickets can be purchased on rtriangle.org or sycamorerouge.org or by calling 346-8113 or 957-5707.